Trifecta, derived from the latin of: tri, meaning "three"... and fecta, meaning "awesome" is a subset of the Moped Army consisting of the three punk gangs: Black Black, ACR, and the Hot 'N' Readyz. These mythical groups were known to have saved the Moped Army from destroying itself by lameness. The symbolism of trifecta comes from the Zelda series of video games and is called the triforce. It stands for courage, power, and wisdom. The trifecta equivalent symbolism of Trifecta based on gang logos is: drugs, pizza, and darkness.

Trifecta was based out of denver, austin, and chicago, which forms a triangle on a map if you are drunk.

There is also a west coast version of trifecta which was called "Cryfecta" and consisted of the latebirds, creatures, and landsquids. Their trilogy was based primarily on whining. The cryfecta may not actually exist. 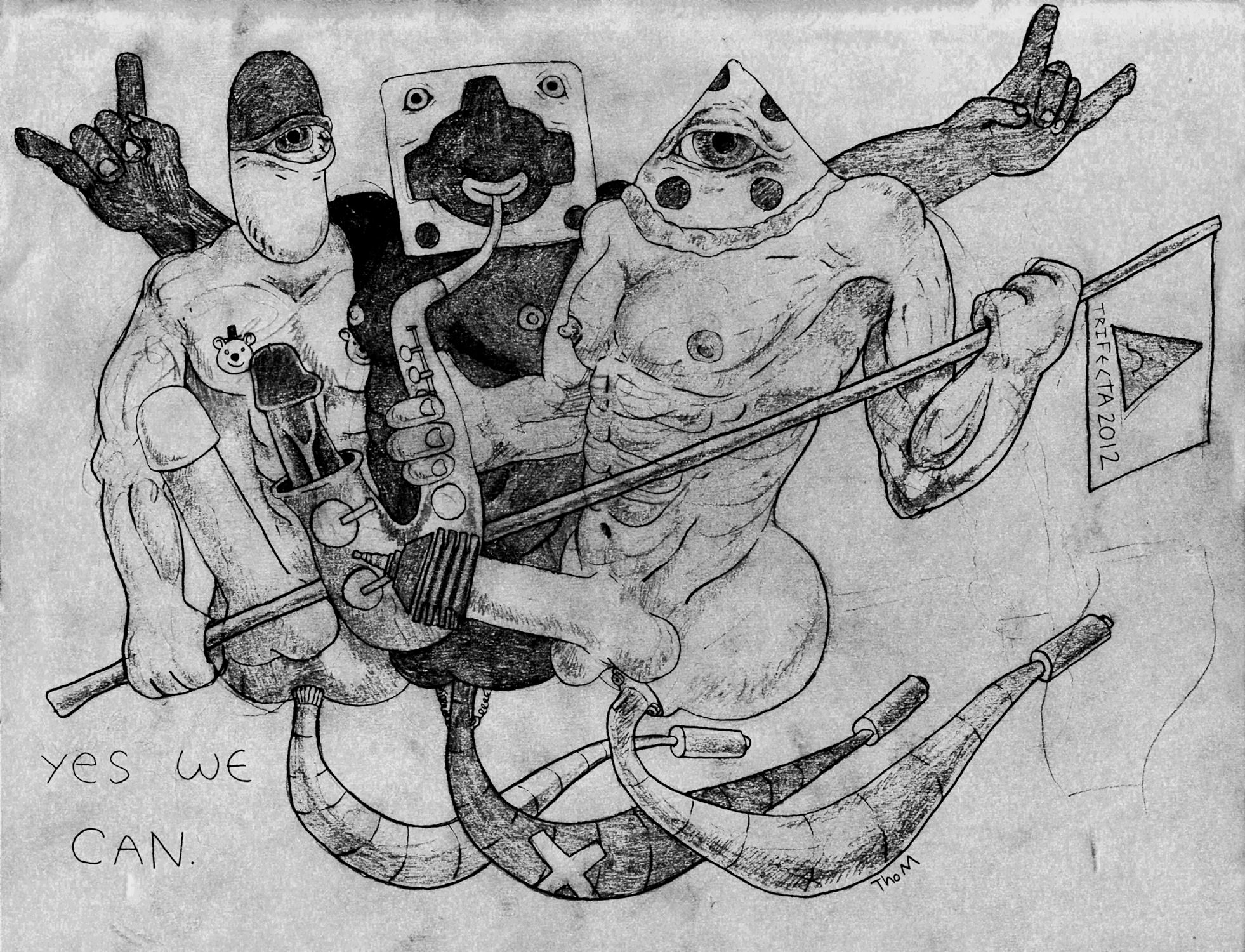