Oh, so it appears you have stumbled onto the path of eternal moped enlightenment, and wish to learn the secrets of THE SHANKS. Well, fine traveler of time and space and other places, I shan't waste your time, scroll forth and be befuddled

The River Colorado runs deep and wide through a fanciful off-beat city that only wishes to keep itself "weird". In previous years certain types of persons sought to build or obtain the fairest... nay, fastest moped in these lands. Riders would appear and disappear as soon as they had come, due to errors mechanical and human, leaving only bruised and battered bodies and egos, or a sad advert in the classifieds or on dive tavern doors, with claims of "ran when parked" and "no license needed". Eventually through this culling of these lesser moped riders, a noble few rose to a level of two-wheeled magic that was unquestionably indubitable. These few brave souls found it a necessity to hunt down the roads and components needed to test their galantry and knowledge of moped wizardry. By day they planned only for the test. casting 2-stroke spells and JB welds. In the cacophonous nights, framed with strange brews and sweet strange melodies, they would gather and test each others steel and rubber. Through these regular gatherings and tests a clan was forged. Relying heavily on the influence of speed, modifications, and danger it was decided that this clan would fly the banner of the Shank. For those not indoctrinated with the knowledge of what a shank is, I shall provide definition, a shank is a hastily improvised weapon meant to cut or stab, in this case an adjustable wrench with the handle filed to a razor's edge draws the perfect comparison to the ideals of speed, modifications and danger. So, thusly our fateful clan rallied under this banner and reveled in the comradery and glory befit these titans of culture. 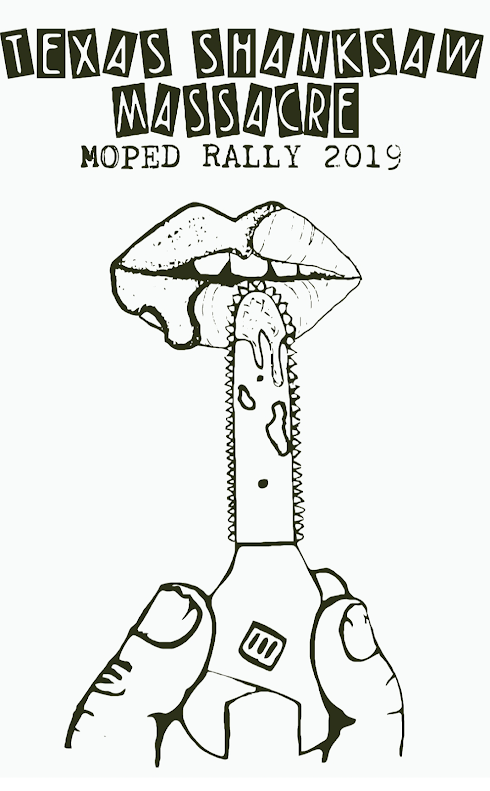 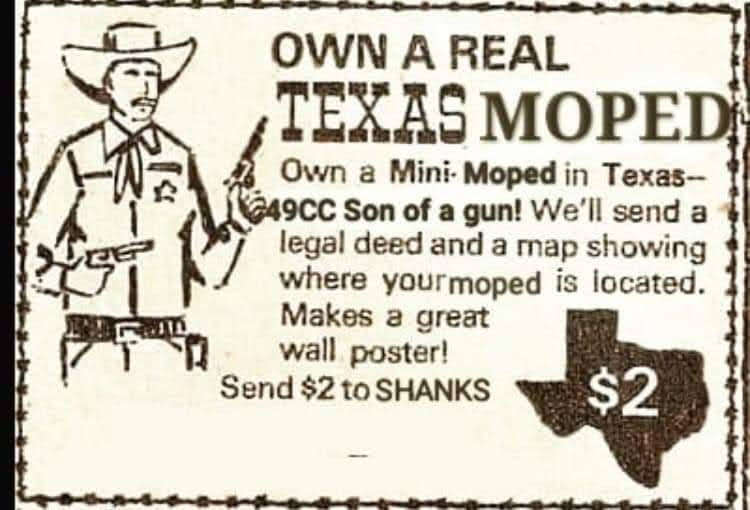