Originally calling themselves the Long Beach Skid Marks... David Golz, Bryan Colliver, and James Culver went riding for the first time together after getting all three mopeds working. They decided to take multiple loops around the Long Beach Traffic Circle on PCH. James sees a cop, and bales (weak). While the LBPD pulls over David and Bryan, calling them a bunch of Knuckleheads. It was the summer of 2008. And started the greatest Long Beach moped gang ever! 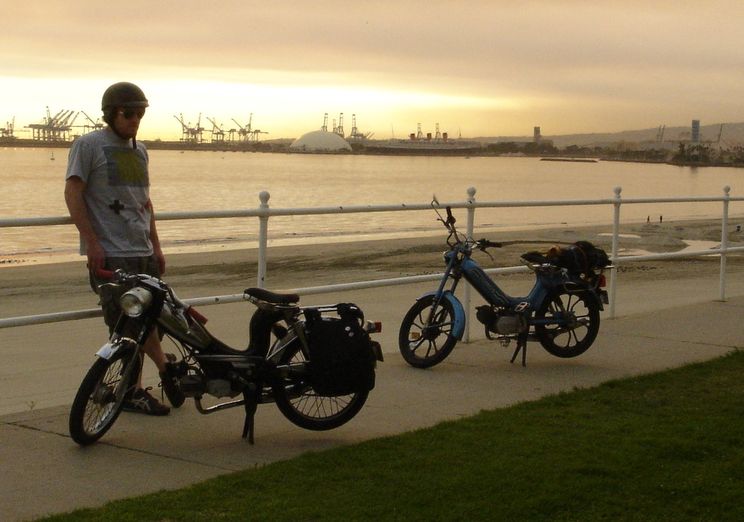