Jawa mopeds have garnered a reputation for their unreliable ignition units. Early 207 models employed the terribly unreliable "Tranizmo" unit while most 207s and all 210s were based on the thyristor. These contactlyess electronic ignition units are the forerunners to the modern CDI. The stock thyristor unit is a small black plastic box located under the right sidecover. It contains a diode, a capacitor and the thyristor itself wrapped in insulation. The thyristor is very heat-sensitive and, contained in this insualtion, is prone to burning out. A bad thyristor is indicated by inconsistent or a total lack of spark. 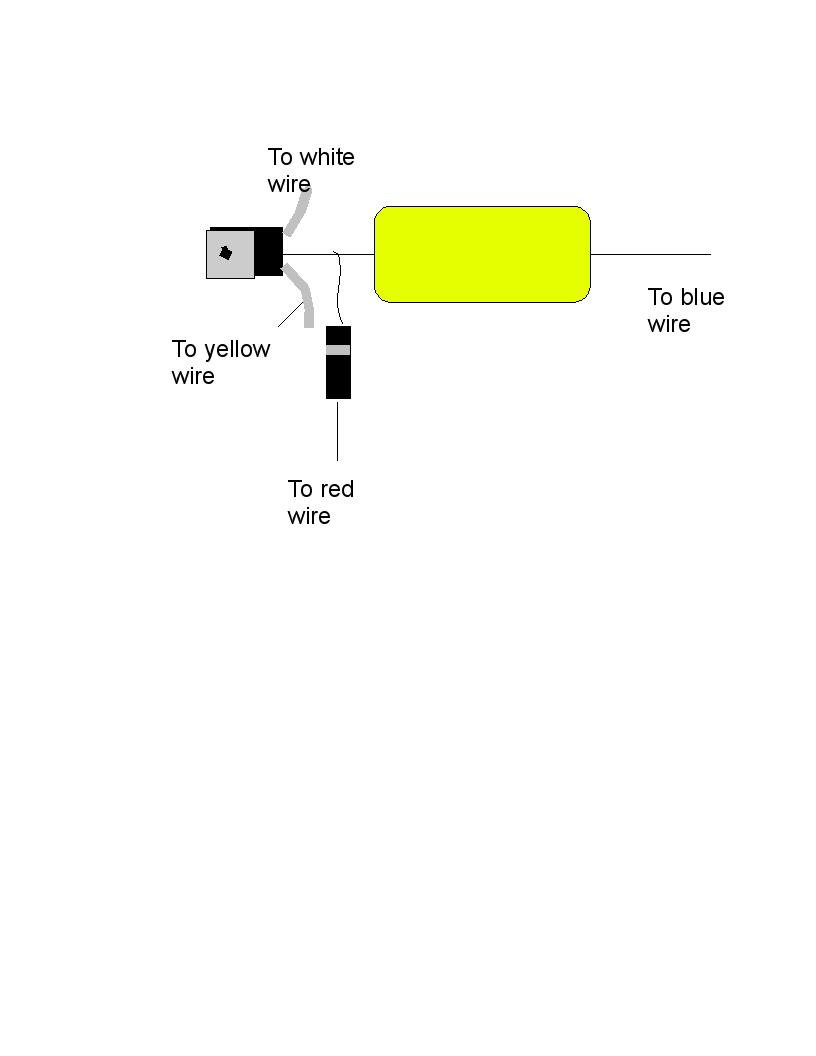 The one critical connection is between the Diode, Thyristor and capacitor. The center lead of the Thyristor is soldered to the banded end of the Diode as well as one end of the Capacitor. The illustration is drawn with the metal side of the Thyristor up, you can package or arrange it anyway you want, so long as the connections are made in this way. You may choose to use a heat sink on the thyristor, however, bear in mind that the the metal plate on the back of the thyristor is connected internally to the center lead so that if it touches ground in any way the unit will not function. Leaving the unit in in open air is already better cooling than being encased in epoxy, and even with that design weakness it still lasted 20 years. Again, soldering the unit directly is highly recommended but other types of connectors may be used. Order multiple thyristors and set up the unit in such a manner as to make the thyristor replaceable.

Here is a thyristor assembly using the same format with the correct thyristor and no heat sink, labeled for ease of replication. All connections are exactly the same as the previous photo. 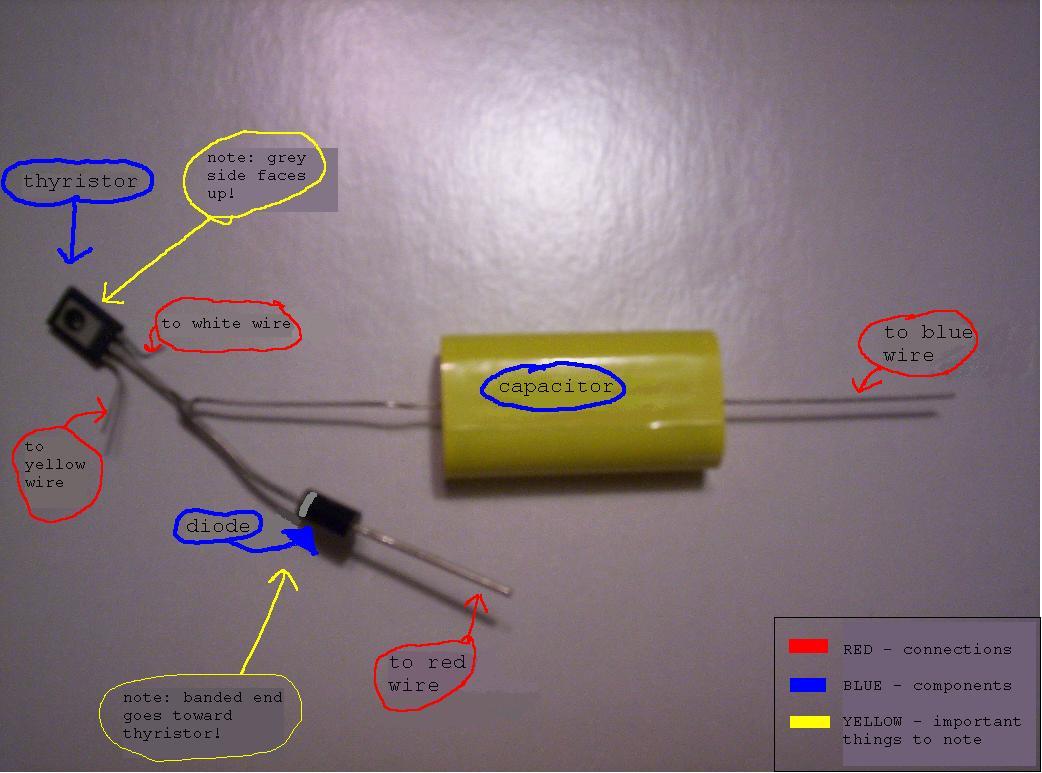 When assembled and installed, you should notice bright blue lazer balls erupting from your sparkplug.