How to Remove Carbon from your Engine with Seafoam

Seafoam is a great product that has been called a miracle fluid by many. It is used to clean carbon build up in cylinders, ports, and exhausts in any gas powered vehicle, and can be used on 2-stroke mopeds as well. If you think your ports are a bit clogged or your cylinder is a little nasty, and you want to try a different approach than taking your top end apart and clean by hand, this is a method that takes maybe ten minutes and has the potential to help your performance increase dramatically. But be careful, running too much of this can be damaging to your engine so be cautious, and remember better safe than sorry. 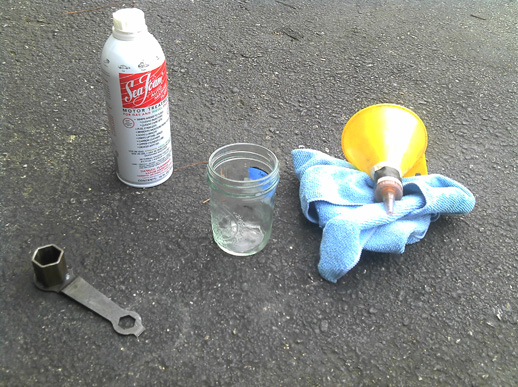 You won't need much. Just these few things:

• Seafoam: you can buy this at an autoparts store for around $10. It's enough to clean out a car engine a few times, so you'll have more than enough.

• Something to hold a hot spark plug with. I used a rag. Or just man up and do it with your hands.

Before you start, make sure you are in a well ventilated area. Outside is probably best. This is going to make some nasty smoke and you don't want to be in a closed space with this stuff trust me.

1. Pour some of the Seafoam into the cup. You don't need much. This is going to poured straight into your cylinder, and I've been told putting too much fluid in there can hydrolock your engine, but it's going to evaporate quickly anyways. Either way, it's probably a good idea to be cautious. Moped engines are tiny and you won't need much, just half an ounce or so. 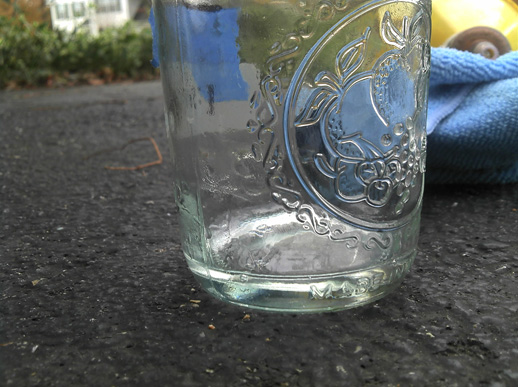 2. Warm your bike up riding around for a bit. Go out for more than a few minutes, you want your engine to be nice and hot before putting the fluid in there.

3. After it's nice and hot, take your spark plug out carefully. It's going to be hot (obviously). 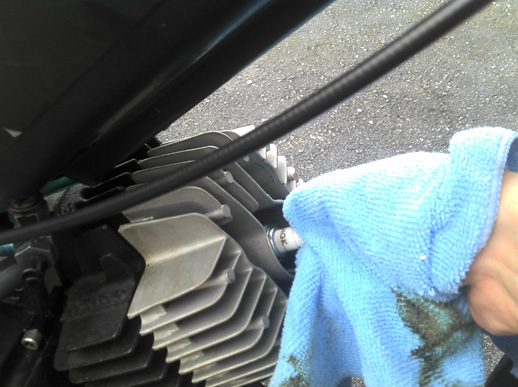 4. Sometimes I use a wrench or screw driver to make sure my piston is far down, as in the opposite of TDC. Just put the wrench or screw driver in the spark plug hole gently and turn your engine over until it's as deep as it can go. Ideally you'd like it as low as possible, but I've forgotten this step a few times and it wasn't the end of the world.

5. Pour the Seafoam directly into your cylinder. You might see some fumes coming out or hear some bubbling or whatever, just get it in there quickly. 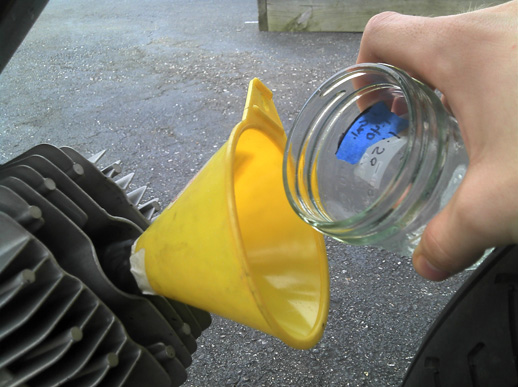 6. Quickly put the spark plug back in and tighten it down like normal. You need to do this quickly because you want to trap the fluid as well as the fumes it's creating in the cylinder. 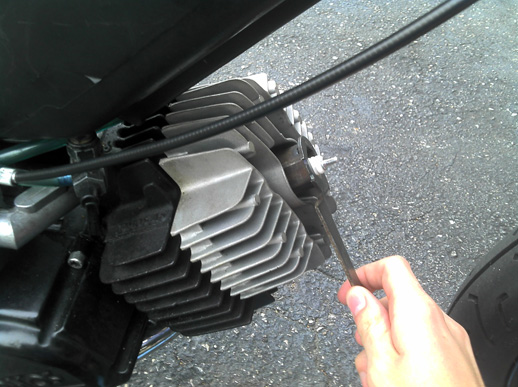 7. Wait about five minutes for the fumes and liquid to settle in.

8. Start your bike up. It's going to sound terrible and run rough. Slowly rev it up and down, and holding it in different places between idle and WOT. It should be decently loud and make a good amount of smoke. Keep doing this until the smoke somewhat clears out. After this point, I usually ride my bike around for a while, maybe 15 minutes, just to make sure all the Seafoam is really cleared out of the system. 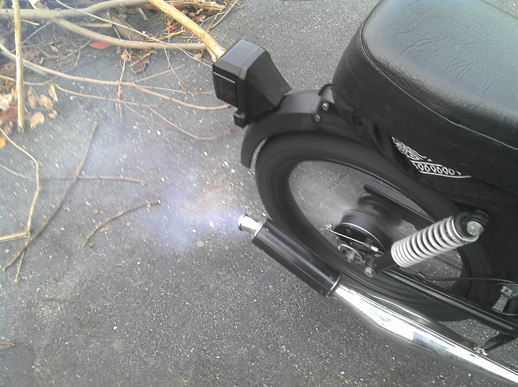 8. Repeat as necessary. I've done this once a day three days in a row just to clear this stuff out and get it clean as can be. It really helped out a lot.

Seafoam as a Fuel Additive

Seafoam is also a great additive for your fuel and can prevent carbon build up and make for easier starts. It's recommended to add about 2oz to every gallon of premix. It's probably a good idea to at least add it to the first tank of gas you put in after you clean your engine with Seafoam.