The service manual tells us to remove the bolt, and clean away. Note: if your tools is not at least 4-1/2" long, it won't reach far enough to do the job.

One Sunday afternoon, being bored, I thought — I'm going to cut apart an exhaust and find out what's inside. The following pictures speak for themselves. 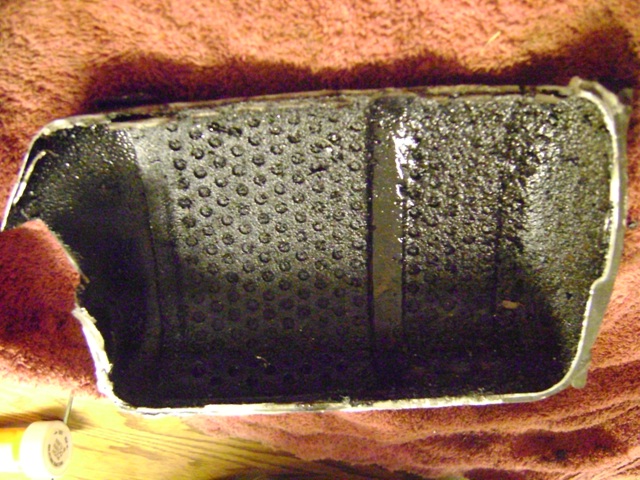 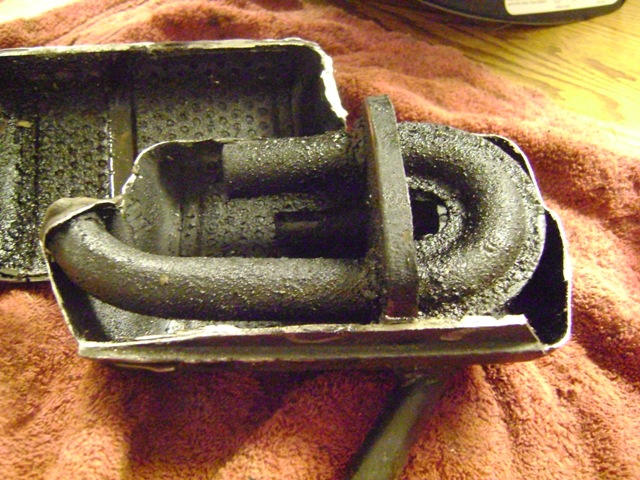 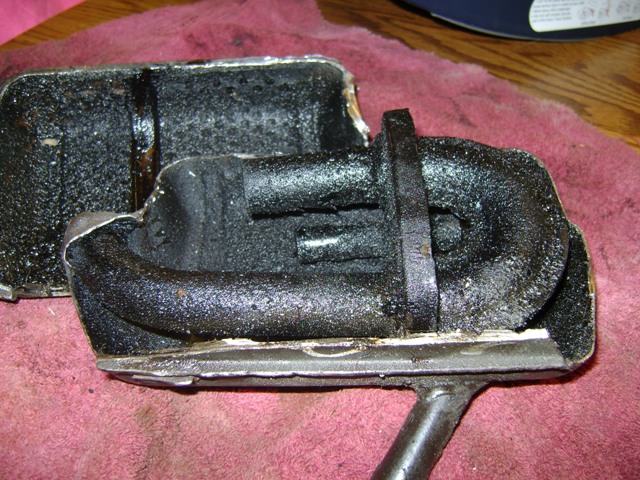 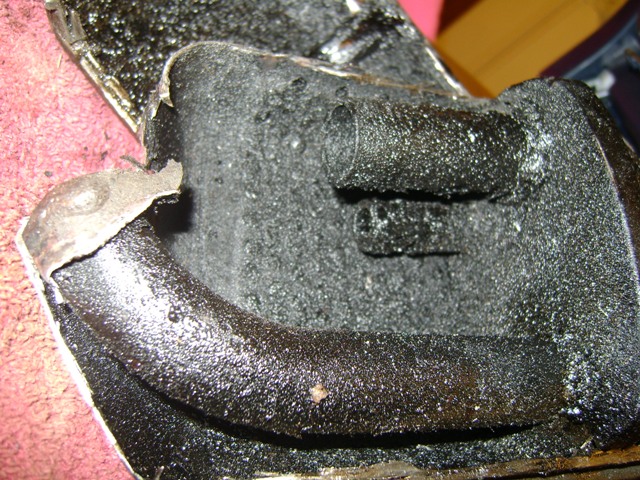 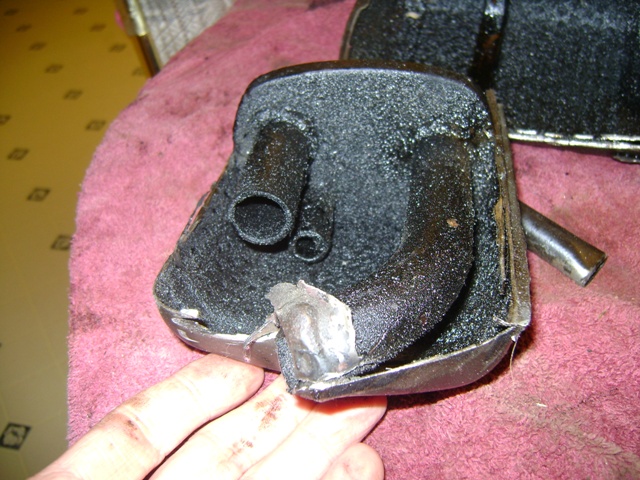 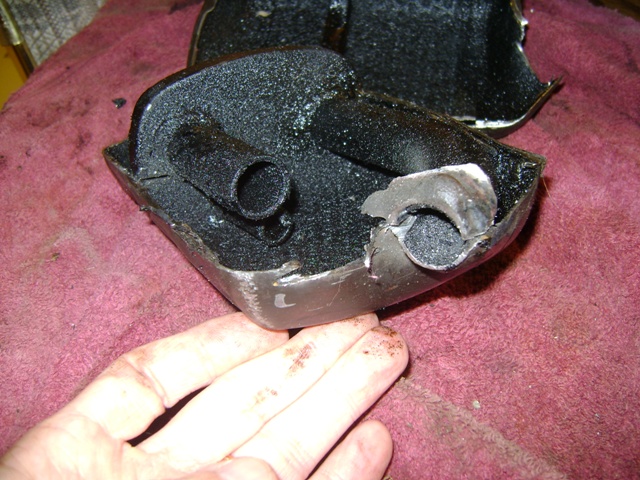 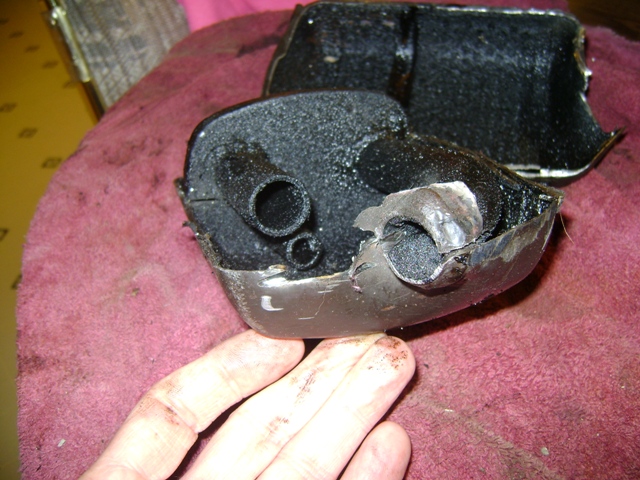 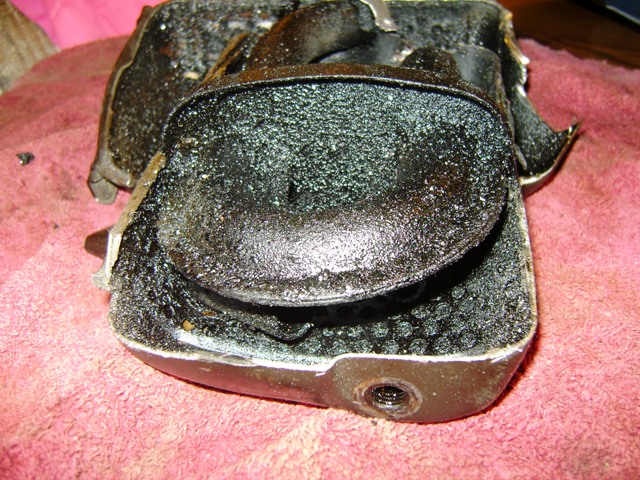 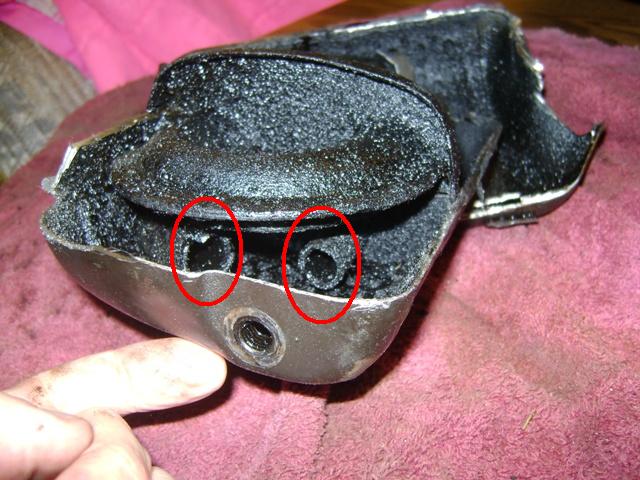 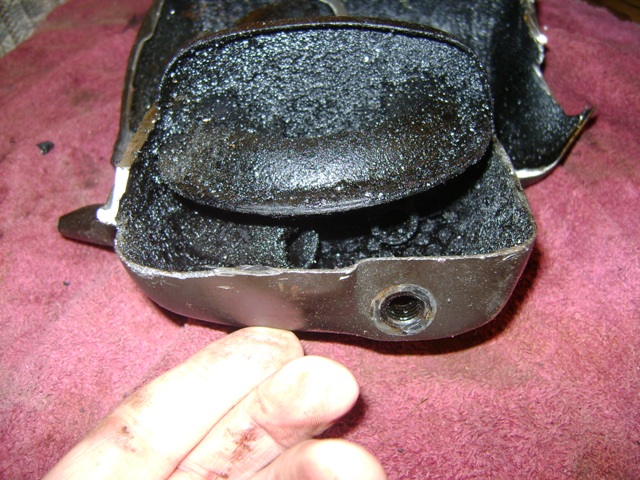 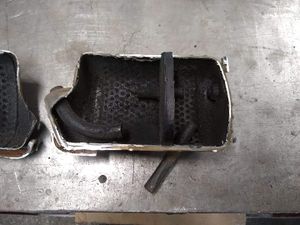