It was suggested that I put an article in the wiki pertaining to what I have learned the hard way. Another reason was the fact that when I Googled or researched the information just wasn't anywhere to be found.

First lesson: There simply are some things that are NOT covered in a service manual but can be referenced in a parts diagram. I learned this several years ago wrenching on Jap bikes in a shop. There are a couple of parts like this in the Honda Express NC50 transmission.

I had the job of putting back together correctly an Express transmission (for the first time ever) that someone else took apart. Upon riding I noticed the transmission sounded like a box of rocks when decelerating or riding over rough roads, potholes or transitions. It sounded like chain slap from inside the trans case. After much research and no answers I was looking through a parts diagram and there it was. The wave washer behind the final drive sprocket. I had found half of it in the bottom of the case when first working on the Express. I never found the other half or figured out where it went until later. This wave washer is referenced #14 in parts diagram and is NOT supposed to be flat. It acts as a cushion to absorb axial loads applied to the final chain sprocket shaft. That shaft also has a helical cut gear which engages a mating gear on the drive axle for the rear wheel. When decelerating that sprocket shaft needs the wave washer to prevent it from slamming into the back of case.

I will be adding more trans info about the express as time permits. 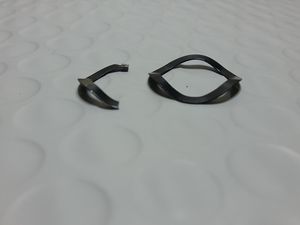 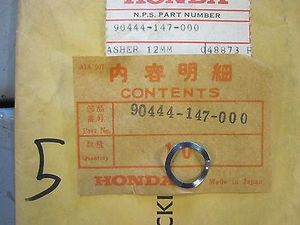 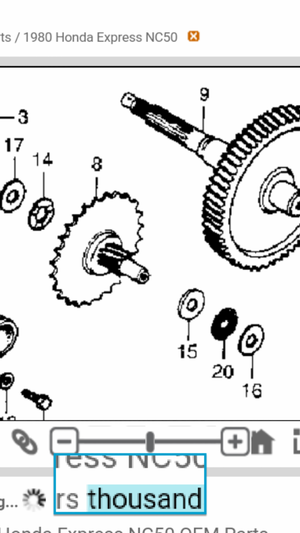 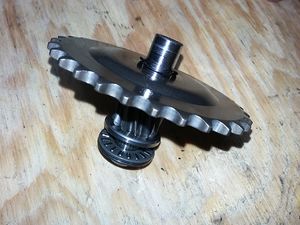 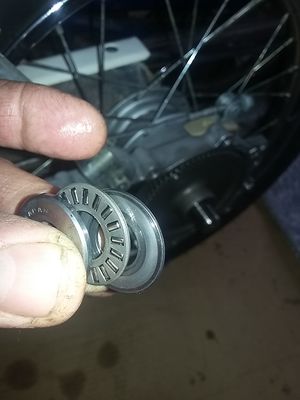 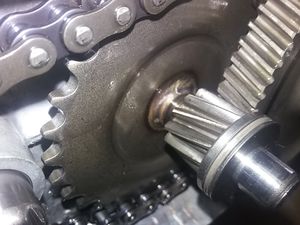