The headset is the component on a moped which provides a rotatable interface between the fork and the moped frame itself. The short tube through which the steerer of the fork runs is called the headtube. A typical headset consists of two cups which are pressed into the top and bottom of the headtube. Inside the two cups are bearings which provide a low friction contact between the bearing cup and the steerer. The top race is either one piece, or a tapered cone, lipped cover and lock nut. 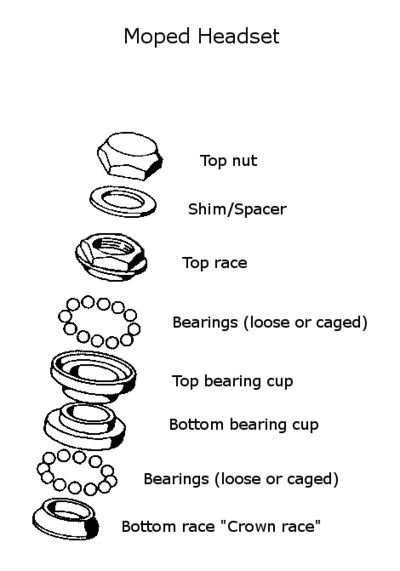 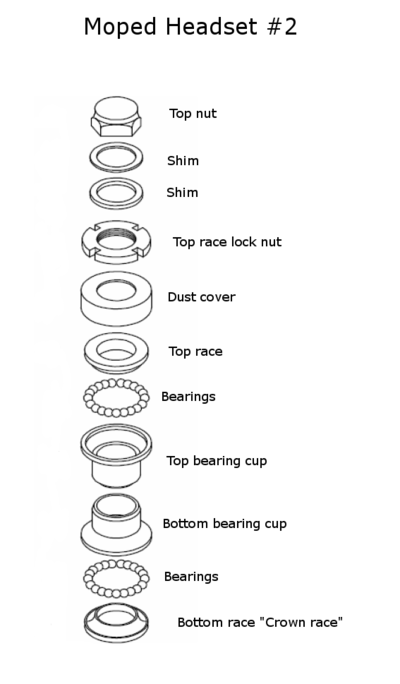