Morini Franco Motori S.p.A was a company based in Bolgna, Italy that designs and manufactures small engines for scooters, light motorcycles and mopeds. 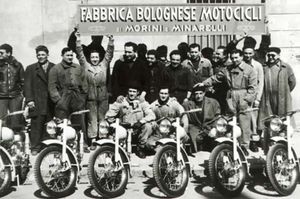 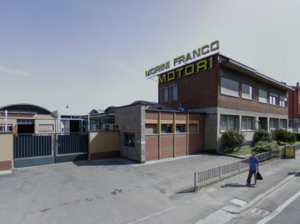 Motori Franco Morini had a factory in Bologna. At present only engines are made for mopeds, scooters and motorcycles of other factories. Until a few years ago, only two-stroke engines with a capacity of 50cc were produced, but since 1999 they also build an air-cooled 125cc single four-stroke and since 2001 even a water-cooled single four-stroke scooter engine of 400cc. All products of Franco Morini can be seen at their site [1]. 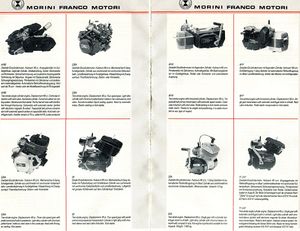 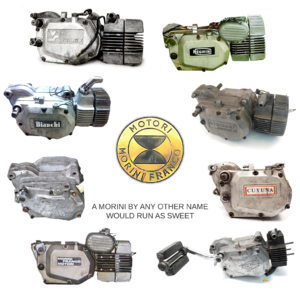 Many Morini engines of mopeds often get their own brand name (make) on the side-covers, like for instance "Malagutti". "Gyromat" Motors are the same as the MO1 with different badges side covers.

These engines are bomb proof and a fine piece of Italian wonder. Kits for these motors are rare but can be found; you just have to do some searching.

Rear view of the factory