The following information and best practices were developed by various Garelli dudes. For stock setups its very simple: keep it clean, keep the right oil level, use the right oil, and adjust that clutch engagement. For other setups, there are a few things that may need to be considered. 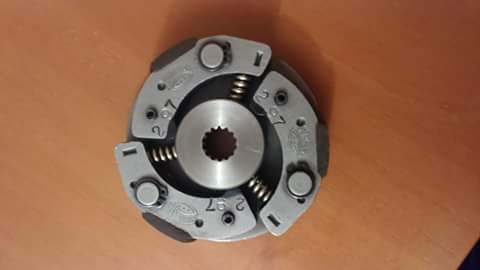 == 1 SPEED SECTION == A recent find by myself was that Garelli actually made a shoed clutch for the horizontal style engines! Its from a Garelli Gary uno, looks very similar to puch e50 and pretty much works same way with pedals and starter plate. They also have a kickstart version but theyre thin on the ground. The Garelli bells for these are non existent so I used a puch bell with garelli gear pressed into the middle, this is a direct swap.chuck the clutch in and hey presto it works! Ive have slso seen Gary due 2 speed clutches which have two sets of shoed clutches sandwiched in the bell, im sure they could be made to fit?

The 4 little rubber guys can get old and split in half. This will enable the starter plate and clutch bell to hit each other without much resistance. A tight rubber guy is good for absorbing some forces within the transmission. The bigger issue is when they fall out and get chewed up. They tend to clog oiler holes within the teeth of the clutches that sits on the crankshaft. These parts tend to seize if not properly oiled. Another issue is when they get within the clutch bells and get smeared all around within. The bike will try to engage almost constantly and idle issues abound. Parts of rubber can also roll between the main rubber and the bell causing much more stress to many parts not only because of the force of squishing rubber around in a tight space, but the imbalance it causes.

This plate uses the cork to push against the outer rubber. The bike essentially starts in 2nd speed, but the back wheel must turn in order for the bike to start. Often n00bs don't left off the clutch when trying to start and that's the time to laugh at them. If you take you clutch apart and you find that you have almost no cork left and the side of the disc is glazed over, you may flip the disc and use the cork on the other side.

Often abrupt shifting will cause the engagement plate to slap around within the outer clutch bell. You may experience this more often with a swelled clutch. This will cause the clutch engagement red area ([Fig 1]) to get mushroomed which increases the distance between them and intensifies the clanking between the parts when accelerating or abruptly downshifting to 1st on a hill. Instead of letting the engagement plate slide around independent of the cross piece, you can tighten it up with pop-rivets and transfer some of the force to that cross piece that is also contacting the outer bell. Not only do you spread out the force over the green area ([Fig 1]), but you also push the faces of these parts together. Be sure that you maintain proper cable tension on the clutch engagement. A dragging clutch engagement will cause idle issues and will intensify the mushrooming the effect on one side dramatically. 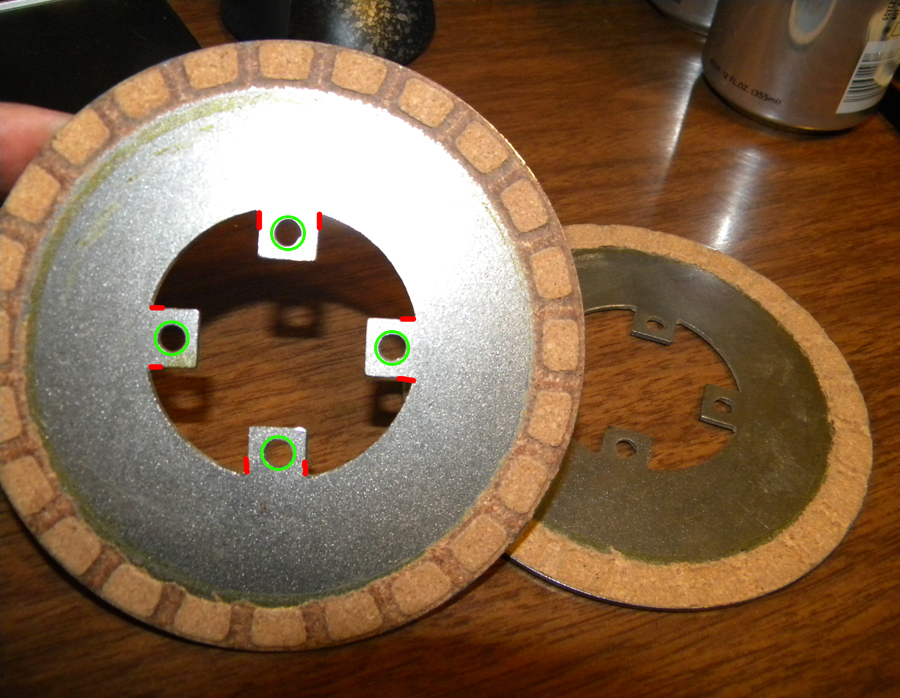 The pop-rivets ([Fig 2]) are ground down on a single side so that the plates can be flush. There are usually stainless steel pop-rivets available which may not be better for dis assembly, but could hold up better. I have run a set of 4 aluminum pop-rivets for a year and have not replaced them or any other parts 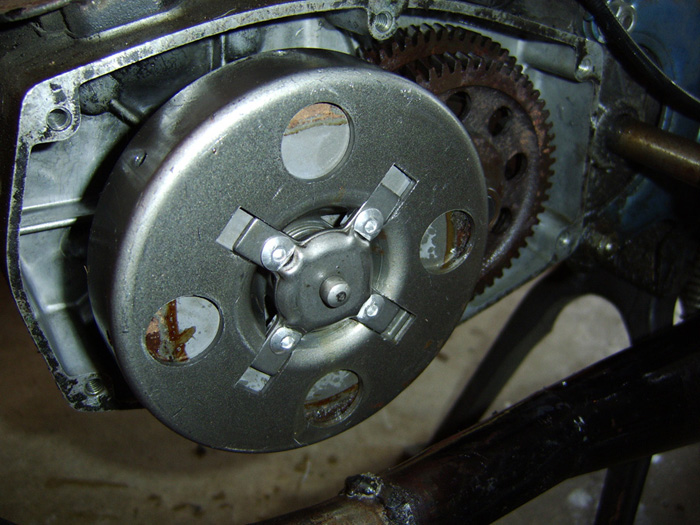 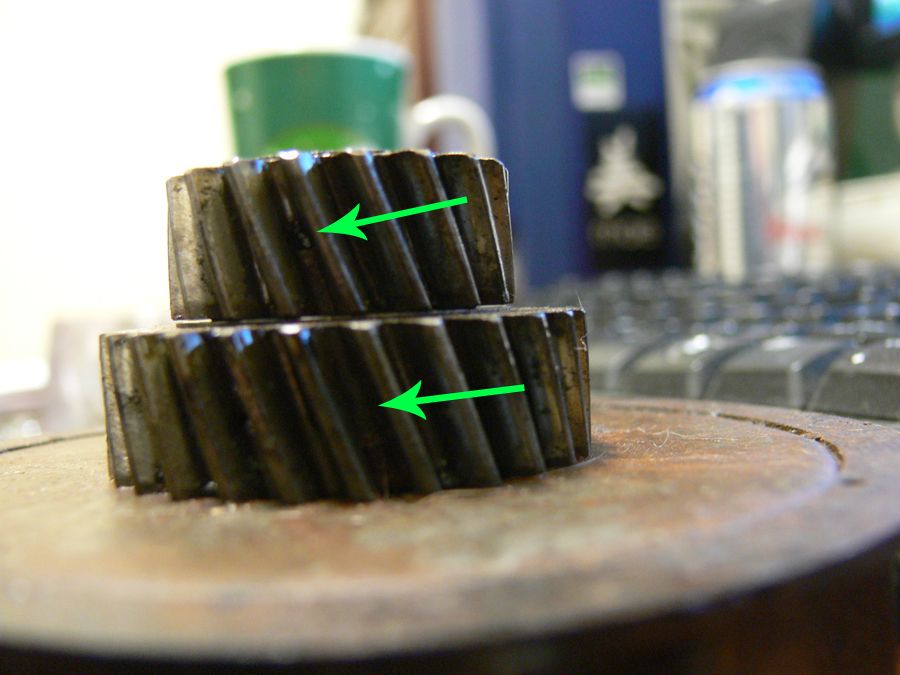