This article is a wikified version of this article from the resources section.

This article is for the people whose Puch Maxis only do 25 mph. This modification was performed on 1975 Puch Maxi-S, so it might be different if you have a Newport or another model/year. Before you get into this, get a locking washer and some blue locktite for reassembly. Trust me its necessary. The pressure and vibration in the exhaust pipe can rattle off mounting nuts and shoot out the baffle.

Let's start off by checking to see if your pipe is the same as the one used for this demonstration. First, you pull off the whole pipe unscrewing the 3 mounting bolts (2 going to the exhaust manifold and 1 going to the back of the pipe behind the pedal). Then, you unscrew the bolts holding the baffle in. Then slide out and separate the header pipe, exhaust shell and baffle.

What we will be working with is the header (fig.1) (the inner tube and the pipe that connects to the exhaust port). 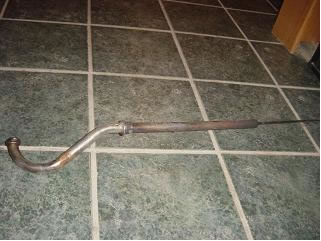 Look for two holes in the pipe right in the middle. (fig. 2) Some headers only have one hole near the end. Drill two 10mm holes at 250mm and 275mm from the end of the header tube. 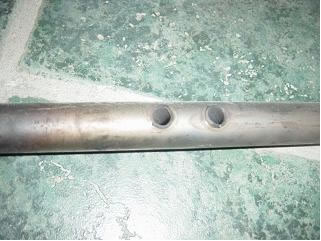 figure 2 -- This is what you are looking for. Now you know you have the same pipe as mine.

If you look carefully they are not really holes. They are small tubes going right through the header blocking your flow by about a third. We will pull those out by boring out the contacting metal on the things of each tube to de restrict the pipe. Drill bits will be used for this. (fig. 3) 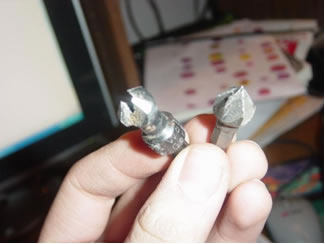 figure 3 -- These are the bits I used. I'm sure you can use a bigger drilling bit or dremel, but this is the most efficient way, unless you have a drill press. 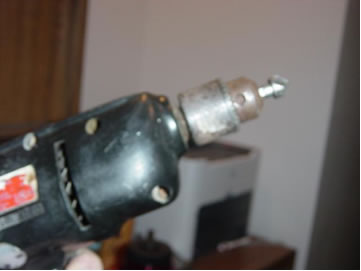 figure 4 -- I used a high power A/C drill. Any drill will work as long as it's fast but the more powerful the better. 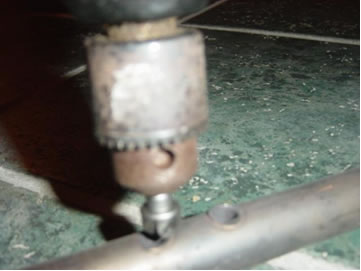 figure 5 -- You drill it like so, only to grind away the contact point of the pipe and those tubes not all the way through. 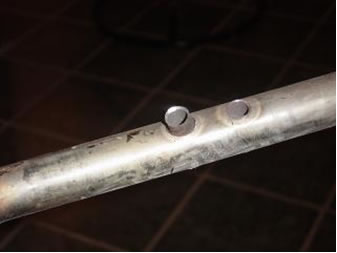 figure 6 -- Here is one bored out on both sides. The tube just falls out. 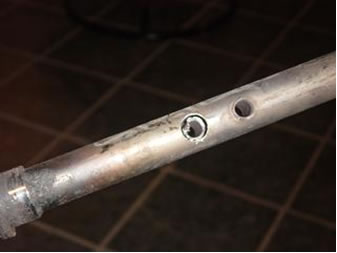 figure 7 -- Here it is from the other side. See? You only have to drill out the ends. 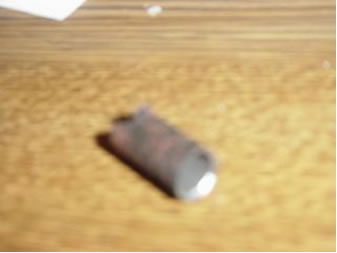 Repeat the process to the other hole and you have an unrestricted pipe! 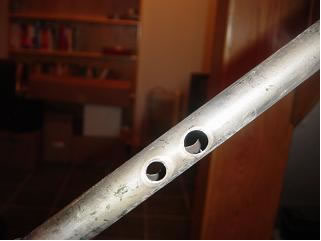 Some say to take this tube out of the baffle using pliers (fig.10). I didnt do it because those holes vent off the gas where the end is actually closed shut with the washer you are going to use. Removing this tube makes the bike a bit louder but some performance gains can be expected after tuning the carburetor. 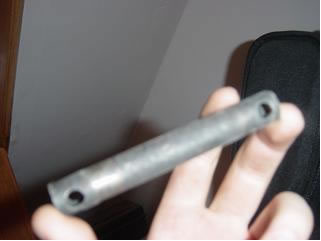 Final touch up:
Use the drill bit to clean all those holes in the baffle. Chances are they are caked over with carbon. When you reassemble the pipe, I suggest you use a locking washer. I had a hard time keeping that baffle on the first time I did this. The baffle would blast out and the tube would go over the nut. I suggest you use a: washer bigger than the tube | locking washer | bolt configuration -- all this over some blue locktite. I added another locking washer and bolt to be safe. It might not be necessary, but once you lose your baffle in the road there's no finding it.

About up-jetting:
When I bought my 1975 Maxi-S, it came stock with a 14mm/14mm carburetor and manifold with a 64 main jet. After doing this modification, I did not upjet and did not run a plug chop. You might have to up-jet and might not. Remember, I did just this and got an extra 5 mph instant. The pictures here are just what I did right now to my friend's moped. Oddly enough, it's a 1975 Maxi-S also and it came with a 14mm/14mm carburetor and manifold but with a 60 jet. I remember this thing running way too lean and I had to tape over the air box to choke it up some. Maybe it lost its restrictor. So if you have any restriction in the snorkel of your air box, take that out. After doing so, a plug chop and some carburetor tuning is always suggested.

Have fun and happy pedding!