How to test if a condenser is good or bad

(Redirected from Condenser: Testing if it is good or bad)

While chatting in the moped repair forum of Moped Army, I had mentioned that I had acquired a bunch of 1970s automotive condensers. Since I had mentioned that the ones I used from the lot had tested good and worked great on my bikes, someone had asked how I test them. Its been a while since I did a picture tutorial so this seem like a good enough topic.
This is only one mans method, and it seems to work well for me. 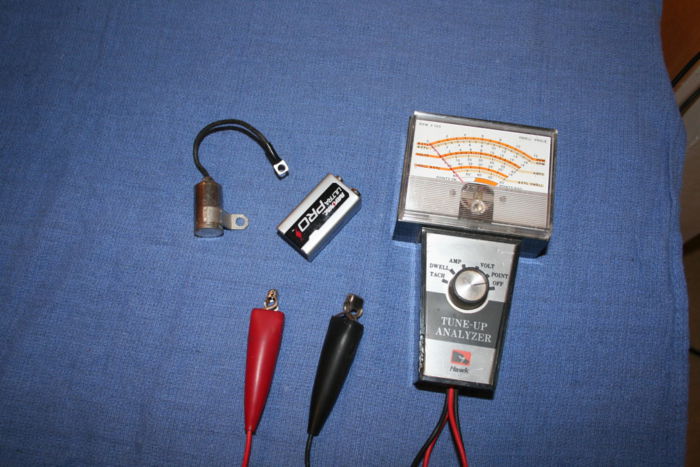 The equipment I use is a 9 volt battery and a needle style (analog) DC voltmeter. 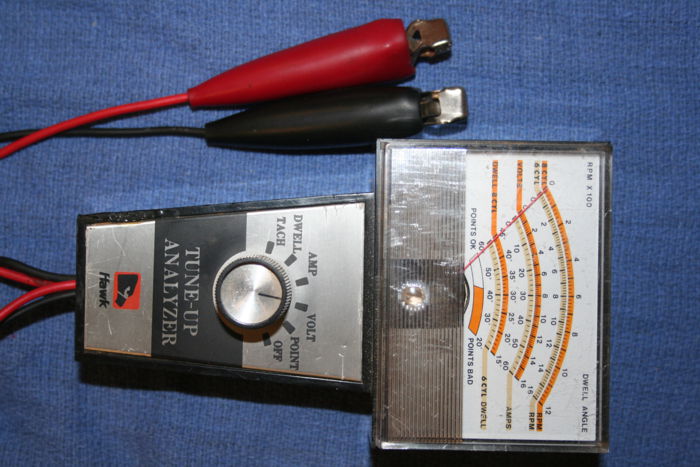 I like this one because it doesn't use a battery so its always ready to go. I hate it when I want to use my digital
meter only to find the battery dead. I think someone gave this meter to me because it was too "old fashion" for them. 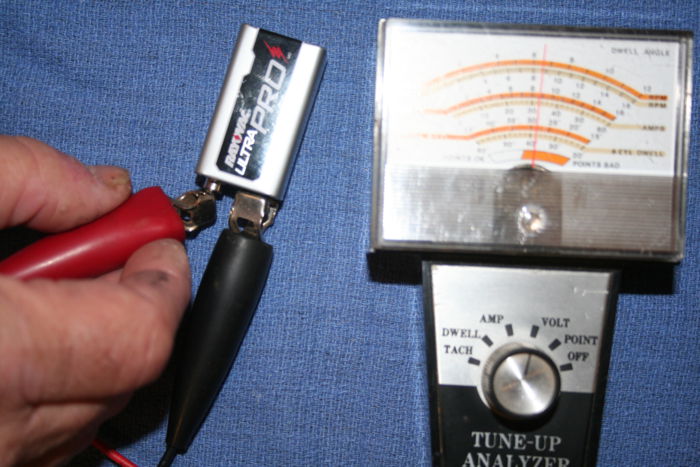 First thing I do is measure the voltage in the battery that I will use to "charge" the condenser.
Good, looks like I have a full 9 volts. 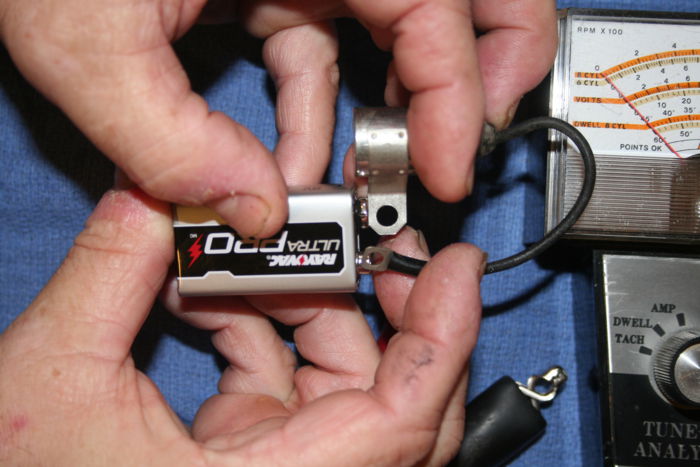 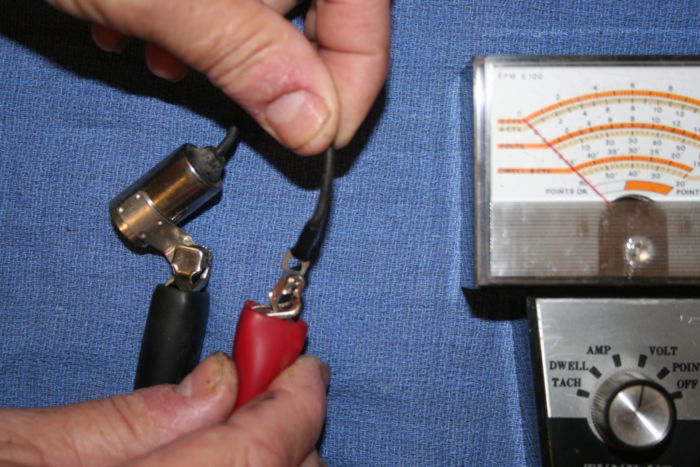 
Someone said you can do the same condenser test that I Wikied, only instead of a meter you can use a LED bulb.
You also need to use a DC battery source to charge the condenser as a transistor battery wont light a led. I just tried
it a few times using a 12v charger and a 1157 style LED bulb. Goes off like a flash camera, very definite. 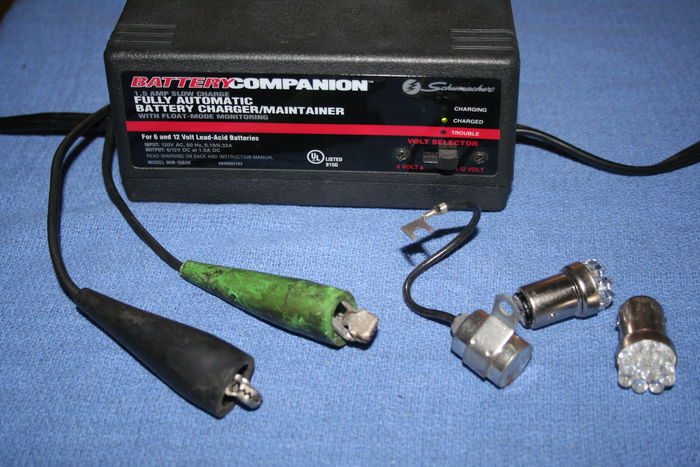 I feel like a fucking hillbilly with a stone knife and a bearskin.