This is a how-to on tuning a Puch E50 clutch. This can be adapted to any other engine with a centrifugal clutch.

As most of you know, one of the major problems when tuning a Puch is the clutch -- specifically that the RPM when it grabs is normally too low. Another problem is that the pivot-points bend when you have a high-RPM or high-torque setup.

Shaving weight off of the shoes is a good idea in general, but there is a chance that you may make the shoes too light and that they start to slip instead of grab.By shaving weight, you can tune your Puch E50 clutch till it grabs at 5800 RPM (used in combination with blue springs).

To move the grab point above this RPM level, you will need even stiffer springs, and this will allow you to actually increase the weight of the shoes.

The springs' only functions are to stop the shoe from grabbing until a certain RPM is reached and to push the shoe back when it drops under a certain RPM. The force of the shoe slinging outwards increases quadratically. This also explains why the weight of the shoe is the most important factor in the clutch.

Then we get to the bending of the pivot-points. If you've read the previous part, you'll know why they bend outwards. This is easy to fix by building a "brace" for the pivots.

And another thing to keep in mind: Old clutch lining can get hard and glassy. This causes a lot of slip and it can only be solved by replacing the shoes or lining.

Enough theory, lets get to solutions. 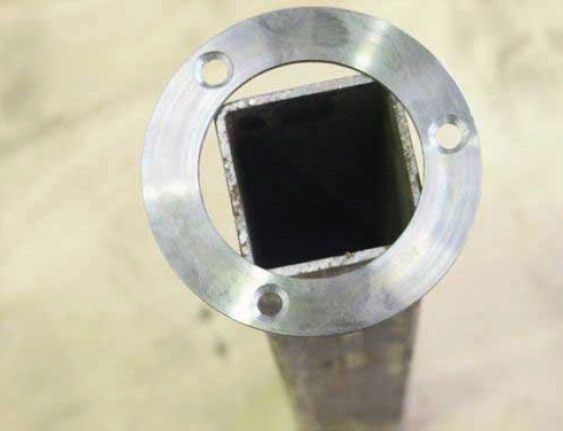 The modified baseplate with setup-bolts to adjust the play between the base and the shoe, and the weights on the shoe. 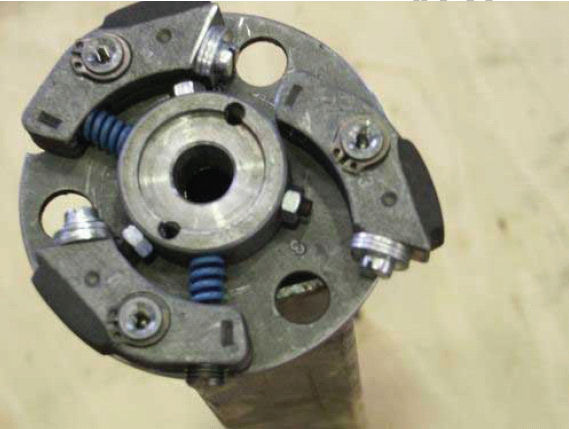 Each shoe is weighed accurately.

You want to have the exact same weight on each shoe to limit vibrations and even the grab. 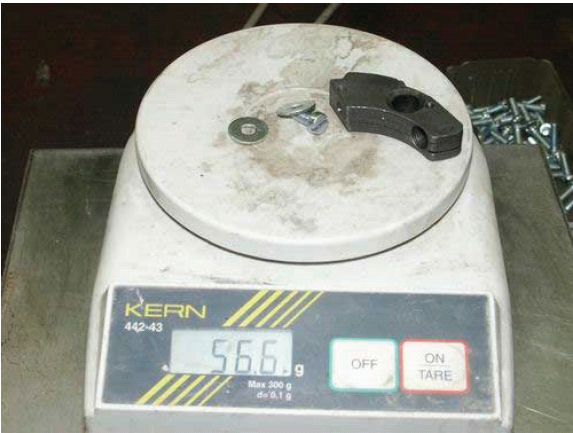 Modified baseplate with tapped holes in the pivots to mount the rim. 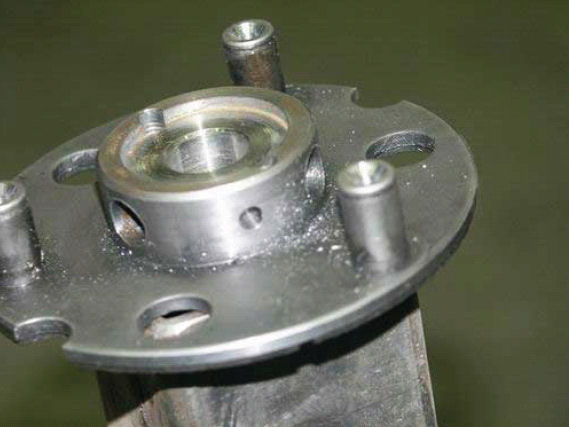 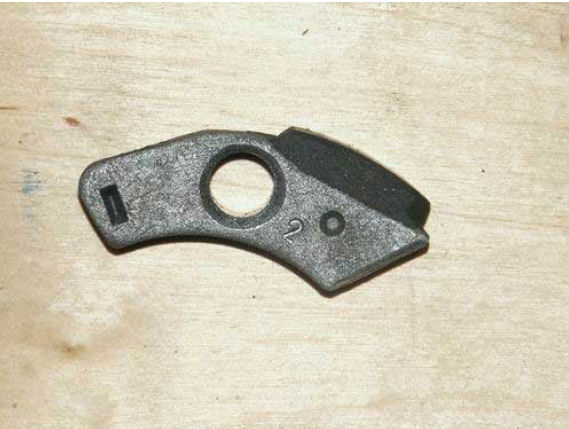 The shoes are numbered to identify them during the setup-phase (see advanced section) to see when they open. 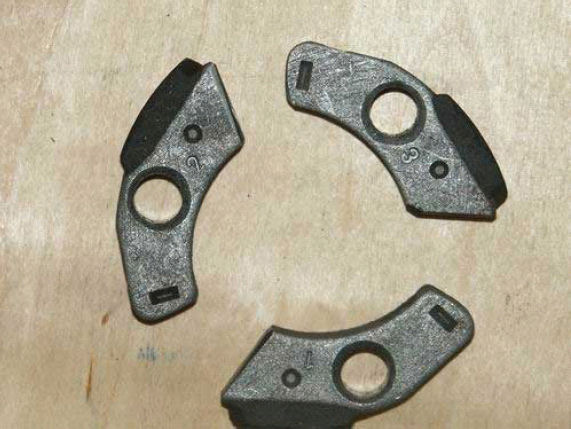 The clutch when finished. 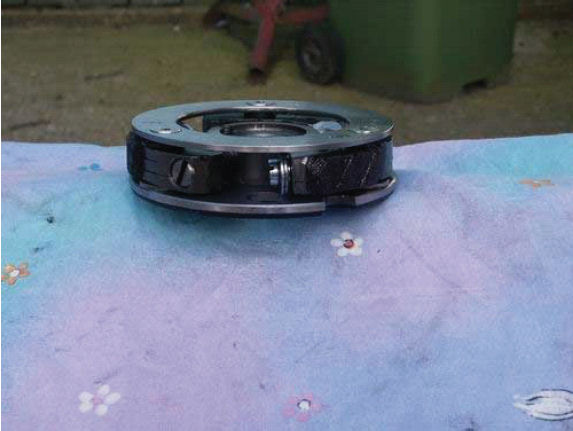 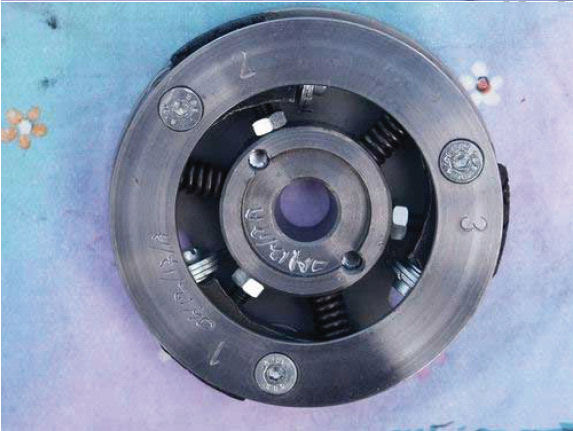 We also investigated some new linings and some new springs.

These springs are super stiff to accommodate very heavy clutches that grab at high RPM. 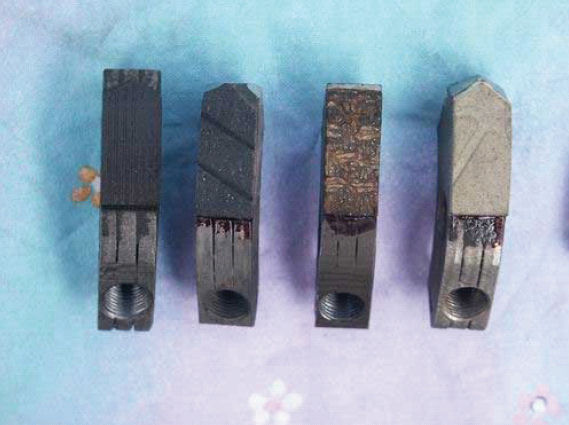 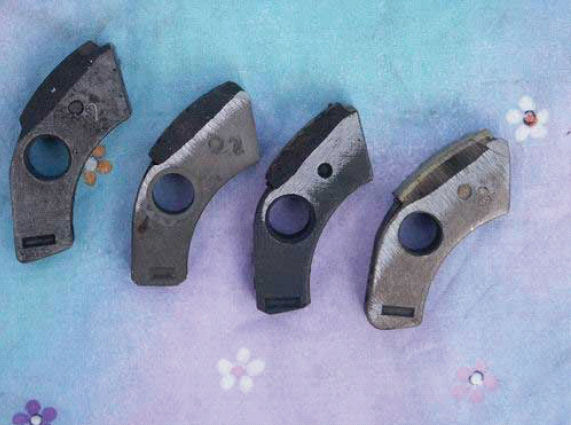 3: Kind of fiber-lining for better grip and oil distribution.

4: Kevlar-lining with a profile for oil distribution.

Heavy springs on the right. 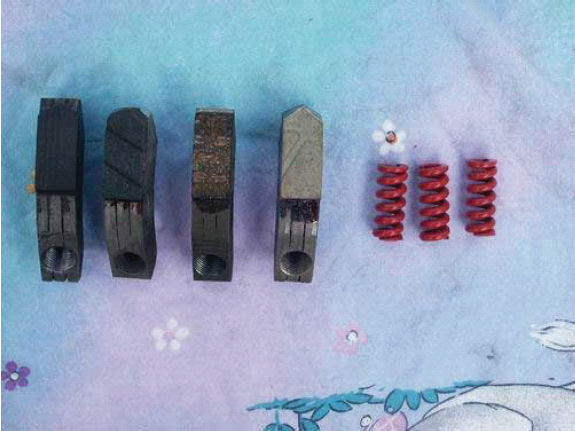 This is for very very advanced tuners only. This isn't meant as a how-to, more as information.

Setting up the clutch

Hank solved the setup problems by making a test-bench for clutches.

This way it's possible to see what you're clutch does at certain RPMs, without even having an engine to put it in. 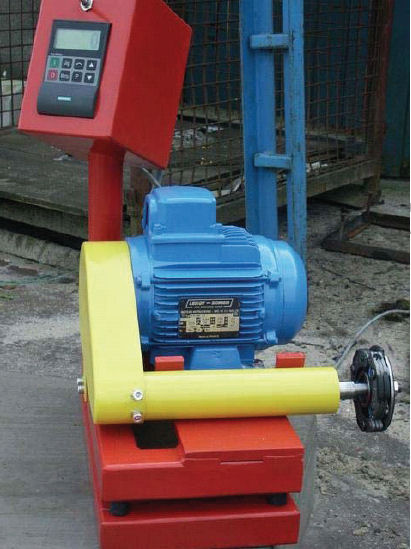 Then he installed a frequency selector, so he can change the RPM steplessly. It also boosts the max RPM of the engine, making it possible to reach 10500 RPM on the clutch-shaft. It also provides a read-out for the current shaft RPM. 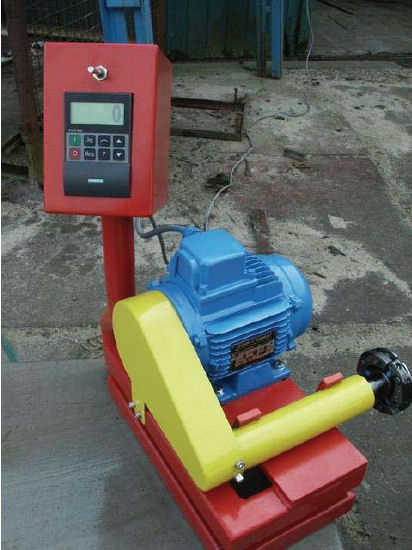 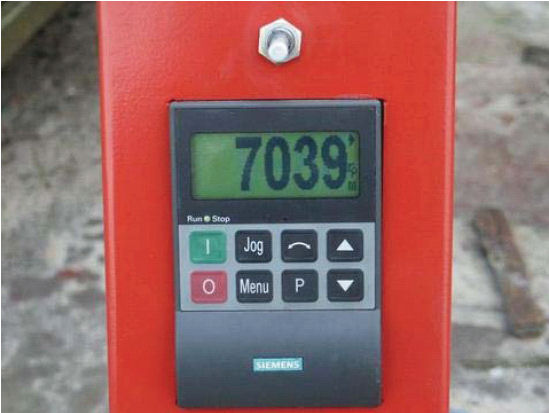 Besides the RPM read-out, we'll need a device to see how the clutch acts at those speeds. You'll need a steplessly adjustable strobe light for this. With the strobe, it'll look like the clutch is standing still and you can easily spot how it performs. 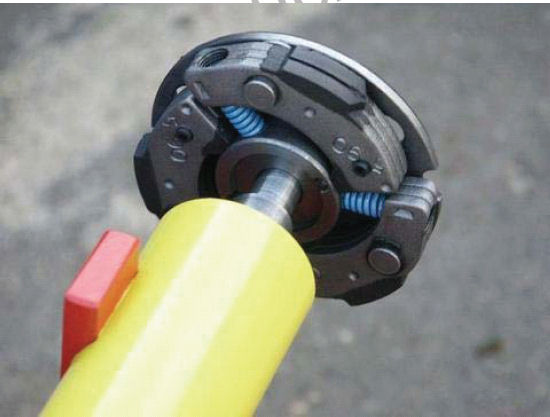 Clutch mounted to the axle the same way the clutch normally mounts to the crank. 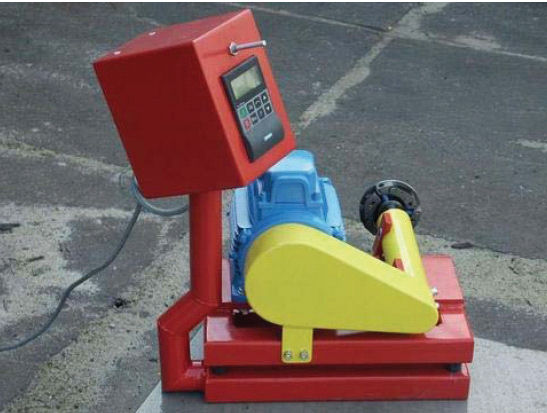 The device isn't very big, so it's pretty mobile.

These are some pics from setting up a clutch. The pics were made with a spinning clutch. 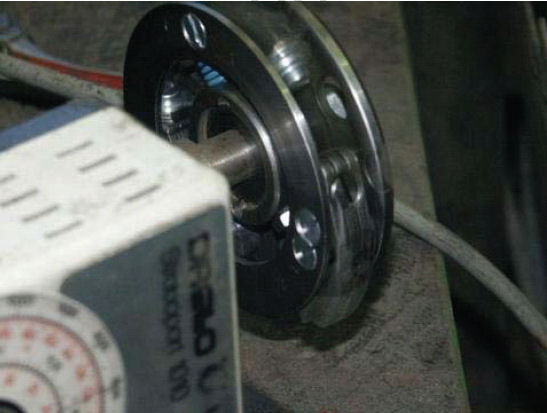 Here you can see the shoes coming outwards. 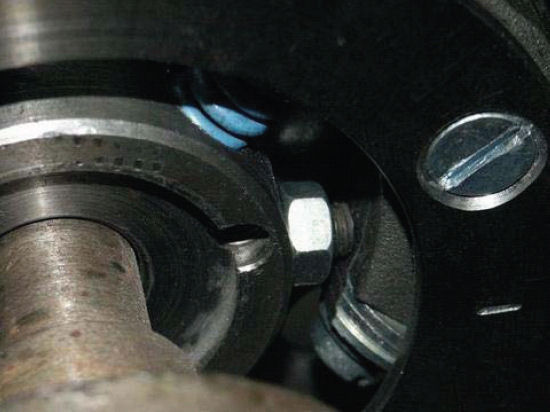 Here you can see that the shoes are at rest. 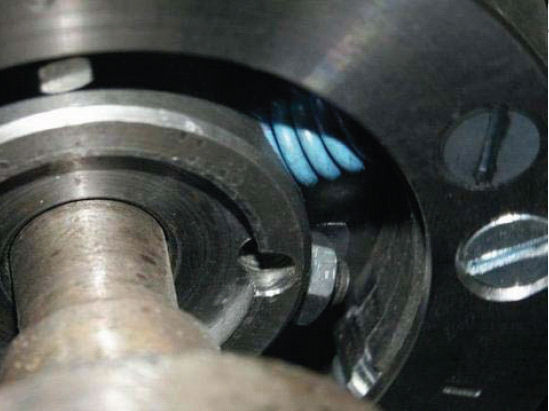 Here you can see the shoes coming outwards and the spring being compressed. 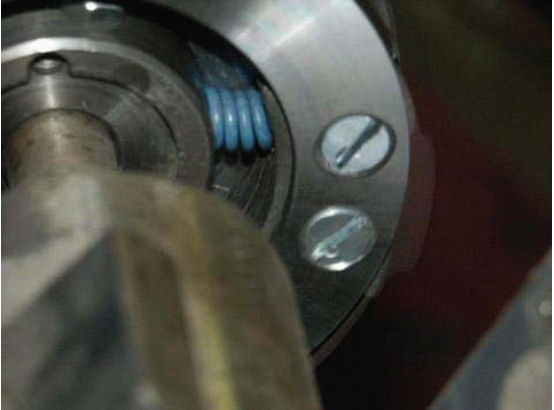 The spring is compressed. Here you can also see what happens when the spring is too tight. The shoe can't go out enough, so the clutch would slip a lot. 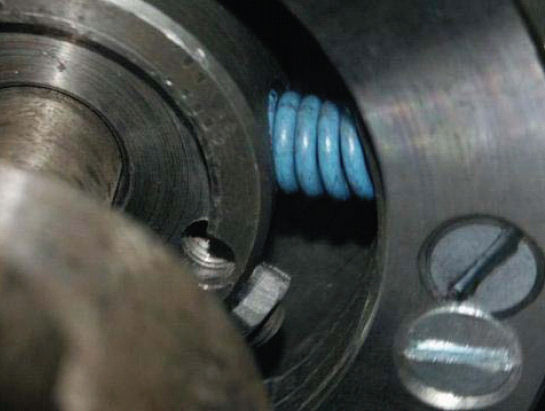 Here you can see that the shoe is completely out. There's room between the shoe and the adjustment bolt. 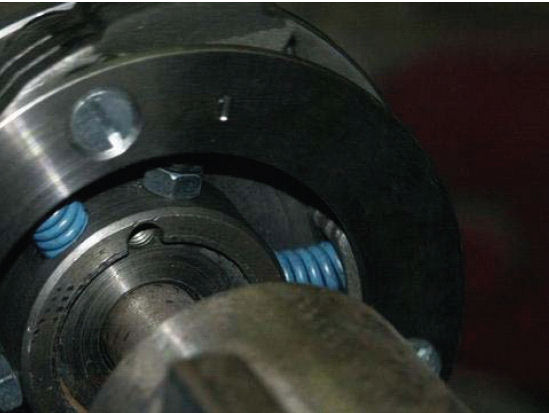 Every shoe is numbered so we can see when each shoe comes out.

Experience indicates that this can differ a lot, so counting the strokes or measuring the depth of the clutch adjustment screws isn't as accurate as it looks.

Unfortunately, not everybody has a test-device. But setting up a clutch by hand & feeling can be pretty accurate too.

To set up a clutch perfectly, a device like this is a great tool.

Written by Hank Kok from Puchforum.com

How to modify an E50 clutch and service offered within

How to tune a Puch e50 Clutch