While my AV/10 setup is off my moby, I thought I would toss on a ported Autista(?) 50cc kit that I got from Responsible John. Apparently the portwork had been done by Maitland (yarrrr!!) but no one has ever actually run the kit on a bike. Unfortunately, I shredded the internal threads on my variator puller the last time I tuned my Variplus (for an aggressive 70cc V=AV/10 set-up), so I had to leave the weight at 10.2 grams—a little heavy for a high rev 50cc set-up. Riding it around, it wasn’t much fun, I could to about 30mph, but never hit the revs I needed to engage my Ninja G3 pipe. As a quick fix / variator cheat we decided I should try out a “launch lever”. Here is what I came up with: 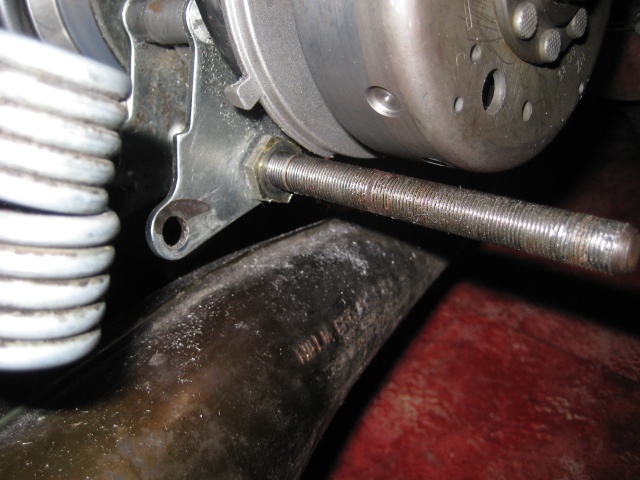 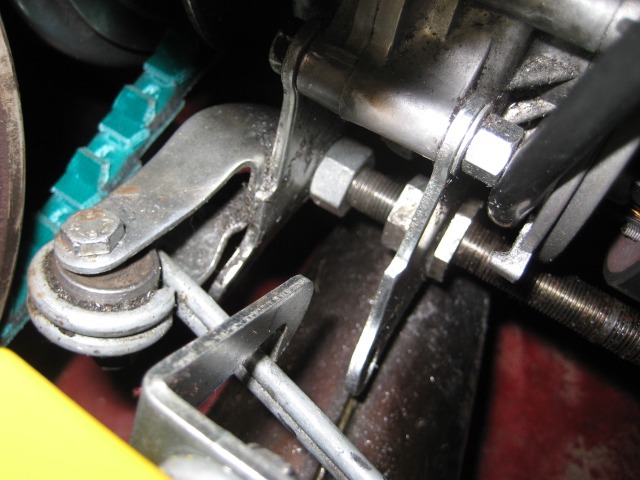 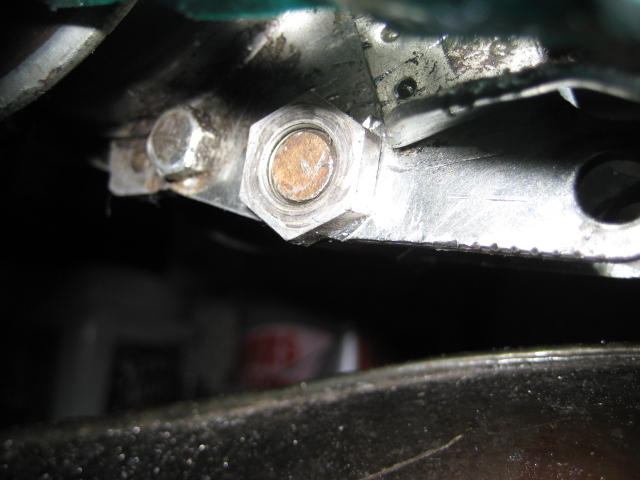 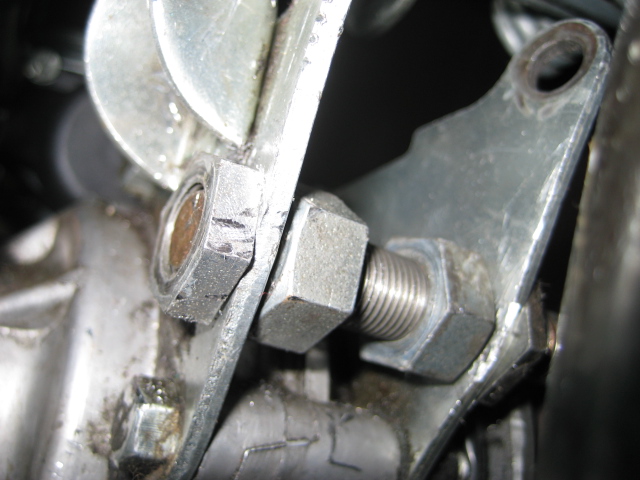 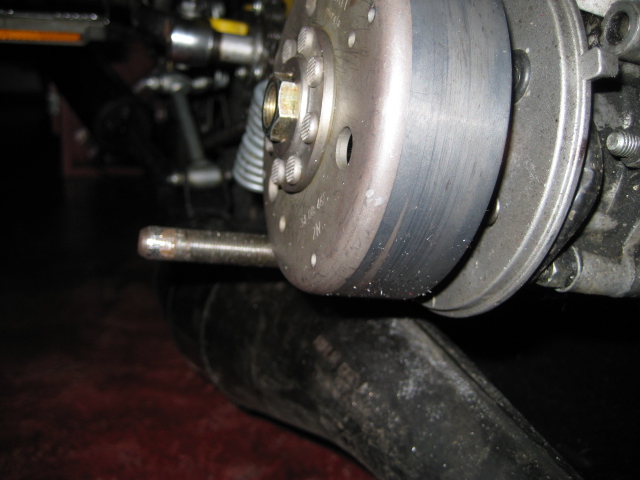 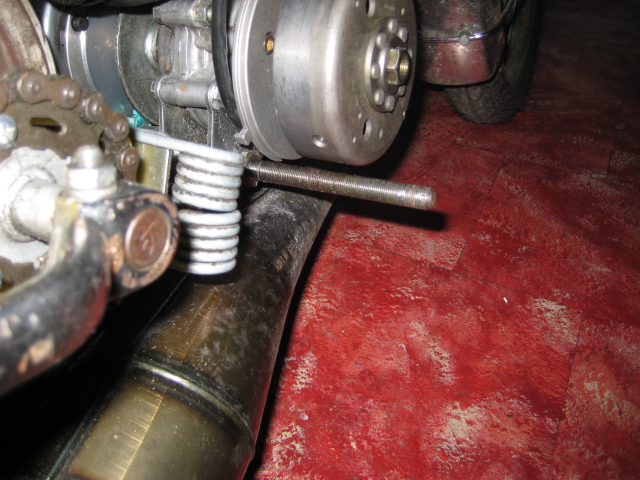 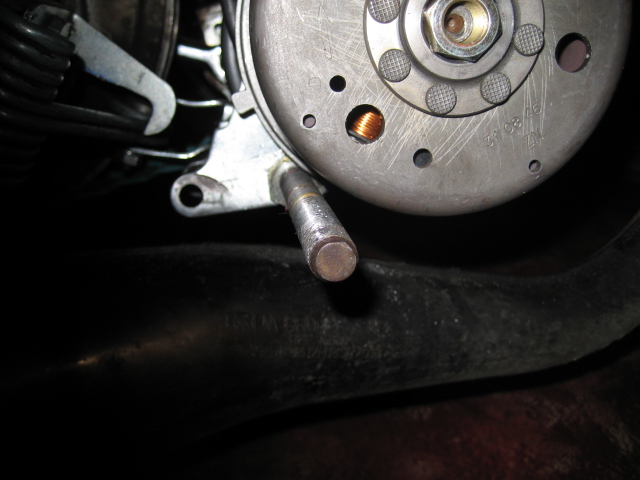 Basically I broke down a 16” batavus front wheel I’ve had under my deck for the last year and used the mounting hardware and the existing mounting hole for the stock moby pipe int he AV/7 bottom end. The front axel was threaded all the way which was nice, but it’s 10mm, so I had to open up the mounting holes a little with a dremel. I used the small wheel nuts on the outside, and the fat ones on the inside to reduce stress on the bottom end. I use the Ducatti CDI, so there was plenty of clearance, might be a little tighter with the stock electrical. Still need to test it out, but pushing it forward with my foot on the pedal feels pretty comfortable.

NOTE: Using the same bolt holes as pictured will not work with the stock flywheel and magneto. The smaller bolt holes located just behind the ones used in the picture are not large enough to fit a threaded rod with enough strength to not break under the force of a kitted motor. you might be able to drill this hole bigger, but i have not tried it yet.