The 1977 Reed Kit is known by some as the "Lil' Gila", a potential ""Polini Killer", and by the Dutch as the MK Reed kit. It is a clone of the Athena Reed Kit. With the stock components it doesn't let the ports open by 3.4mm, which can pose a problem for ring cooling and overall performance. However, this kit is very affordable for a big reed intake setup.

This kit can be purchased at several different sites.

Ring gaps located near top of piston, not near exhaust port

Round exhaust port, could use some reshaping for a larger port to utilize the bridged exhaust.

Intake duration could be raised to 360*

Reed block screws hit the inside of the cylinder. Makes your reed block not seal and air leak. 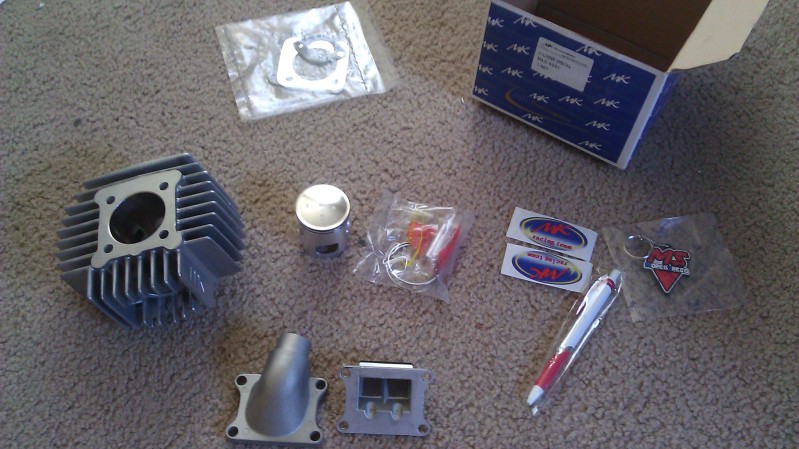 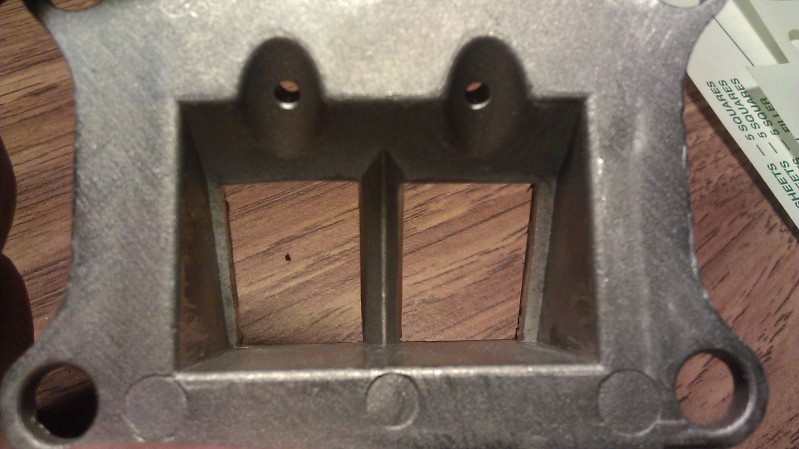 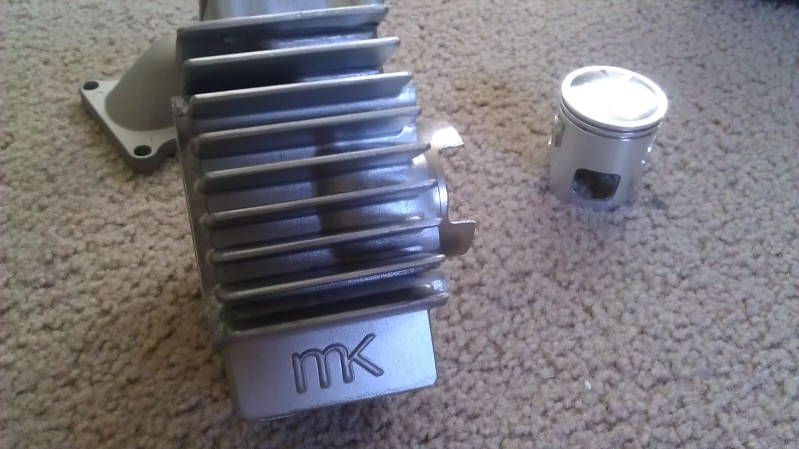 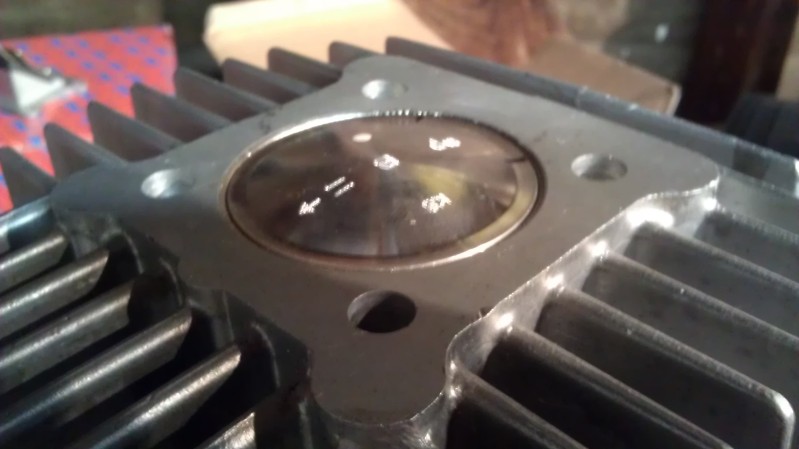 Ring Gaps are up top which is good 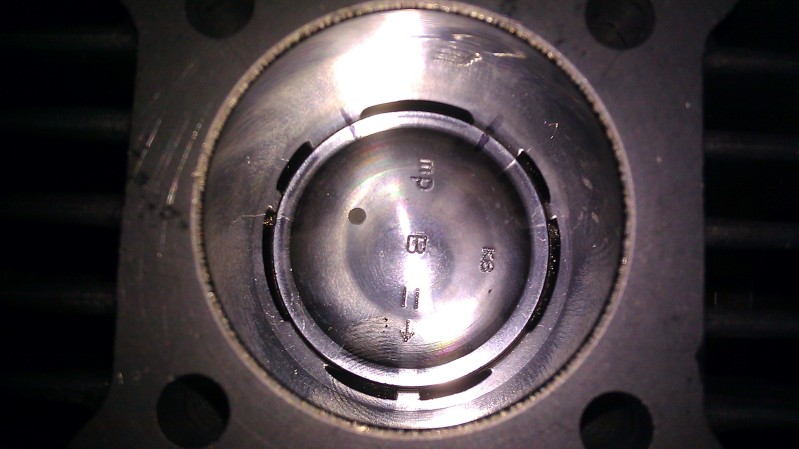 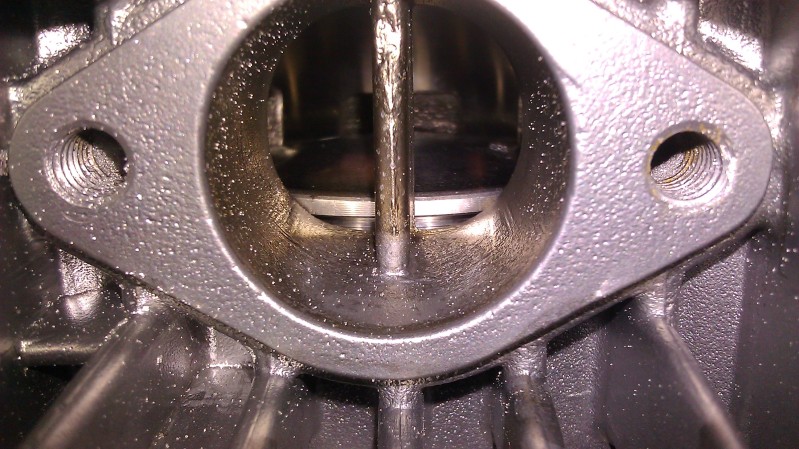 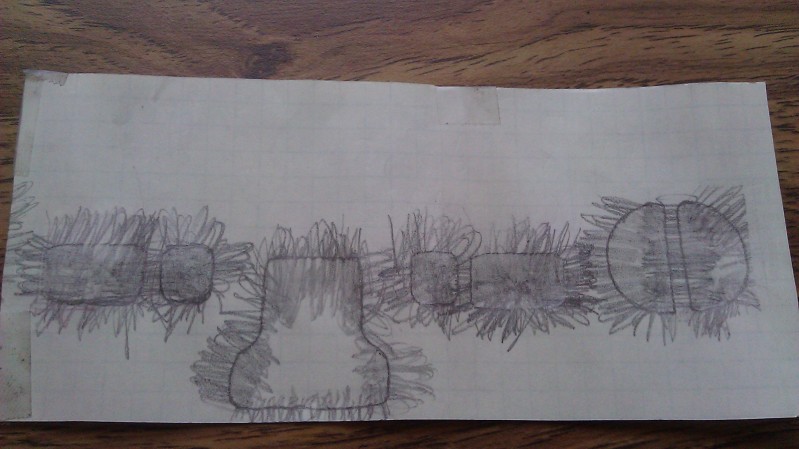 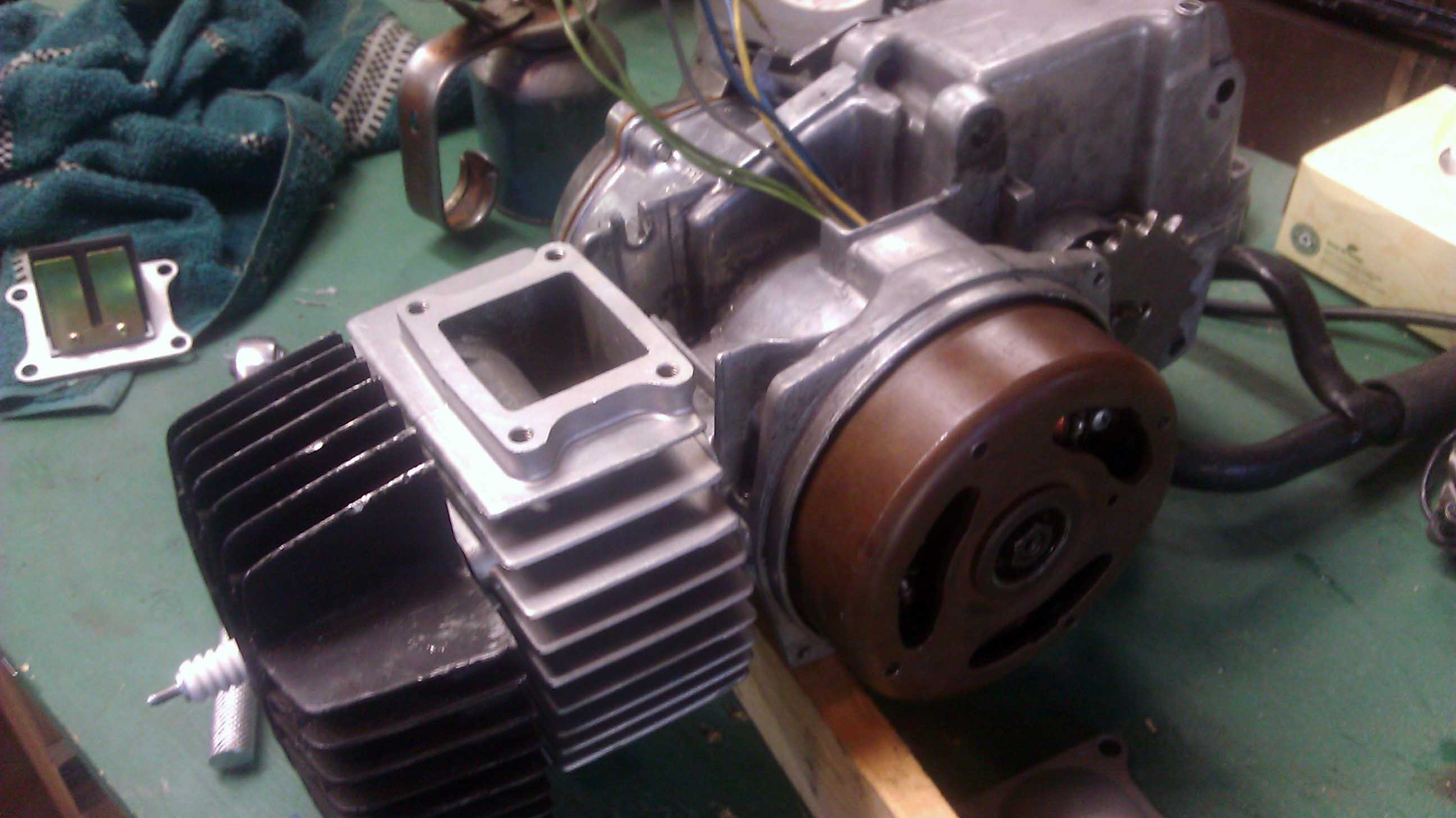 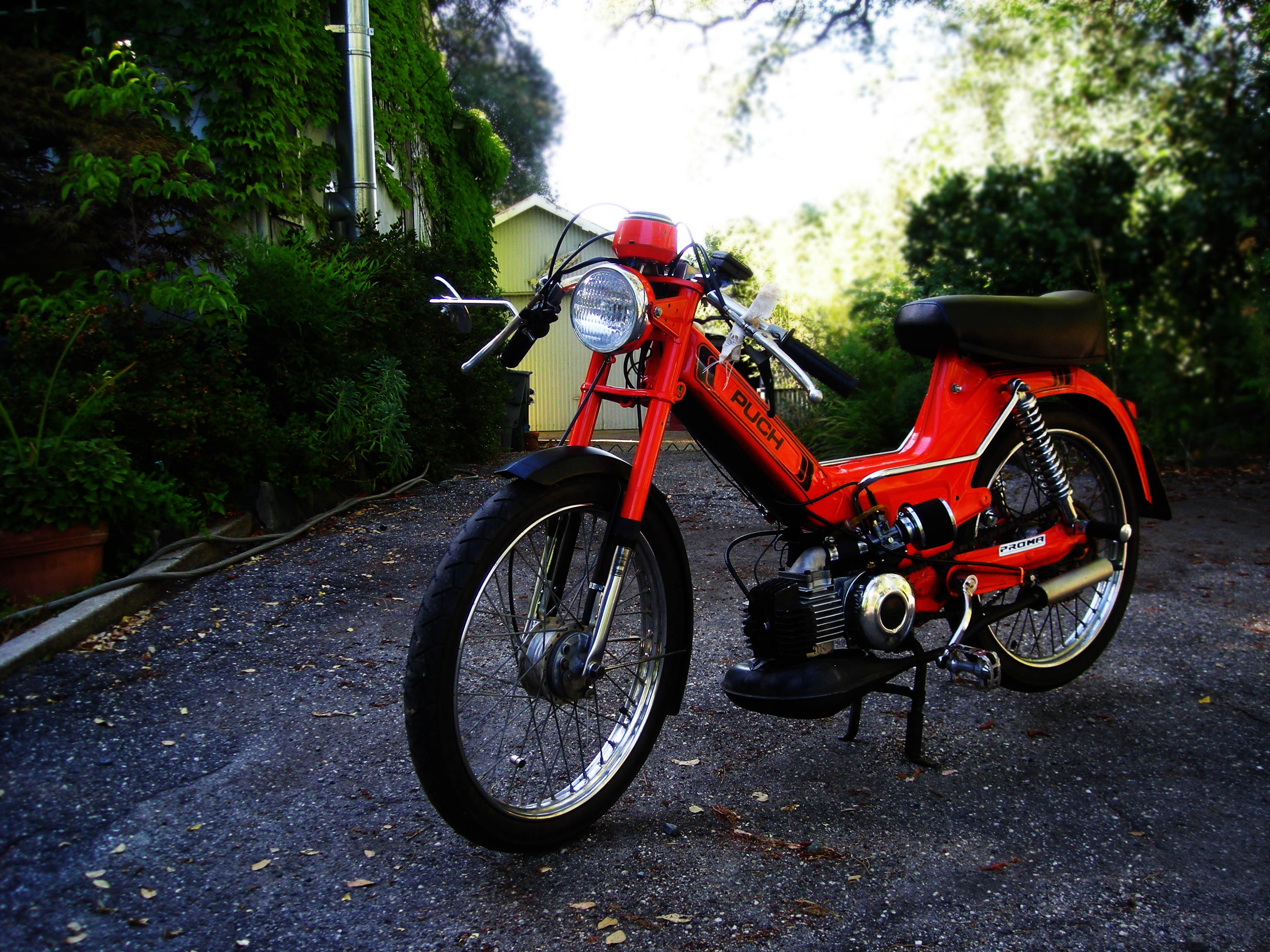 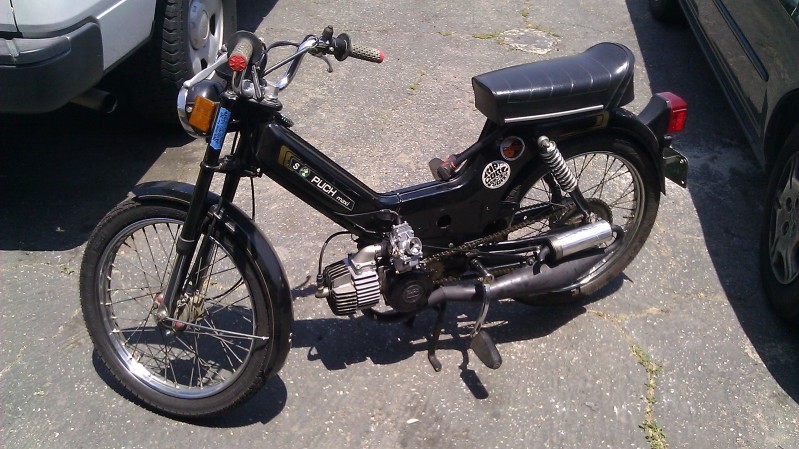 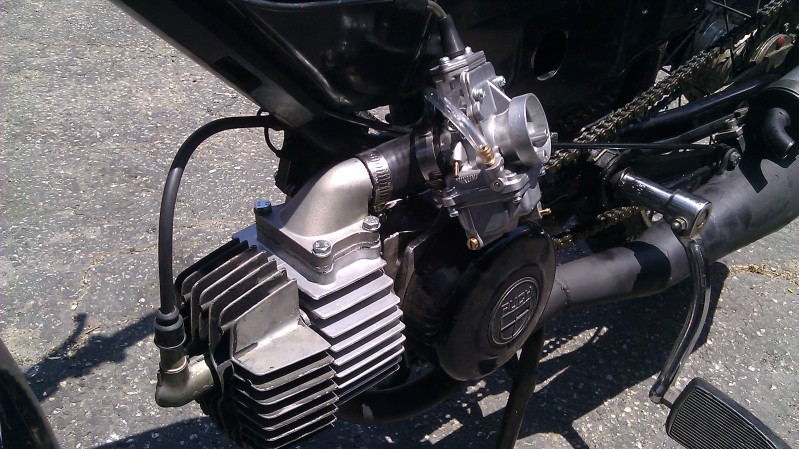 An easy modification to possible save your engines life. Shorten the long wrist pin clips to remove the extra mass that might cause them to dislodge while the engine is running. 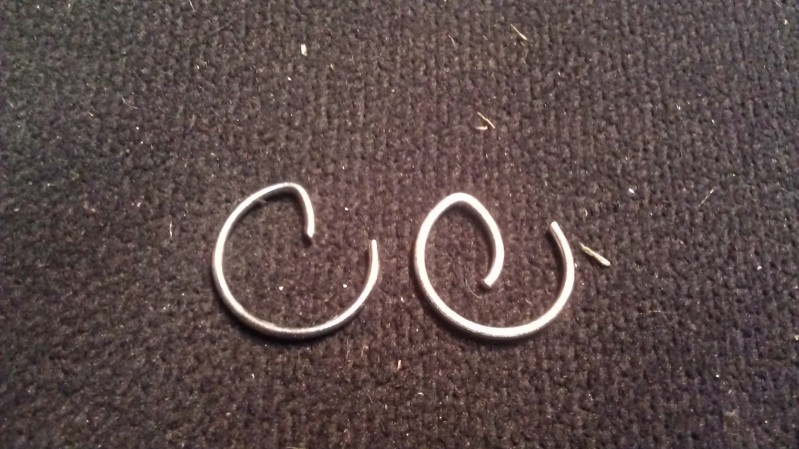 The treats reed valve piston works flawlessly with this kit, despite the ring gaps being extremely close to the side transfers. It fixes the majority of the spacing issues on the 1977 kit and the real AJH and boosts your exhaust timing to a still usable number. Still need to get a countersunk head though to dial in the squish, unless you want to deck your cylinder.

Out of Box Performance

Using the included gaskets (metal head gasket, 1mm base gasket, reed gaskets), Polini reeds, and a 19mm PHBG, super stuffy crank, points, a stock magnum head, and a proma circuit this kit produces all kinds of power. The midrange hits the hardest and pulls all the way up to the top. That could be due to the pipe, I have not tested it with a top end pipe yet. Temps rarely go over 375F and stay between 290-350F most of the time. With 18 x 45 gearing that setup has hit 53.14 GPS'd. With a tuned clutch this kit could easily pull higher gearing, like 18 x 38 or so.

It runs fine with the ring in the ports. Although not optimal, it seems okay. Especially since this isn't a super high RPM setup. For the price, the MK reed kit performs very well and has a ton of power with a lot more potential with some modifications.