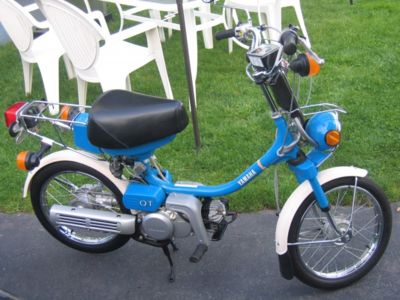 The QT50 drive train was shared by the Tri-Zinger and PW50. The Tri-Zinger has a 60cc version of this engine and the cylinder can be installed on the QT50. The PW50 is a children's dirt bike which has different gearing in the hub, which can be used on the QT50, there are also performance parts made for the PW50, many of which will fit the QT50 though parts that must attach to the frame may need to be modified.