A35s are great engines. They are restricted pretty heavily from the factory, but with a few updates and modifications to the stock, untouched engine, you should easily touch 40–45mph. The most common modifications in order to get the most out of an A35 with simple modifications involves putting on a performance exhaust and a nice air filter / intake. When the bike has these modifications performed, and is re-jetted accordingly, it should be able to touch 40mph with stock timing and gearing.

First, you can use any Puch kit. That's right. Go on the Puch cylinder kit summary page and look up any cylinder you want. It will fit right on. Bam. Real talk.

TUNING! so important. Seriously. If you're not going to spend the time to tune your nice kit, it will soon be part of the wall / table / shelf of shame. So spend the time dialing in your setup if you want to get the most out of it.

There are now two readily available intake systems for the A35 bikes. The first is a 21mm phbg spigot style intake from Treatland. The second is a "weak-ends" produced part that is designed for the 20mm Mikuni VM carburetor. Both are great parts that will allow you to get more fuel into your cylinder. Either carburetor choice has multiple jets to dial in the entire powerband, as well as different needle settings and tapers that are available.

Not for rookies, mostly for gurus. If you are still curious, read Graham Bell and Gordon Blair. 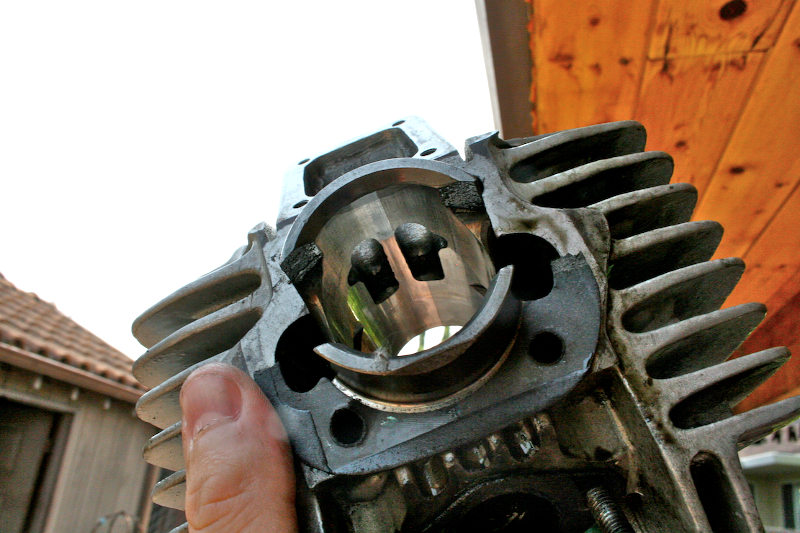 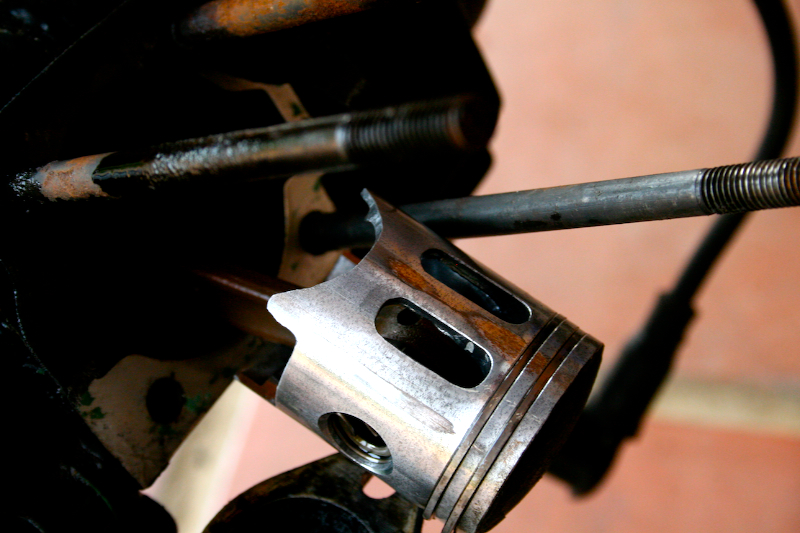 if you're really taken it to the next level on your Tomos, (which you probably haven't, unless you're well into the mid 60s) then it might be time to look into an aftermarket clutch system. That will last a little bit longer than stock. This is also what you'll need to do if you decide to do an HPI ignition on the bike instead of the wonderfully better Treatland ZA50 CDI.

Dennis Kreeft makes a wonderful ktm clutch setup onto the Tomos A35. It's not for everyone. It takes a ton of work to set up properly and get the performance that you need out of it. I don't recommend it unless you enjoy working on your moped more than riding it. It also has a tendency to blow out your 1 way bearing for you pedal-equipped mopeders (that's like everybody) so you will have to either get a new one or replace it with one out of another clutch drum.

There is no easy way to switch over to an A3 transmission. You need an A3 crankshaft also, because the crank spacing is actually different. However you can use A35 / A55 parts interchangeably. One thing you can do is use an A3 primary if you want, it gives you slightly shorter final gearing. Usually that's the opposite of what Tomos guys want to go for however.

ATF type F or type A might be what Tomos recommends when using stock bikes, but for performance i haven't found that stuff to work very well at all. A better setup is to use a mixture of 50% ATF mercon dexron, and 50% 85w140 gear oil. shaken, not stirred, and mix 700mL of that into the clutch. 700mL !? you might be confused thinking, that's more than double what the original Tomos calls for! And you're correct.

But trust me, it works. Try it. It works.

Don't listen to douchebags telling you to "cut the springs." It does nothing except wear out your clutches faster. The springs aren't the issue. Don't listen to people telling you to cut weight off the clutch shoes either. That's not very smart either. Unless you like pedaling home with stuff broken, then maybe it's a good idea.