Difference between revisions of "Red October"

Red October is a moped rally held on the first weekend of October, first hosted by Noviy Lef in 2004 and now by The Guns. 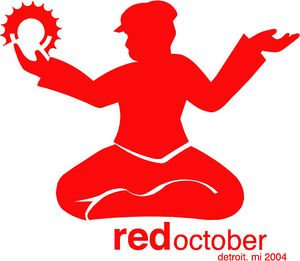 The first Red October was based in Dearborn, Oct 01, 2004, at the Noviy Lef headquarters Overhead Red with rides to downtown Detroit and along Hines Drive park. 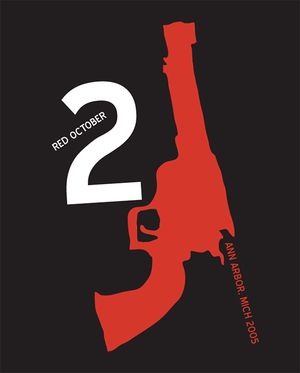 In anticipating the merger with Noviy Lef and The Guns, Red October 2 was based out of Ann Arbor, September 30 - October 2, 2005. There was a Detroit ride, although mopeds had to be transported to Dearborn to ride to Detroit, and a ride out to Dexter for cider and donuts. 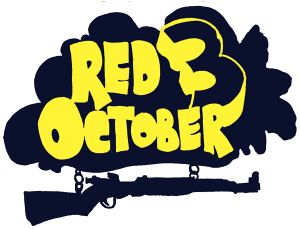 Red October 3 was held September 29th - October 1st and was based in Ypsilanti.

The first weekend of October 2004 was the date for Noviy Lef's first BBQ entitled Red October. As a branch, we've been tossing around ideas for a BBQ since the inception of Noviy Lef in October 2003. Most plans seemed fuzzy and indefinite, however we stuck to our guns and planned an event to close out the riding year. The date would be a gamble in terms of weather, but I'm a sucker for events that happen beyond labor day and before Memorial Day.

On the evening of Friday October 1st, people started to trickle in to Dearborn. The first participants were from the Grand Rapids MI proto-branch 'Ghost Riders'. A movie screening was planned below Noviy Lef's large space in which, a record store 'Stormy Records,' is located. As members of Moped Army and close friends of the store enjoyed a movie, four riders from Kalamazoo arrived from their cross-state moped journey. The event was on now! That evening rides went on until the wee hours of the morning, much to the chagrin of the neighbors.

The next morning proved to be dreary and rain-soaked. As the people arose, the weather cleared up to provide a spectacular riding day. Saturday's ride was to the heart of Downtown Detroit. Along the way, lunch was enjoyed at Mexican Village in Detroit's Mexicantown. After lunch the ride continued into Downtown, and along the riverfront to relax and mingle, while enjoying the city scenery. After some additional rides around the major streets of Detroit including Woodward, the group of roughly 35 riders swarmed upon Jacoby's German Biergarten- the hangout of Noviy Lef. Upon arrival, the establishment was empty, then the mass of Mopedders filled the bar to capacity. After people downed a few rounds, the procession returned to space in Dearborn. Some breakdowns occurred on the return trip, but 3 rescue vehicles were available to aid the malfunctioning mopeds. The night concluded with one crazy party at the Noviy Lef space where Ann Arbor's "Versificators " played.

The final morning drew out slowly as, yes there was a big party the night before. Sunday's plans included a picnic at the long, winding and scenic Wayne County park of Hines Drive. Before commencing the ride, the group rode over to the local grocery store to pick up picnic necessities. The ride continued down a long, verdant strech of Hines Drive, a sharp contrast to the streets of Detroit. The wonderful picnic site was large enough to accommodate the group. After a few hours and a bunch of hot dogs, the group headed home for one last time.

It's always a pain to bid goodbye to fellow Moped Army people, but I know that I will once more ride with them at the next moped event. Red October proved to help the Grand Rapids proto branch, as they were able to meet the Moped Army, and were ultimately voted in as a branch. The weekend worked out to be perfect, as the rest of October in Michigan has been rainy, cold and raw. I was pleased to see members of the Decepticons, Peddy Cash, Motion Left and The Guns ride for Red October, creating such a great success!