We are the Queen City Barons, A moped club based out of Charlotte NC.

We are a group of friends that like to have fun, ride mopeds, hang out, cook out, rock out, fix mopeds, drink beer, drink box wine, drink moonshine, break mopeds, chase women (or men), and build mopeds.

We were originally organized in the fall of 2010 under a different moniker. We went to rallies, had group rides and even sponsored a rally in May 2012. Then, in June 2012, after the dissolution of the other Charlotte based moped club, the reformation process began.... like a phoenix rising from the ashes (Hence our Winged Mason jar logo). We started out with our original core group or riders... rebranded, renewed, and reborn.

We re-released ourselves at WLR's SOCO2 as the QCBs. We started attending more regional rallies in the southeast, spreading our name and letting people know that Charlotte still had a moped scene. Over the next several years, we have slowly and steadily grown in size... Adding new members to our group and building a strong base of riders and moped enthusiasts. In October 2014, we sponsored our first moped rally, "Fear of a Brap Planet" in Charlotte NC. In September 2015, due to the influx of upstart moped clubs and limited moped rally calendar space, we co-hosted a moped rally, "The Shining" with the Buzzards in Columbia SC. In 2016 we atemped to host Dave's of Fun-der back in our beloved Queen City. But for unrest in our city we had to cancel it last minute. In 2017 we can back strong with Cinco De Slowgo II. This was our first rally as MA Offical so we had to go all out. We gave away 2 bikes and a trailer.

We also host local organized rides, not to mention the various "Bike Night" events we attend, and our get togethers and cook-outs that we hold at each others houses.

The QCB has also been a staple in the local Distinguished Gentlemen's Ride since 2013, helping raise proceeds for prostate cancer research.

We have a solid group of riders and are always looking for more riders to join our group or just hang out with us... We can usually find a loaner ped for anyone who wants to join us sometime. Reach out to us through our Facebook link posted below if you're ever in town and want to hang. 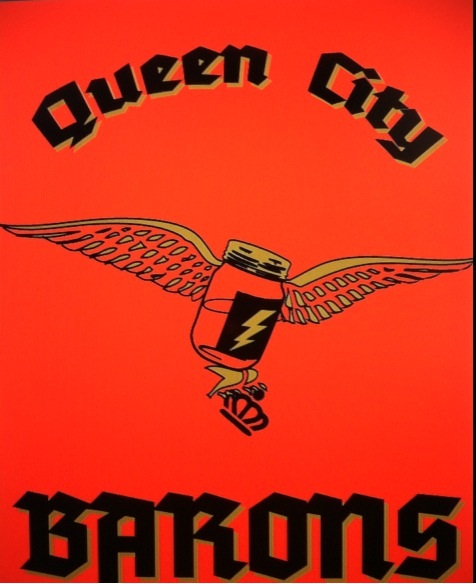 Fear of a Brap Planet https://m.youtube.com/watch?v=zgv1_LDhZCY