Difference between revisions of "Peugeot 103"

The Peogeot 103, in its many versions, is one of the most common Peugeot mopeds. The major variations include the LVS-U3 and the 103 SP, which differed mostly in body styling. THey both use the 103 variating reed valve engine.

These mopeds came equipped with two different magneto systems made by Novi, the two coil and five coil magnetos. The two coil systems are notoriously fallible, and is probably the number one problem with Peugeot mopeds today. The best guess going is that the coil produces too low a voltage to produce a spark at low RPMs, resulting in poor running or poor idling conditions. The condensers may have something to do with it, as a uncertain spark is often associated with arcing points, a sign that the condenser is not doing its job. The magnets in the rotor are also under suspect, as they feel much weaker that those found on other ignition brands.

-Some solutions to the Peugeot ignition problem are:

-Grounding the black wire from the magneto, eliminating the kill switch and brake lights, but sometimes improving the spark.

-Replacing the ignition coil with a NOS one, though this rarely has any effect.

-Modifying a Bosch ignition coil from a Puch to bolt to the magneto, and using a Puch high tension coil in cooperation with the new ignition coil.

-I do not think anyone has successfully re-magnetized a Peugeot magneto yet, but ScooterCenter in Chicago has the equipment to do it for Vespa, and may be able to cross over to Peugeot.

-There is also the rectifier block, and reactance coil to consider, but there is little proof these pieces effect the ignition system at all. A good running Peugeot can be stripped of almost all wiring and components and still run with the black wire and lighting wires grounded.

-Wiring the moped completely independent of a wiring harness. This is how they are sold stock in Europe and Canada. Simply run one wire from your coil to your points, and another wire from your condenser to the points. Your Decompression becomes your kill switch. 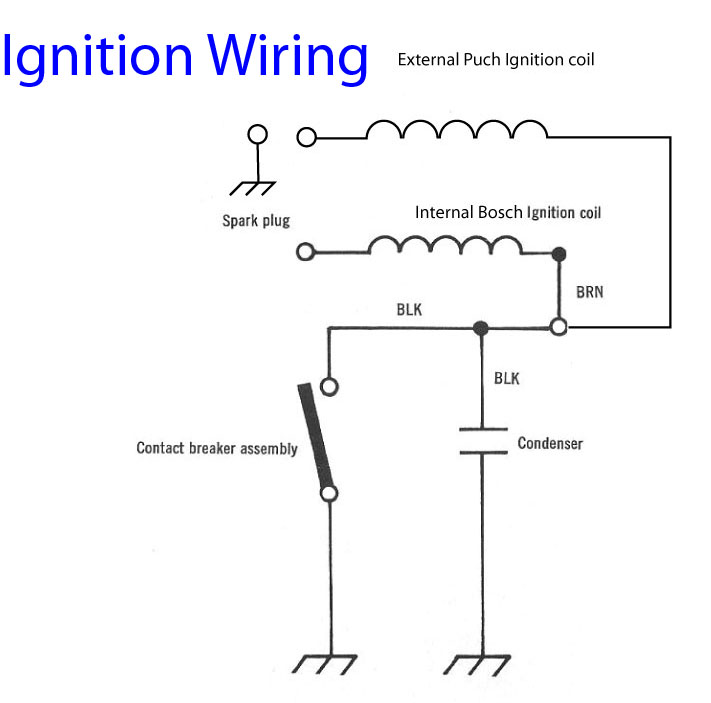 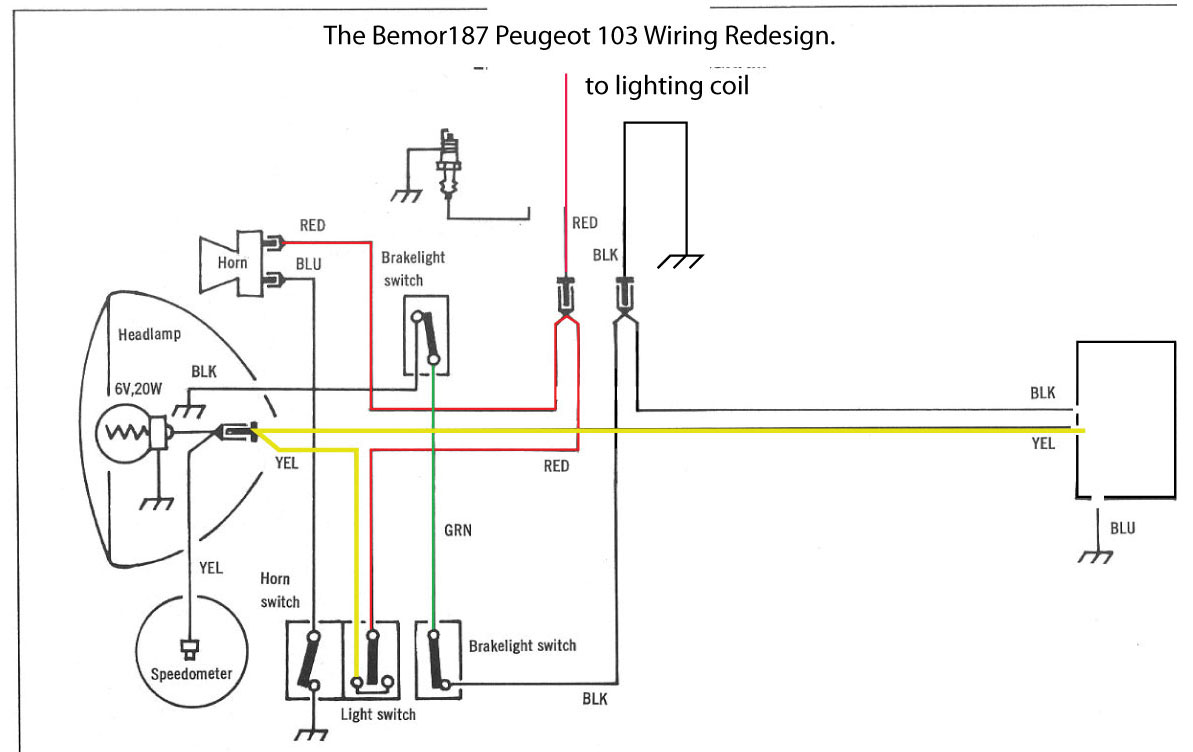