This is in hopes of clearing up some of the confusion related to the "blue box" racing CDI's.

There are numerous versions of this, some with lights. The box is typically an anodized blue with a sticker indicating some sort of curve. Amusingly the curve has no units nor meaning and the box does not have any sort of timing curve built in. Also interesting is the advertising of either a "2 stroke" or "4 stroke" version. This would imply a timing curve (advancing for 4t, or retarding for 2t, but both appear on all accounts to be identical and without timing curve. 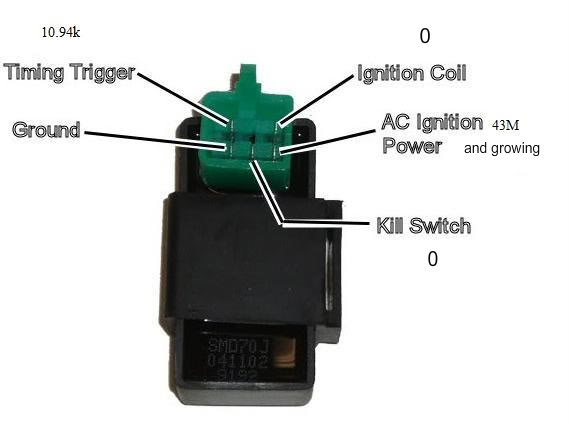 The 5 pin wired version should have a connector which matches the 5 pin CDI pinout shown above.

Or if you're just running it off the wires: