The NSU Quickly Moped was built in several versions:

It started 2nd half of 1953 as a 33kgs light Moped, - one of the first vehicles ever named MoPed ( Motor and Pedals ) sonn introduced in the market after the 1953 IFMA exhibition. By german law it had to be Bicycle like: 50cc, 40kph, large wheels and a max weight of 33kgs were needed to match the new MOPED formula. Several models made the Quickly heavier and heavier, rear suspension, smaller wheels and even a 3 gears box were presented. In the late 1960ies the time was ove for the Quickly: NSU needed capacities for their cars and stopped the last motorbike built in 1968 with the 1,5 Mio.th NSU Quickly.

The picture below shows an original NSU Quickly N, built 1953.One of the first ever built in original condition. 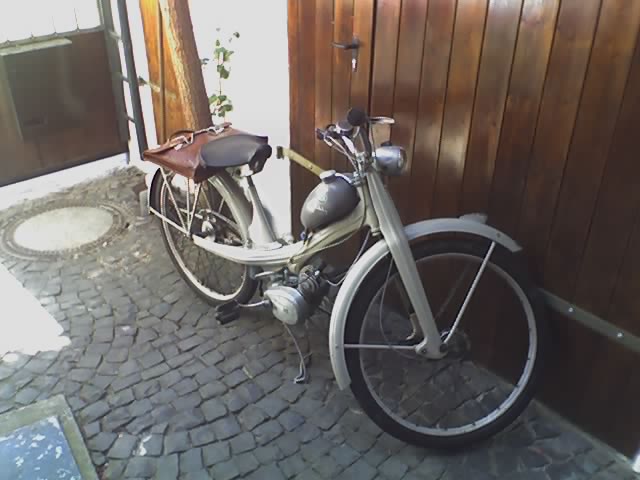