tools: hacksaw, digital caliper, welder (find a buddy that'll do it for beer)

starting from the rear of the pipe, there should be a ridge between the first weld line and the first heat shield mount. you need to cut the pipe on both sides of the ridge to remove that clogged cat converter. cant find the ridge? look at the pics n skip to plan B

1) cut on the rear edge of the ridge, stay very close to save the rear cone thats hidden inside the pipe. you can see the weld line on the peice in my hand and the rear heat shield mount on the pipe. 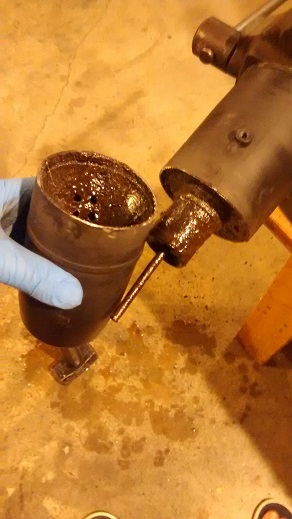 2) if you masterfully cut that rear section off, then cut on the other side of the ridge, like 3mm over. the cat converter (on the bottom) was removed from between the center peice and the right piece (both on the top row). Ignore that leftmost cut, it was erroneous. 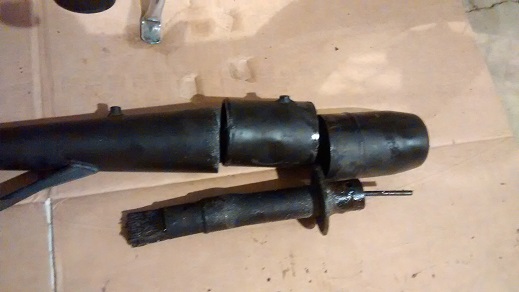 3) weld it back together! make sure that hole on the rear is rotated towards the ground. 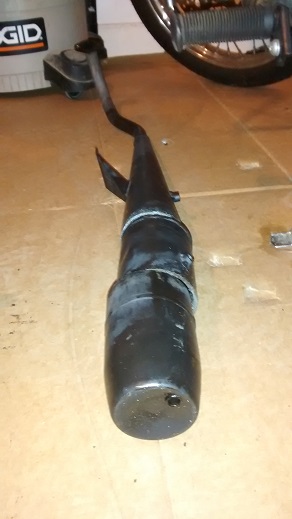 essentially, you'll be progressing 2,1,3 from plan A.

1) cut just behind the rear heat shield mount. the placement is not very critical.

2) measure the distance to the plate inside.

3) add 3mm to that measurement and cut again. this cut is critical. you only have about 4mm between the plate and the beginning of the rear cone inside the pipe (refer to first pic)

4) weld it back together! make sure that hole on the rear is rotated towards the ground.