Difference between revisions of "Mobylette AV89" 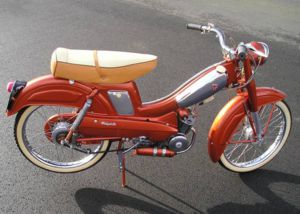