The Grand Poobah of the Puch Magnum series. Only 500 were made, all of which were manufactured in 1981. The Puch Magnum Limited or LTD had some of the same features as a Magnum MKII, such as: hydraulic forks, 2 speed ZA50 engine and oil injection. Differences between the Magnum LTD and a normal Magnum MKII are: the LTD’s came with a special paint job (mettalic off-white w/red and gold decals), matching off-white 5 star mag wheels (w/red pinstripe), a front fairing, blacked out chrome, cafe bars, turn signals, keyed ignition (instead of a on/off switch), a special Puch Monza dash with numbered plate on it and an optional tachometer. 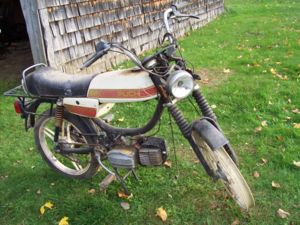 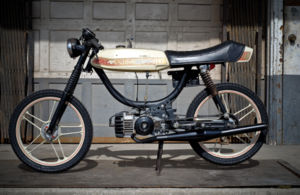 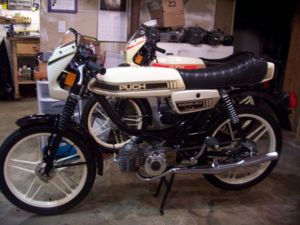 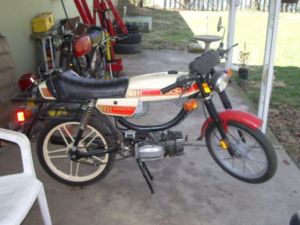 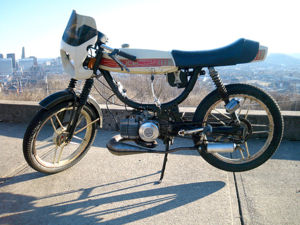 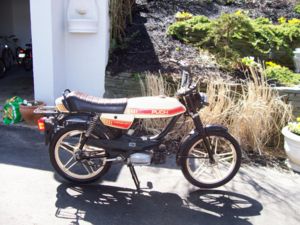 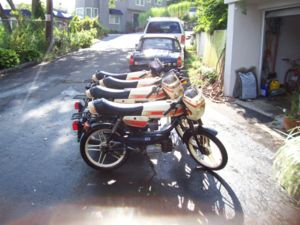 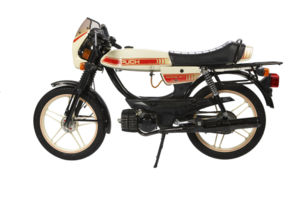 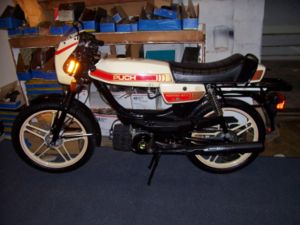 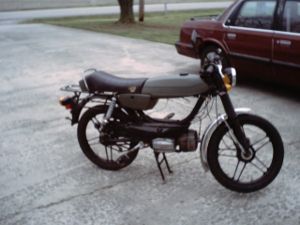 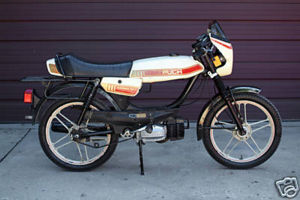 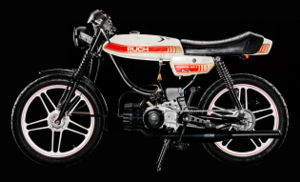 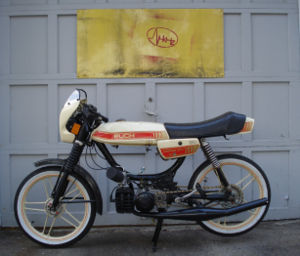 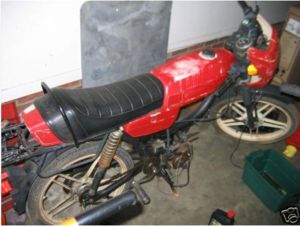 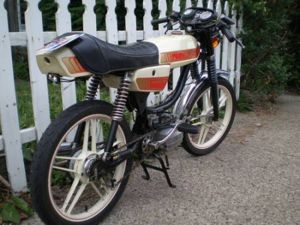 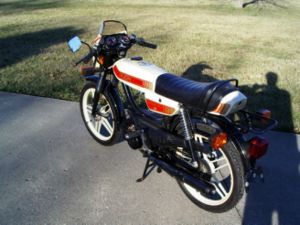 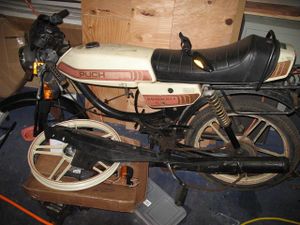