Difference between revisions of "Kamasura"

As parts for these are nearly non-existent, any Kamasura owner will need to make some substitutions. Many engine parts may be interchanged with Sachs, but they should be measured and compared carefully first. Interestingly enough though, the upper engine case has a slight difference in the casting that gives enough clearance for a Dellorto SHA carburetor. The controls can be replaced with standard C.E.V controls. The side covers can be replaced with ones from a Sachs Balboa or similar style covers with little or no modification. The rear fender and rack can not be substituted without modification to the frame as these support the shocks and thus the entire rear weight of the bike. 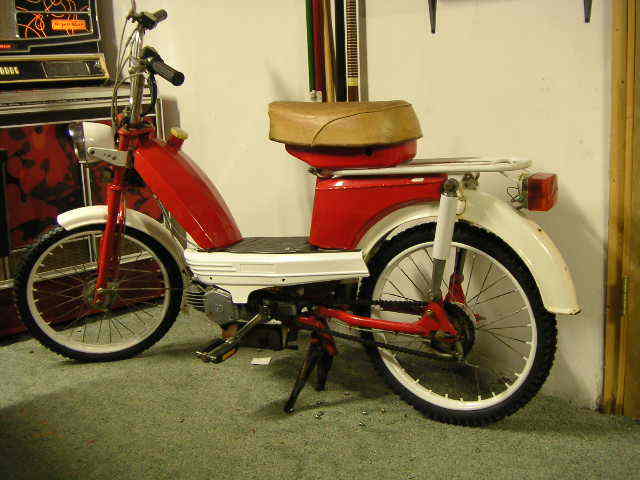