Difference between revisions of "E50"

The E50 engine is the one speed engine found on many Puch mopeds. Variations on the basic pedal-start E50 include the Korado engine and the kickstart E50, which was used on the Magnum X and some Korados. 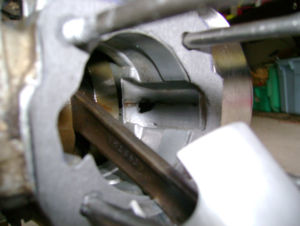