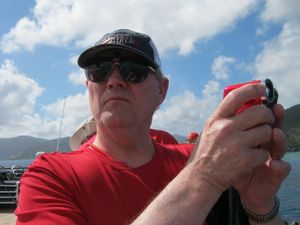 Don Ohio (don45640) is a long-time prolific poster on the Moped Army forums. During the last couple of years, most likely due to the boredom of retired life in Jackson, OH, he has taken to becoming one of the more prolific posters on the OT.

Typically, the best advice to deal with trolls is to not feed them. However, Don Ohio is a special case. His posts should not be ignored. Rather, they should be responded to as each individual sees fit. This can be something as simple as politely calling him out on his idiocy, or it could be something extreme such as counter-trolling with creative shenanigans and Tom Foolery designed to get his goat, which isn't too incredibly challenging, due to his fragile ego. A word of caution: Trying to reason with Don Ohio is typically futile. Therefore i strongly urge the latter, as it's much more entertaining, if nothing else.