Derbi began importing mopeds to the United States in 1978, After 2 years of this they began to market a bike specific to the US market. The Derbi laguna sport most likely recieved its name from the derbi moped headquarters in the United States at the time located in Laguna Hills, CA. The laguna sport was designed after its spanish counterpart the Sport Coppa (a 5-speed moped derbi created in response to the puch monza). The laguna sport was sold thru 1980 and early 1981 and discontinued afterwards, There is no exact tally of how many went into production, as they were not individualy numbered. Derbi had 2 other similar models; The C-5 diablo and RD-50 which were more oriented for motocross aplications. 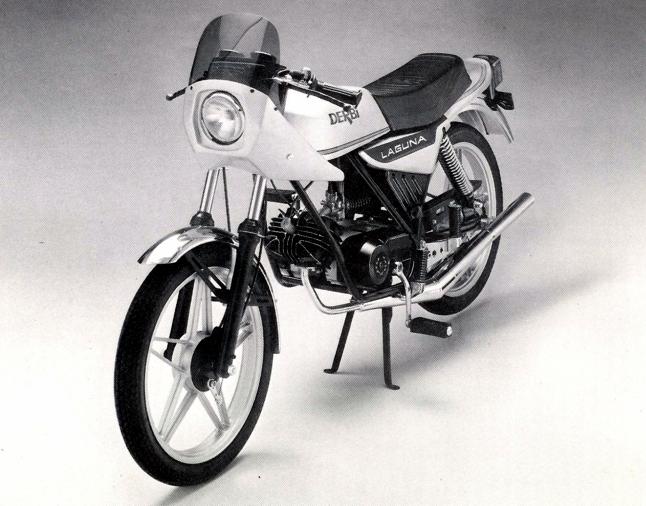 Please see this discussion from the forums.