Carabela is a moped that was imported to the United States in the mid-seventies to the early eighties. At first glance, one would be inclined to pass it off as another ubiquitous Italian moped (Minarelli 1V engine on a compact tubular frame with 20" wheels). However, upon closer inspection, you will find that it is in fact made in Mexico.

Shims- Carabela shims are for the most part very different from the V1's shims. As a few examples, the Carabela uses two shims in the place of one Minarelli shim on the pedal shaft. The main drive shaft uses completely different shim placement. Make sure to take note of every shims location when rebuilding the lower case, as the V1 manual isn't going to help much!
Ignition- Carabela uses a larger stator plate though Minarelli electronics (C.E.V.) will fit the plate
Flywheel- Carabela's flywheel is keyed differently from Minarelli, though it will fit. If this is done, the stator plate will need to be modified to correct the timing.
Clutch side cover- Here is where Carabela took a shortcut. The internal end of the clutch lever does not have the flexible steel tab that engages the starter clutch; rather, the clutch shaft itself engages it, causing severe wear on the clutch shaft. A Minarelli cover will bolt on directly in the case of this unit failing. 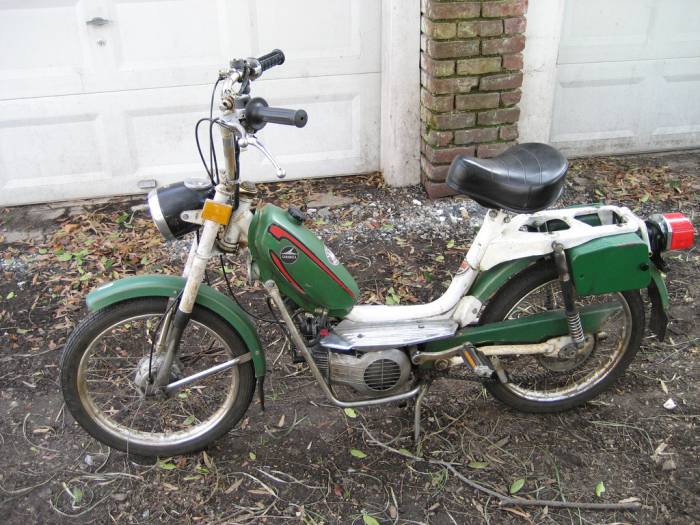