The Tunturi model I have is actually "Start" but everybody here calls all of them by its unofficial nickname Pappa (=grandpa). They were originally mostly used by older men, thus the nickname.

Pappa's were build from the 1959 until 1987. Law changed in 1969 allowing mopeds to be sold without pedals so from 1970 most moped-models in Finland were made without them. Only pappa-style mopeds from several makers were delivered with pedals from then onwards. Virtually all "sport mopeds" ie. toptanks came without pedals after 1970. Tunturi Pappa was made in several forms: with pedals and hand shift, pedals + automatic, kick start + automatic and kick start + pedal shift from 1970 to 1987. Virtually all (~430.000) were 2 speeds, only a small batch of "lumberjack" -models were made with 3 speed boxes in early 70's.

So, mine is one of the "Start" -models and it has the 2 speed manual gear Puch VS50KX engine with kick start and pedal shift. 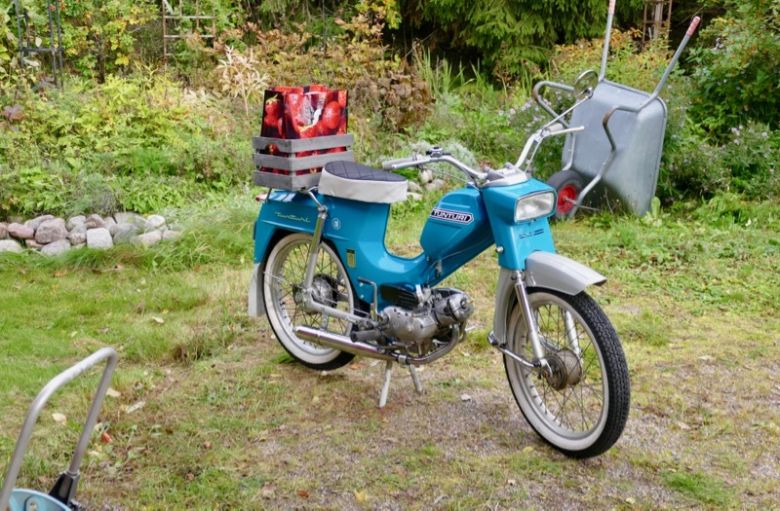