got a Batavus Mondail with the swingin' polini. I chopped it and dropped it, crammed on the snowflakes and swapped out the bars.....

Finishing up a monster project, Motobecane 40t mated with a Honda xr100, and a brand spankin' new lifan 125cc engine.

The Maggie got a top, peugeot 104, tank and a treats 70cc kit on a puch e-50, with the Estoril adjustable side bleed exhaust...

It seems like this will never end, and because of the choices I've made every single tiny little thing needs to be customized.... Oh well, seize the day! 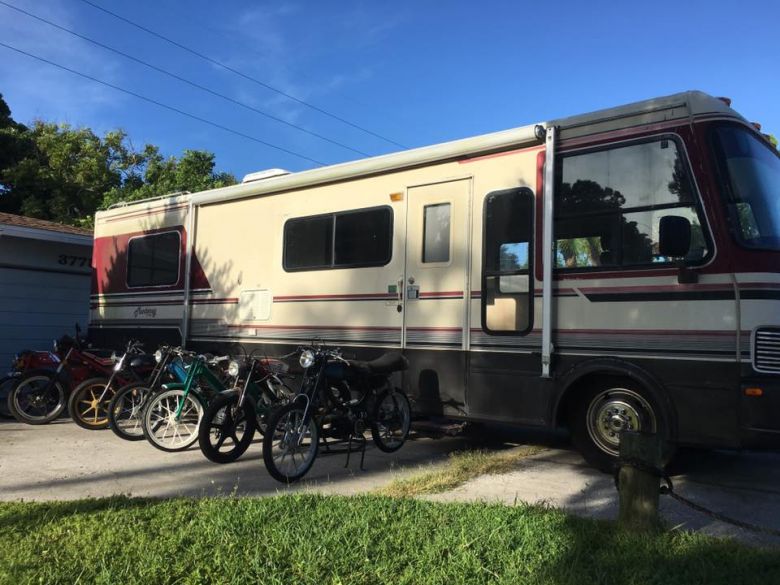