I got fat after opening a bar and donut shop, and now ride small motorcycles. I'm tall though so it works, just coordinate similar colors head to toe, wear nicer shoes, more fit on the shoulders, and as always, top notch balayage and a sweet little accessory on my arm. My favorite members not in my group are Quatto, Stever, Willd, Chad Burke, and Joe Peg since they command ATTN every time they mount a moped OR stroke the keys online. Team MOPED is also a serious group of bad boys out there. Can't take another step without properly saluting the awesome league of ladies who ride ..but wont give up my crush list that easy ;)
~Rob

@ Rob has had over 125 mopeds at one time, and currently has over 70. His favorite moped to ride is whatever is hot right now on the forums

@ At WLR's Southern Comfort, he took home the trophy for "Jankiest Moped" on his Montgomery Ward EZ Rider chopper moped, after passing everyone riding dubs escorting a lady from the beach back to the party

@ He has hosted AND ridden the Pinball Run series, covering over 5000 miles in 26 states of the USA with all of his great friends

@ He has gotten over 400 people into riding mopeds, and has given both open and private riding and wrenching lessons to curious independent types

@ He has generously used his worldwide connections to find members impossible-to-get parts for their rare bikes, and of course for his own stable of unicorns

Which was your first MA Rally? "cute. was either Piston Whipped or Whiskey Business 2. I remember at WB2 it was an awesome surprise seeing Beth From STL the first time in forever from playing shows, also met a ton of great bandits and beyond there. Piston Whipped was also some great times. We went on some beautiful rides, catching up with friends from school and seeing Chad Burke's hair for the first time ...I bought some parts just to say hi." 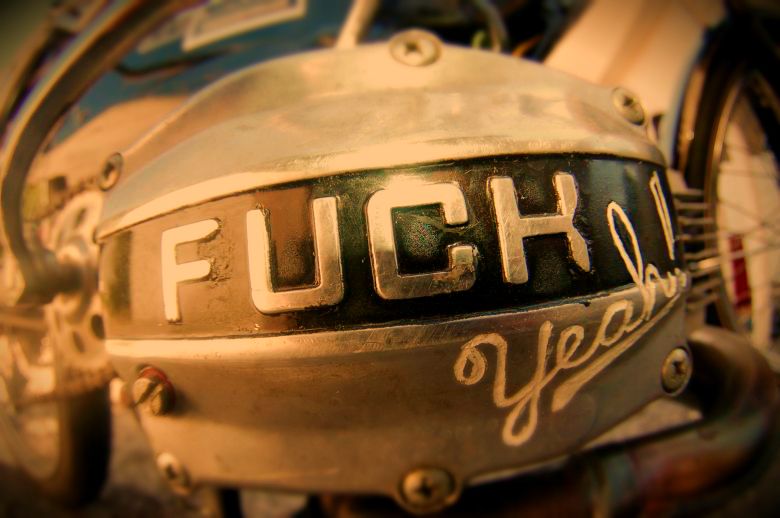