Been into mopeds since I was around 15 but never got the cash to really get into them until 4 years later.

Picked up the Jawa as my first ped sometime in May 2012 and it was a beater, it ran but wasn't pretty. Was tough on me but I learned some more mechanically stuff. I enjoy riding peds more than I do trying to resurrect them from the dead. 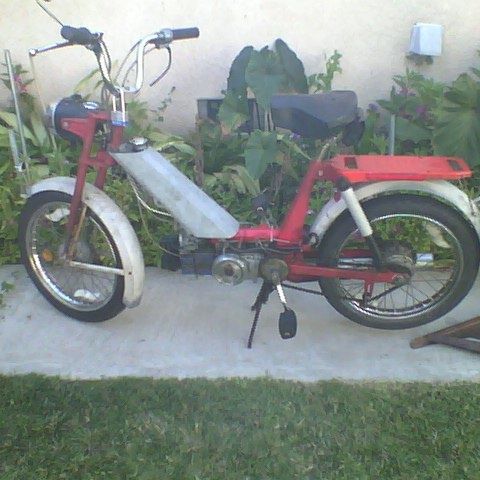 Picked up a pair of Avanti Autopower mopeds in September 2012. Super clean red and black pair. 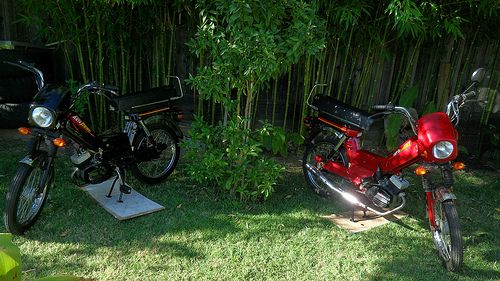