Found a flooded Vespa, that was completely underwater for two months in the Missouri River flooding of 2010. Didn't work for years before it was flooded but is running now. Problems a plenty, solutions are slow. But what fun!

Two years into mopeds, somehow I've gotten 10 moped/nopeds running well but just feel like I'm starting really understand them. But most of the time I feel like I'm an idiot and with an infection fascination. Thanks to everyone who's helped me on Moped Army. 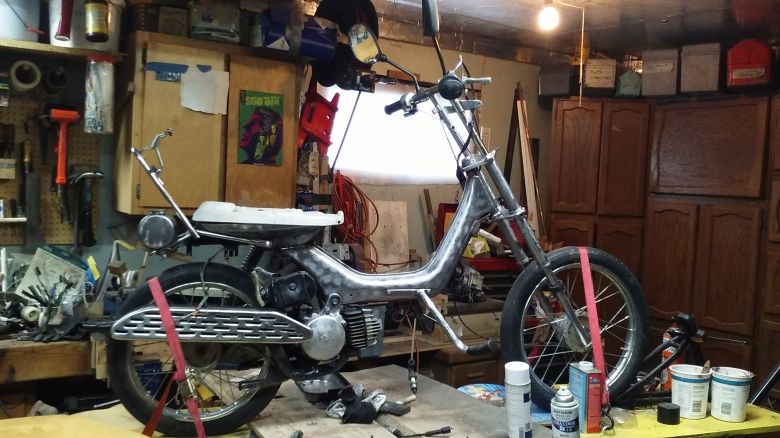