I made a song about taking a moped ride out to Riverside, which turned into 3 albums, meanwhile when I was racking up miles on the Sprint and blowing bikers' minds, a dude named Hollywood Holt came out with the big-bore kit song. The same day I caught it on U-tube I learned H.H has already moved on to doing GSXR commercials.

Range from Malibu to Dana Point when I make house calls 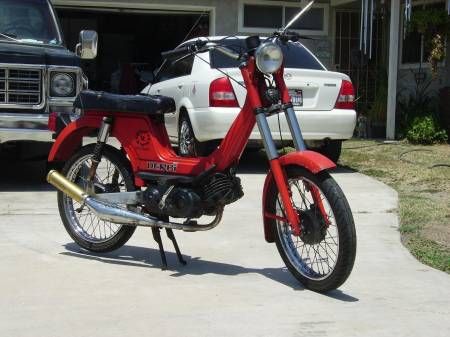