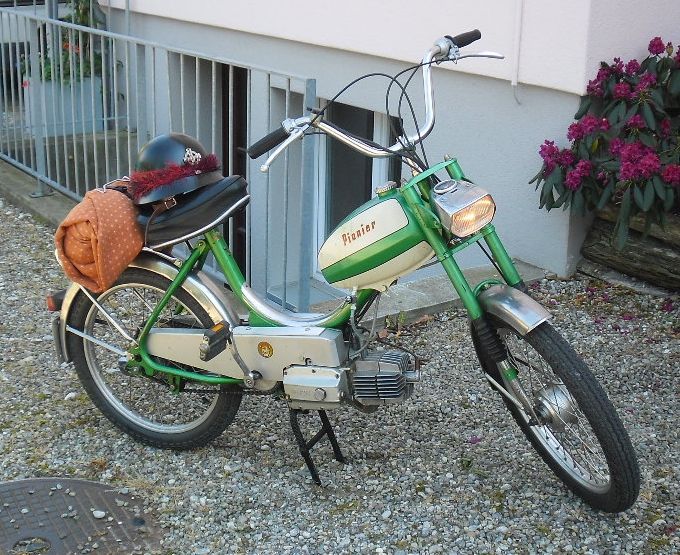 The photo shows my good ol "Aunt Tigra". The correct model-name is Puch Tigra Pionier. These motorcycles were produced in a small number in Switzerland during the 70ies. They are a variety of the Puch X30 that was produced in Austria. Every boy who owned such a thing felt a lil bit like Peter Fonda..! The Tigra Pioniers were also built with other engines from SACHS or VELUXE.
Aunt Tigra shows herself in the original design.

View 2 more Tigra moped photos.
Help us grow the gallery by uploading your own.