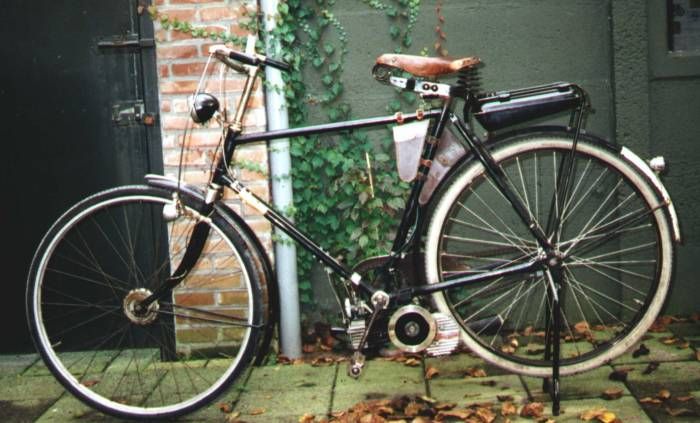 The Italian Mosquito is one of the best sold bicycle engines. It's original design was done by Garelli and soon they were build under license by Waldorp in the Netherlands, by Crossley in Great Britain and in France. Even the Hugarian Dongó is a Mosquito. East German engineers also took a good look at the Mosquito before designing the Steppke engine.

The first model Mosquito was 38 cc and was build so small, that it fitted between the pedals of a normal bicycle. The topspeed was about 35 km/h. The Mosquito is a very nice engine wich runs very smooth.

The Mosquito 38 B, wich was introduced in 1953 had a 49 cc engine and wad much bigger than the first model. It was for sale to fit a normal bicycle, but in fact it was to powerful. Special Mosquito frames were made by several (Italian) manufacturers.

View 25 more Mosquito moped photos.
Help us grow the gallery by uploading your own.