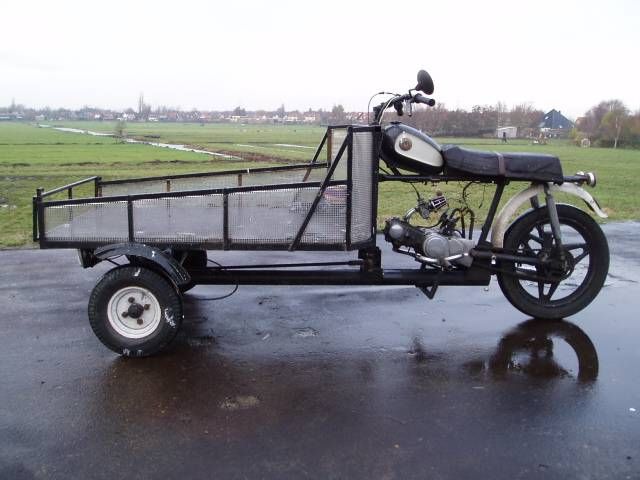 This is my baby Excalibur! It's called a bakbrommer (box moped) in Dutch. I Built her up from a bare frame during the winter 0f 2005 from various salvaged moped parts. Due to a tight budget, she was fitted with a worn-out Honda C90 4 stroke, 3 speed semi-auto engine. I Had to chop and extend the frame to fit the motorblock inside. During the summer of 2005, I rode her, along with the rest of the Mopedheads, from Amsterdam, through Germany and Denmark into Sweden, near Gotemborg. It's a real pleasure to ride! She could really haul a ton of weight and cruise at over 30mph! On the way back to Amsterdam, the engine Quit near Gronigen. So I pulled it out, and took it on a train back to Amsterdam for a rebuild. A month later I returned to pop the motor back in and ride her home!

View 1 more Apollo moped photo.
Help us grow the gallery by uploading your own.