Lets start with what were dealing with here 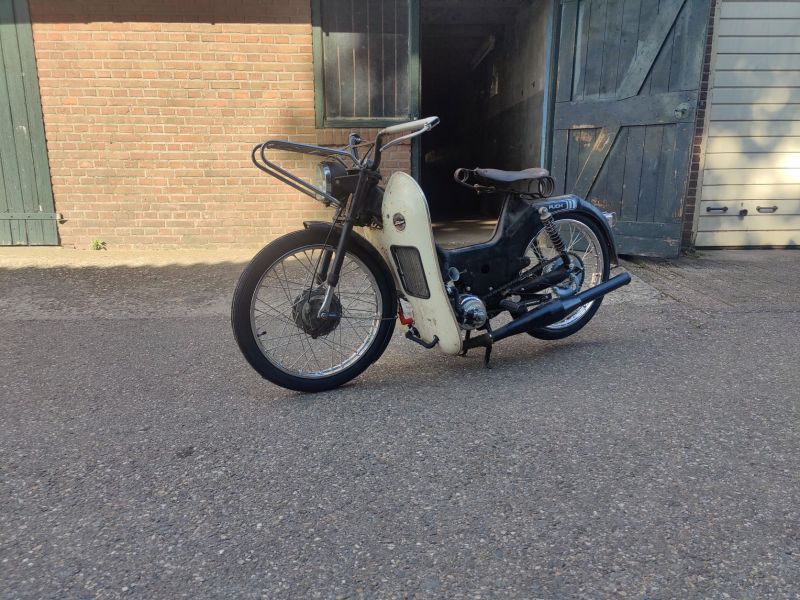 This pile of random parts is my Puch Maxi. I've had it since 2015 and it has been everything a Puch could be. Cafe racer, scramber, stock looking. I've had it all.

However, one day I bought a leg shield from an old Kreidler and ruined my 72cc Airsal due to lack of airflow.

So thats when I decided to make it watercooled.. 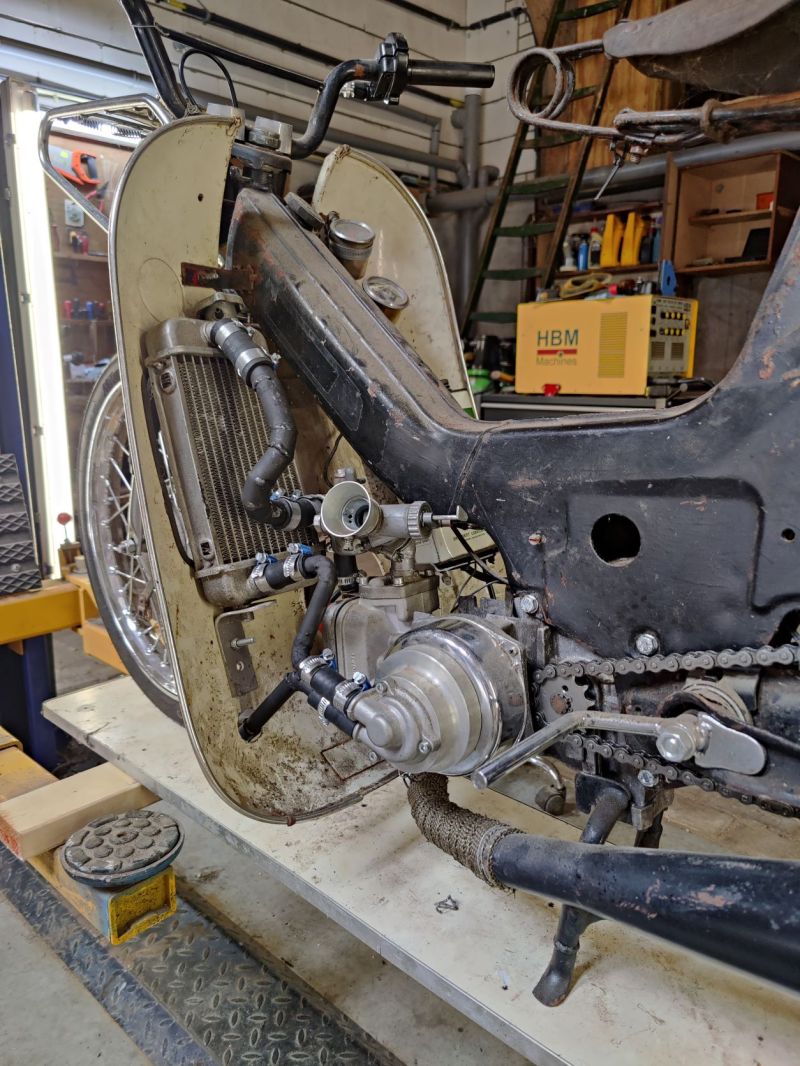 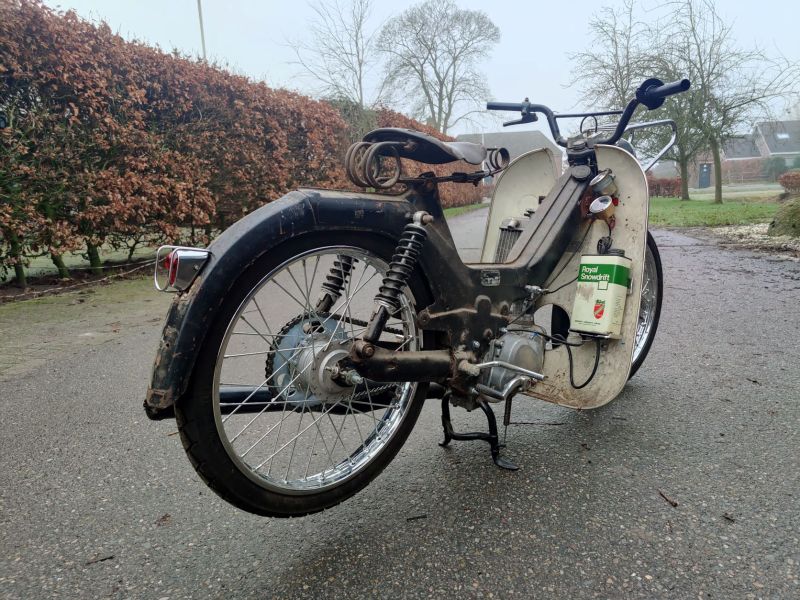 And what it used to be: 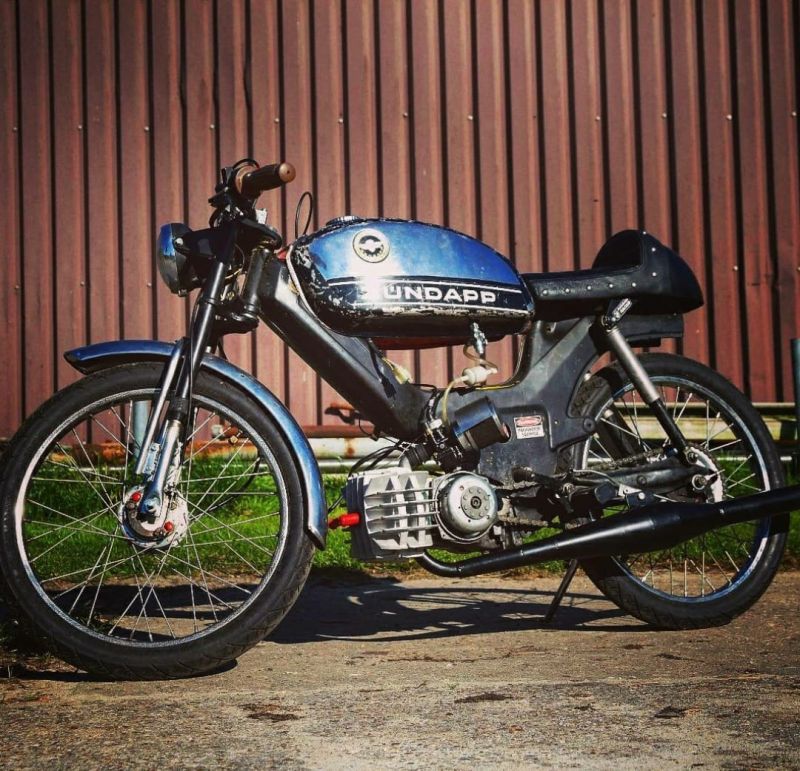 I'm planning on getting it running this winter and finishing some details on the running gear. If people are intrested, I can dig up some more pictures off the build process so far. Let me know what you think ;)

I definitely dig it!

> I definitely dig it!

this is an awesome build. I gotta know about this royal snowdrift can.

This is incredible, thanks for sharing!

I have one of those water pump flywheel covers from a kymco that I've always wanted to mod onto a moped just like that. What did you use for a coupler?

> this is an awesome build. I gotta know about this royal snowdrift can.

I was looking for a vintage oil can to hide my electronics and found this at an online thriftstore. I liked how it looked so thats why I chose it. Plan is to get a nice leather strap on it to keep it on its place.

> This is incredible, thanks for sharing!

> e always wanted to mod onto a moped just like that. What did you use for

This waterpump is a product from VDM. Its an almost cut and dried solution if you run a PVL ignition.

Its the waterpump from a Yamaha Aerox (Minarelli vertical I believe)

I really love how you attached the radiator to the leg shields! That's neat. All you need is a 1950s radiator grille. 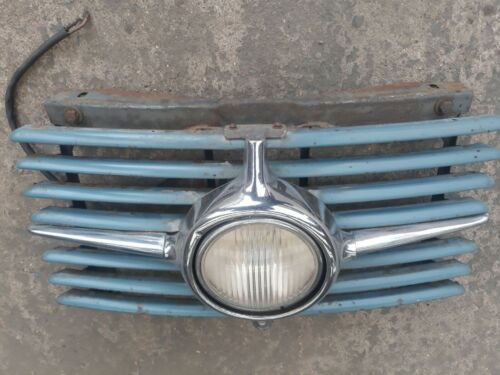 Love the choice of leg shield. Great build, I've seen lambrettas with similar radiator mounting but the oil can is where its at for me, that's a really nice touch, devil is in the detail.

Very very cool! Leg shield is a nice touch to hide a way too big radiator. The mechanical water pump is sweet too!

Carb is a bit sideways lol

> Carb is a bit sideways lol

Naw the float bowl is upright! Look at the photo better

> > Carb is a bit sideways lol

> Naw the float bowl is upright! Look at the photo better

> Carb is a bit sideways lol

They are meant that way! Its an old Dellorto UB22 from a flattrack racing Kreidler 50cc I believe. 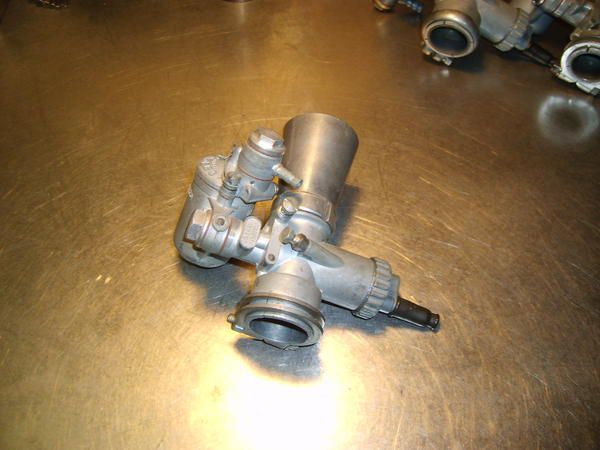 Not my picture, grabbed this of google

Its probably way to big for this setup, but I like it too much not to use. If it really wont run well, I'll machine some restrictors that will fit in. I guess with the current setup +- 16mm intake would give me the best air speed entering the engine.

But to be fair, nothing on this thing makes sense. It'l probably ride like a pig with the lack of suspension it has. But the building is just as much fun as riding it

Man the leg shield idea is great, I have some ugly radiator set ups on a few of my Peugeots, could you explain what you needed to do to make that cylinder work?

> Man the leg shield idea is great, I have some ugly radiator set ups on a

> few of my Peugeots, could you explain what you needed to do to make that

Sadly I have no pictures of how I build the engine, but it ain't exactly rocket science:

- First of all, the AF1 cilinder is, like a Puch, a piston controlled intake system. So I did not need to build a reed valve housing on my engine.

- The casings have been milled to fit the larger cilinder skirt

- Used the cilinder to locate now holes, tapped and drilled

- The engine uses an aluminum spacer between the cilinder and casings. These are flat enough that they also serve as a seal.

That's the best I can describe it I think.

How do you make a corner/lean in corners without the shield dragging on the ground? It looks close to dragging when on the centerstand. Is your bike just a straight line drag bike?

> > Naw the float bowl is upright! Look at the photo better

Haha you can’t even give me credit when I’m correct! I bet you feel real powerful lol. Have it your way jbot, I hate to steal your sun light

> the ground? It looks close to dragging when on the centerstand. Is your

It's by no means a drag bike. If you want speed, a huge piece of sheet metal blocking air is far from ideal.

It can lean pretty wel. Even though it only has 80mm (around 3 inches) of ground clearance, with the shield being the lowest point. But it can still lean around 25 degrees in both directions.

Now, this won't handle like a supermoto or anything, but it will be just fine for occasional riding around.

Does everyone in The Netherlands have an auto-lift and full machine shop, plus the knowledge and skills to basically make anything a reality?

> shop, plus the knowledge and skills to basically make anything a

I wouldn't call it a machine shop haha. I have a welder, an angle grinder and a drill press. And honestly for 95% of the stuff done on this bike, it is enough. The other 5% either gets done by someone I pay for, or I do it at my job.

The car lift is a must since I do have another project vehicle. As seen next to my Puch here. 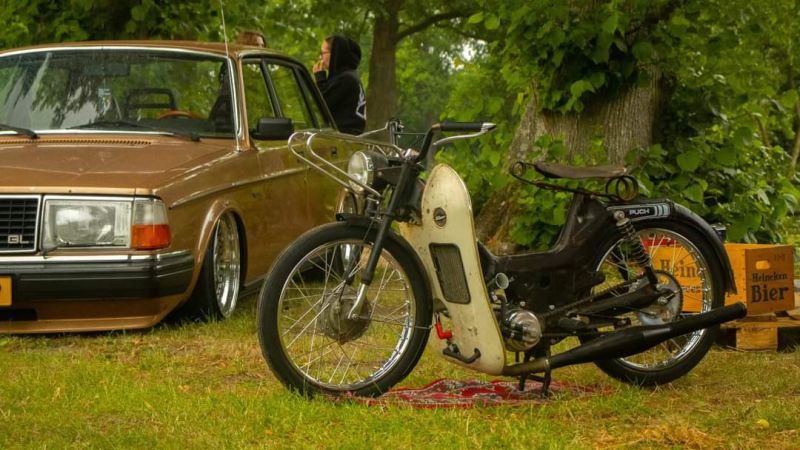 Currently not allot to update on the Puch.

It has been cold enough in the Netherlands to have water freeze to a point that it will do damage. And since the cooling system hasn't been the best at keeping liquid untill this point, I didn't want to test with cooland.

This made any testing kinda impossible. Comming two weeks look to be a bit warmer, so I can fill the system soon.

Besides the cooling issue, all I need is a small adapter to properly fit the Dellorto to the intake. Then, in theory, I can start testing and tuning the setup. And see if it will run at all.

In the mean while, with the cold weather (and me absolutly not wanting to do anything in my freezing shed) decided to draw something up to be able to drive my mopeds (mostly my KR51/2 Schwalbe) at some more places. 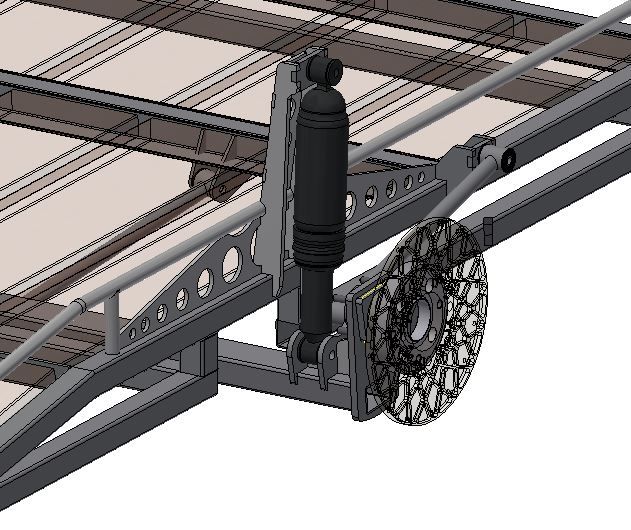 Its a trailer design pretty dedicated to small vehicles. Especialy of the two wheeled kind. Designed it to use axle ends from an Opel Astra (cheap and available) and uses Volvo suspension arms to construct the 4 link setup. Suspension will be taken care of by airshocks. To be supplied trough the airride setup of my Volvo.

Its still only an idea, I'd much rather have a small pick-up truck like my old MK1 Caddy, but the prices of cars like that have not been getting any better either. 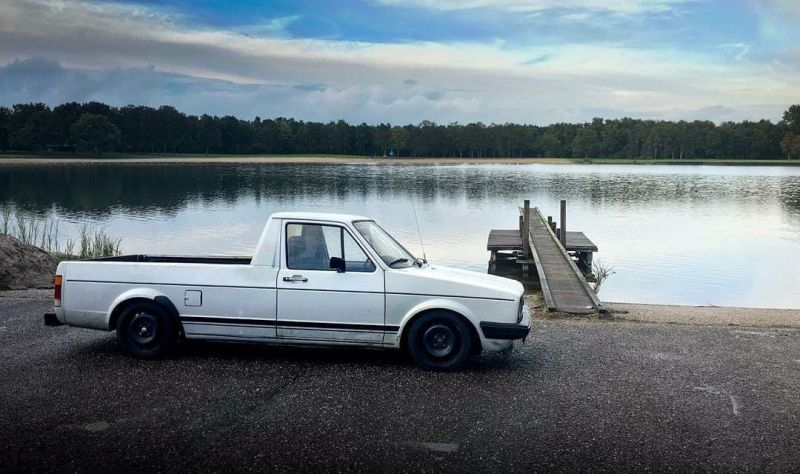 But yeah, hopefully bit more on the Puch now that the weather above freezing again.

Luv me a mk1 caddy

> shop, plus the knowledge and skills to basically make anything a

we do that and clog dancing

Well it's running. Kinda. Running very rich, still leaking a bit of water, but the ignition seems to be set pretty well and the water pump is working like it should.

Also, not on video, it has pulled trough some revs and it sounds pretty healthy.

When the leak is fixed I'll start leaning out the mixture a bit and then it should be good.

The end goal is to have it running like it should for the BromfieTTs event at the TT Assen. Which is in the summer, so should be doable.