So I wanted to either make this bore as fast as it can be, or throw a kit on the bike.

Awhile back I did most of this porting, drilled aux ports and did crazy finger ports under the exh and for boosts, etc.

What I was missing before this round of porting was top end rpm.

Pulled insane thru about 10-10.5k then just fell on its face.

So I made the aux ports larger and increased the diameter of the ports and tubes themselves from about 3/16in to 1/4+. Sadly, I punched thru to the outer wall as there's not much meat there, so a little brazing was needed as the stud holes in the cyl are not enclosed (if enclosed I wouldn't have had to add material)

I raised exh timing by accident as one aux went to about 20.5mm in a lil spot, the rest is around 21.5mm. I don't think it'll be a big deal.

The bridges are a lil thin, but they don't take as much abuse as one middle ex bridge so I'm gonna add a lil relief in the cyl wall there to account for expansion with heat so the piston doesn't get marred.

I might have to add stuffing to this cyl as I chopped off a bit too much of the cyl skirt years ago not knowing that on a 50 the case stuffing is super important for throttle response compared to a 70.

if I knew that I wouldn't have chopped any of it. I'll just add some pseudo skirt with brazing strictly adding as a case stuffer, no piston wall riding on anything if I have s hard time wicking up.

Excited to either rip or have it explode.

Had to grind the braze down to fit the stud thru

What's your grinder set up?

FUck it made a new stuffing skirt

1.5mm clearance on each side so no piston rubbings

fucking steel pipes and braze yo

Never seen this done. Now I have to do more porting tho to remove a minimum of material while letting it rip still

Ported the new skirt and piston drop test is golden.

If you wanna rip, try to make BTDC look like this on the bottom of the piston and the cyl skirt. Zero obstruction to the transfers, smooth flow around the bottom. Transfers need a lil shaping workbut I'll see how it runs first. Added feeder holes into the transfer for the finger ports under the exh.

That’s nuts! Love the work and keep it coming!

A little worry I have is whether the steel will expand faster than the cast, causing possible issues with the skirt breaking or flexing too much.

But experiments like this answer these questions, and it's nice to know the truth in all things...even if it bruises the ego

I rode it around a bit without rejetting and promptly 4 cornered it, haha. not badly at all, rings are fine.

The jug is much more powerful now for sure, even while lean.

I decided to pull it apart to clean up a touch, and raise the exhaust a lil more since it I didn't change timings much with the last go round besides the fucked up slightly high accident aux port.

At 21mm now with the main port. Will go up to 20.5 or higher if I still have decent takeoff with the 8k clutch.

Might actually mod the clutch to engage higher, maybe try for 9k if it needs it.

This Cyl is awesome!

Basically two dicks about to high five over an exhaust port

why did u put the finger ports on the same side of the exhaust and not on the other side facing the exhaust?

I think they’re gonn leak into the exhaust port

And I did add boost ports, maybe you didn't see them

Cyl was so fast for a long long time, but alas now the cyl is dead :(

Went a tiny touch too wide with that main center ex port without a curved top and sadly I snagged a ring. You gotta watch the main ex port on 49cc, so easy to go to too wide snagging territory. What I should have done is just left the main ex port smaller at 65-70% of bore, then expanded the aux ports to fill that gap. If you cut what looks right on a 70, this will happen. Haven't ported in awhile,

It's nice to learn hard lessons

Replaced the ring and tried to smooth and ramp up the ex port to help but my timing was too high then and have a hard time wicking up. If I get it to wick it makes great big power but ex timing just got too damn high. And...I can hear that ring clicking still,

So I'm calling it.

Was great fun and now I can put a big ol kit on this tiny bike.

I wonder if you couldn't braze the top of that exhaust to get it where it should be .

Take a bit of finesse , but , at least you might save the jug .

I was going for broke.

I learned something and now can move up to a cylinder that will make this bike dangerous. That's more fun

> I was going for broke.

I figured as much ... push it to the limits and then some , to see what will be .

I just hate tossing stuff if it can be useful for a while longer . That's why the braze question .

Anyway , it seems you're ready for new adventures . ;)

50cc just doesn't give me any torque for these hills. I mean like to really rip up these mini mountains. That's one thing 50cc won't do well. I'll climb them at a good clip with this former cyl, , but I can't dump the shift and let the torque pull me up extra quick with that manual hobbit trans, and doing that is one of my favorite things. I prefer a really built kitted engine that is so powerful that when you're just riding normally it feels like it's barely working hard.

Don't know if this makes sense to ya

> Don't know if this makes sense to ya

" Ain't no replacement for displacement " applies to 2 strokes as well . 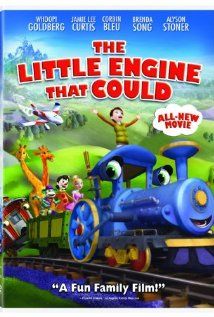 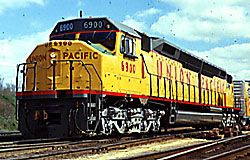 Yeah, I have 3 very ported stockers.

What I've learned is that they are great cyls once you finesse them, but they'll never be dangerous.

And danger is my business.....

I would love nothing more than to rock a super reliable stock bike all day long. But I too have hills and 40+ mph roads all around and stock is too dangerous and underpowered for rides around where we live. Gotta build them up to make it safe. Such a weird thing to say.

This was a 55mph cyl for years and climbed anything.

I just pushed too far.

But now it's dead and I'm going to bury it in the yard. It gave me lots of fun times and taught me great things..

Oh 49cc hobbit bore, you remind me of another era, an era of freedom and recklessness, an era of long days in the garage, an age of innocence and hardship, yet a dogged perseverance that fueled my rise to stardom, allowing my transcendence into pure energy and thought.

I was in a very very angry mood earlier and wasn't reading correctly thru my rage filled eyes.

Yes, we have to build them up to be lil beasts.

I have to, but it's not for safety

Its for feeling alive. Came back to porting because it's such a thrill to hear the first way more powerful braaaaaaaap after the engine comes to life.. In a world of so much death, it's nice to create new life (even if it's a machine)

> day long. But I too have hills and 40+ mph roads all around and stock

> is too dangerous and underpowered for rides around where we live. Gotta

> build them up to make it safe. Such a weird thing to say.

You had to say this didn't you. God dammit

Great now it's stuck in my head

(The 50cc jug can be saaaaaved, save me jbot, saaavvveeee meeeeee)

Ok I plan on attempting a repair of this center port that got snaggy.

Braze is like the coolest shit for cast iron cylinders

> Ok I plan on attempting a repair of this center port that got snaggy.

I once tried changing an exhaust port using JB Weld . Of course , it didn't hold . Most of what I put in that port went out the exhaust . I had to try , just to find out for myself .

I like your thinking it’s out side the box ...

When looking at some of the port maps for 2 strokes made now in snow mobiles and race motors it makes you think some of these old 70/80 two stroke cylinders could add some boost Intake and small auxiliary exhaust Ports to old cylinder types .

I have really had long time thoughts for the Yamaha FS1 cylinder .. not as radical as you but ..... along the same lines ..