> To close out this thread here are the facts: Alex is full of shit. No

> video equals it never happened. The bike was suddenly "sold" which is a

> grenaded. Alex is a fraud ladies and gentlemen. I'm not jealous of

> someone who cannot show us proof that his shit actually worked. He

> avoided inquires about making a vid repeatedly on this thread. That is a

> clear red flag. What most likely went down was that Alex did do his

> his first and only run with it. Its the ONLY reason he did not post a

> video(s) of the clutch in action on the road. Why? Because that is the

> first place. He is a fraud ladies and gentlemen. His shit likely blew up

> within minutes of his starting the engine. You know what they say...no

Hey pussy. There would be no reason for it to self destruct, they are meant to spin out 10k+ rpm. In fact it was the best clutch I have ever felt on moped. I still miss that puch to this day and wish I never sold it. But, what's done is done.

How about you just fucking put one together for yourself and you'll see. IT IS SO WORTH IT!! I had to get another puch. I would immediately duplicate what I did on the last one, first thing first. There was never a video shot when I had because of hose busy I was between that build, starting my hobbit build, the tail end of a lathe restoration, getting ready to have my garage torn apart, work and side work going on.. as well as owning a house. I was lucky I was able get done what I could on everything. Needless to say.. I was stupid busy pretty much ever minute of the day and just could never find time to have my girlfriend record me pissing off the neighbors lol so.. shut the fuck up. And do something more constructive like DOING IT YOURSELF! haha

It’s not about the stupid clutch and how much better would of been anyways….

This site was fucking cool and no body cared about fucking up and not having something work correctly. We’re a bunch of fucking outcast then all a sudden social media got in the way and we all went on ego trips.

This about building something you personally haven’t achieved yet not about what i have done you haven’t. It’s about pushing each other to build faster, stronger, more efficient mopeds.

The trolling is fun but some people mis understand it a take it way to seriously me included.

Yes this post is mad old but that’s a $500 clutch and it is a big deal to get to work correctly so you better have evidence It actually worked.

My point is still valid Alex. You STILL have no video. What you say about me doesn't matter. You are the one who claims you pulled this off. Then you say your going to post a vid on the thread of it on the road and yet all this time later guess what ladies and gentlemen...still no video. He's lying plain as day. This is 2021 where its a no-brainer posting a vid proving your claims not 1900 where your word alone would actually count for something. Hey I got a Puch e50 with a stock clutch that will eat your Tomar for breakfast. But guess what I'm not going to post a video of it because of course thats bullshit. Your a fake Alex. Take the L

> having something work correctly. We’re a bunch of fucking outcast then

> all a sudden social media got in the way and we all went on ego trips.

> This about building something you personally haven’t achieved yet not

> about what i have done you haven’t. It’s about pushing each other to

> to get to work correctly so you better have evidence It actually worked.

Wow…. I may have had a lot of weed drugs but this is your best post 👌🏻💯

Thanks Alex, fuck these nerds.

My case induction on that motor in video leaked & failed, and was fighting getting it to pull as hard as I thought it should. so I ended up swapping the tomar clutch & straight gearset over to a more traditional gila motor. I haven't experimented a whole lot with clutch settings. It stalls high, lurches hard and stays consistent over a track day. It is geared short af, but with as high as the stall is, that's the way to minimize slip time, then make up for it in rpms

Atm I feel like I've gotten ktm to hit harder initially, but where the tomar shines is longevity. Heat fade is very minimal compared to ktm at a similar rpm stall. I bet with some more experimenting I could get it hitting even harder. Still rocking the 6 springs it comes with from factory, at lighter preload.

Another advantage of tomar is how easily adjustable it is, it's just popping clutch cover then turning the Allen screws equally to adjust preload. Ktm can be rad but I found getting the spring washer stack dialed in to be kinda tedious for a while (edited)

See at least Jordan has a video to back up his claims. Maybe Alex is actually from New Jersey because Alex is doing the same exact thing the kids from New Jersey do. "My Tomos does over 60 mph with only a biturbo pipe everything else stock I swear on my mommy but my camera dont work and I can't get stuff to upload." But hey Alex is special he's better than everybody else because he owns a house so I guess that means he don't need to post any videos proving his shit "worked." He should change his username on here to "Jersey Mike" because this garbage of a thread has been found out to be no different from Jersey stock bikes tearing it up doing 60-70 mph with those biturbo miracle pipes lol...And what do ya know...of course theres this lingering slight problem Alex has hanging over him and his thread he started last year...there is still no video (edited)

Ladies and gentlemen: there ain't going to be no video from Alex involving his Tomar clutch. Because it likely blew the fuck up to bits as soon as he got on the road. I would be ashamed to post a video of that too. Such as waste. He destroyed a perfectly good $500 clutch and not to mention the countless hours setting the thing up only for him to secretly fuck it all up somehow. Yeah we understand Alex. Its okay. We all mess up working on mopeds from time to time. But seriously thats the REAL reason why he never put up a video and guess what? He's not going to be posting one anytime soon of that clutch. That shit almost certainly was blown to bits right after he first took off on it. Well guys and gals at least we've finally gotten to the bottom of it. Thats what most likely happened. Its too bad there's no video of it grenading. All that time and money straight down the toilet. Now I'm disappointed 😂😂😂 (edited)

Man you have a huge stick up your ass

That shit sounds personal, like Alex is a cool dude from my interactions with him and I believe he got that thing ripping. Fuck a video lol

Nah no stick up the butt just the raw fact that if somebody in this day and age is going to go to all that trouble to create one of the best and rarest clutch builds ever the first thing most anybody would do is put up that video so everybody can congratulate you on your huge accomplishment. Especially on an internet forum. This is common sense 101. It is nothing personal I don't give a shit about him and his personal life. I could care less. It is just funny the irony involved between his thread and the biturbo Jersey Tomos threads of times past. But hey theres always the very slim possibility that maybe it really did work but then he is dumber than a box of rocks when it comes to how to prove an "accomplishment" online. When it involves such an extreme rare top build such as a Tomar clutch a valid video of his own completed bike on the road is a key must. It has nothing to do with being personal it is just how things are in 2021 especially on an online forum

Quit saying “ladies and gentlemen” in every post plz, this shit is weird

yea cut that shit out. or maybe you can just stop posting completely. that would work, too

Are you going to be alright? Some people don't feel the need to record everything they do, regardless of cost or time. I can understand he was busy juggling loads of stuff, so even less chance of videoing it. For some, mopeds ain't their life. But dude, you're cry babying about this and looking like a cock for "trying" to call this guy out. Like he says, if it bothers you that much, try it yourself.

In the real world we have lizard people, Qanon and the Bilderberg group. In mopeds whe have the great Tomar Clutch Conspiracy.

I think somehow this is all connected...... Queue the spooky music

> Quit saying “ladies and gentlemen” in every post plz, this shit is weird

Ya dude chill out on this. It’s getting or is already at the point of weird. Dude did a thing. 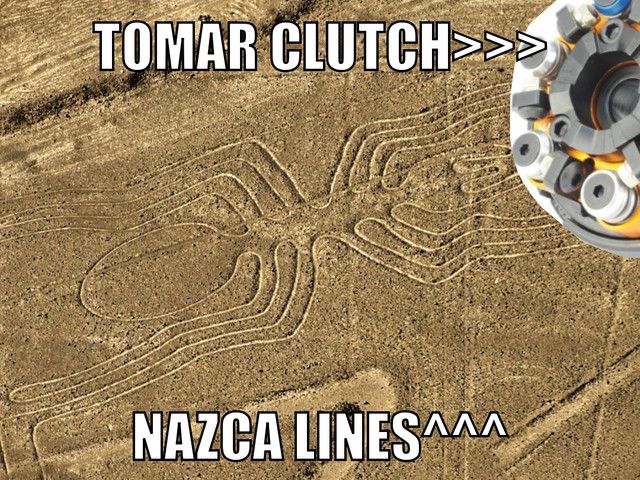 you ever think about how weird aliens are,

like can you imagine some weird creatures that look kinda like us but like have different features and unnatural skin colors, and they just arrive on some crazy ship with all kinda technically advanced shit and talking in this illegible alien tongues and fucking blast people to smithereens and just start taking people away for who know what the fuck they're doing

That'd be some evil fucking aliens. we should destroy those fuckers

Like, that's pretty much what happened with the slave trade.

Seriously tom you're sounding like a fuckin prick. Nobody gives a shit if you believe him or not, most people that actually build cool shit do it for themselves and not so a bunch of losers that post all day on the internet think they are cool.

Alex does really nice build threads with lots of pics, we don't need a bunch of keyboard cowboys turning him off from contributing. I'm sure he's got better shit to do.

Okay Graham you win. I'm sorry some of you got butthurt by my replies. But the "Great Tomar Conspiracy" would make for a good thread. Especially if we throw some more alien memes in the mix. This thread could use some lightening up anyhow 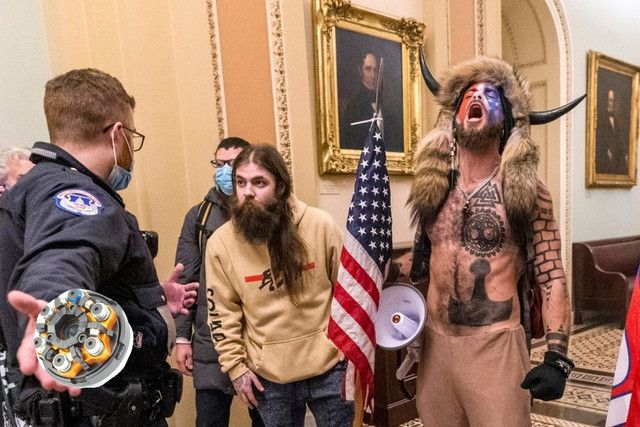 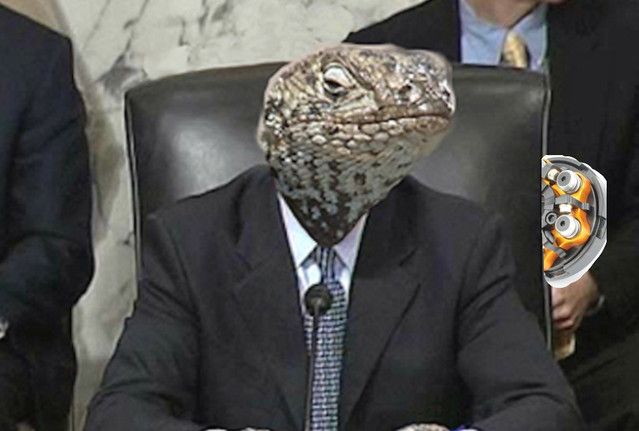 The funniest part is we actually can’t even verify these claims because the clutch his behind a clutch cover.

Well you know what they say...

If you want to send me the clutch i will put it in my gila and blow it up, assuming that it wasnt actually sold (edited)

No the thread title actually says Tomar not Tomos. Regardless I'm starting to believe that maybe our alien friends from outer space really did take his bike. Either that or he blew it up. Too bad we'll never quite know for sure...