Anyone play around with Honda Grom fork legs?

I have a modified CR80 fork on my Moby, and while it works reasonably well, it's not great. It's underdamped (potentially fixable), overspringed (also maybe fixable) and, most importantly, absurdly heavy (not really fixable). It weighs nearly as much as the rest of the bike.

I've been looking for workable replacement, but the combination of small overall height and short travel means I'm more or less stuck with stock EBR's or modified dirtbike forks. I was pondering the issue this weekend when my wanderings happened to take me into a motorcycle shop, and there it was; the Honda Grom.

It's roughly the size of your average youth dirtbike, but it only has about 4 inches of fork travel. I'd need to go back with a measuring tape, but the head tube seemed to be about moped-height. It looks like you can pick up a set of OEM fork legs for a few hundred bones on fleaBay, and because it says Honda on it, there is a thriving community of knuckleheads with flat-brimmed baseball hats and more money than sense willing to keep a cottage industry of suspension upgrades afloat. That means you can even get Ohlins cartridges for them, if you *really* want to go bananas. I have no idea how much they weigh, but I'd be shocked if they were anywhere near as heavy as my CR80 fork, and I'm sure they're stiffer.

So here's my question: has anyone attempted to adapt a set of these for moped use? Barring that, does anyone own a Honda Grom, and would you be willing to take some measurements for me? I'm considering trying to find a cheap set and machine up my own triple-tree (because I really doubt spacing would fit my wheels).

Re: Anyone play around with Honda Grom fork legs?

Maybe you could make some fork legs also

Re: Anyone play around with Honda Grom fork legs?

grom forks have different diameters for upper and lower triple clamps. Guess machining your own tree is the only real way.

Also I don't really believe that the ~41mm tubes of a grom will be any lighter than dirt bike stuff.

Could try to get some Ape 100 forks, same/similar to old xr100 forks maybe. 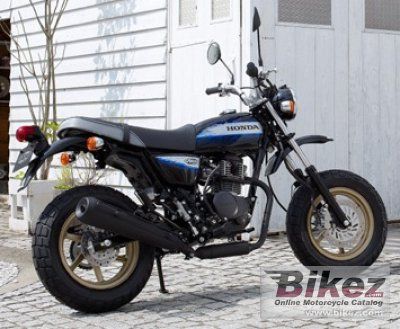