Frank Holvick /
ineedamopednow
This single post is part of a larger thread. Start from the top or view this post in context.

Ive never made a build thread before, but I've decided that this might be worthy of documenting since as far as i know the only other variated tomos engine powered moped was built by tomahawk tuning. The only info i can find on the tomahawk bike was a pic and a few sentences describing it. Im not super far along with the bike, but this is the what i have planned. Its going to be powered by a modified tomos a52 engine and ill be putting that into the 81 (le moped) i just snagged of of craigslist.

I was originally going to modify my batavus regency roller i have, but the moby is a much better choice for a chassis for a lot of reasons. Im planning on using as many off the shelf parts as i can and keep machining and welding down to a min. i dont have pics of all of the destruction, but i started out by taking most of the transmission components out of the engine. i split the cases pulled the crankshaft and drive axle and then started trimming the case halves down lol 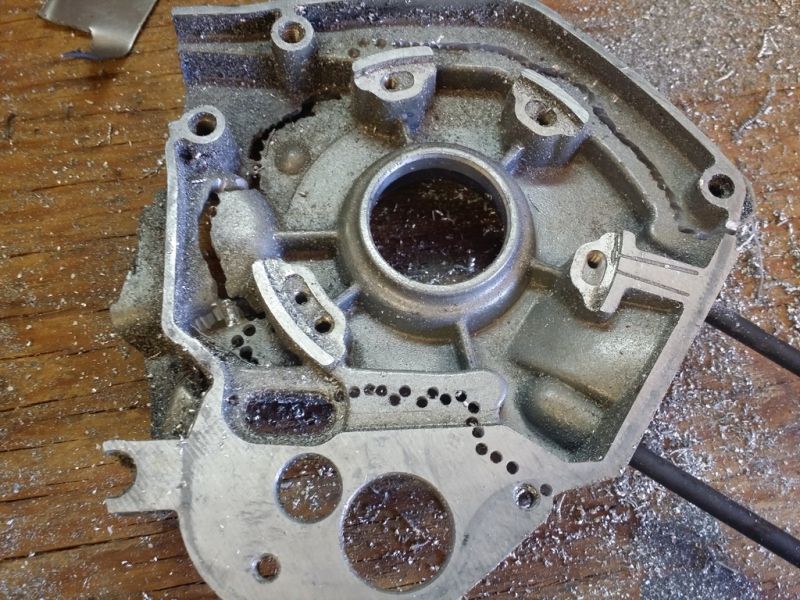 i started by cutting the engine in half, after it was a more manageable size i used a drill press to make a series of holes around the crankcase to remove as much material as i could before i started carving it down with the dremel and a hss burr.