Why would you bother.. could just be another scooter thats a motorcycle.

Definitely just post about it and never finish it.

Spree would be more exciting. Definitely don't upgrade the suspension or brakes though.

Eh really it would be a downgrade from the scooter.

Unless you're doing it for titling reasons. it has been done before though..

I think it'd be fun as hell, do it

unless somebody wants to buy the urban express

seems like a fun project, but it kind of takes the fun out of modding the stock engine though. on the contrary if you want speed and reliability and not spend months and many hours of time reading and practicing 2 stroke theory it is the way to go.

"it rides good, its balanced well when riding , it cruises nicely at 50mph and tops out at around 70mph"

70mph sounds scary on that thing

I have been there, and for a short moment is cool.. but I feel the wheel bearings would destroy themselves at sustained speed. I can't imagine the instant faceplant..

You would need to swap the front end also. Disc brakes and hydros. I have a 150 I would like to slap on an Urban Express

Im building one like that right now I was shocked to find out the engine fit so nicely, now to figure out how to place the carb because thier is no room underneath may have to forward face it. Then there is the wiring and brakes going from cable to hydraulic.

That would not happen

Mars and I were talking about building one, I've got the frame, and he's got the engine. If us dumb dumbs thought it'd be fun, you should totes do it

it would be pretty easy, but getting the motivation to make it happen is the only hard part. especially if both bikes currently work, then it's almost certainly never going to happen, because nobody can justify tearing apart two running bikes to make a interesting but generally less usable joke bike.

well, i can, but you'll regret it.

i mean it's just a pivot, you can jam a scooter motor on anything. then you'd have a spare urban motor too, which you could put on a BMX bike!

I personally would tryn make a second shock mount on the urban though, and improve the braking capacity. but then again, whatever.

I am actually almost done building one of these. Just gotta make a new intake. Im using 1inch copper pipes and elbows to do this and fit it under the frame in front of the motor. Everything fits good just no where to put your feet afterwards. Will see how fast it goes. This motor 150cc gyc looks huge as hell under the urban express frame

Saw one in Florida craigslist a lil while back

I say go for it...I build custom scoots/mopeds for fun... 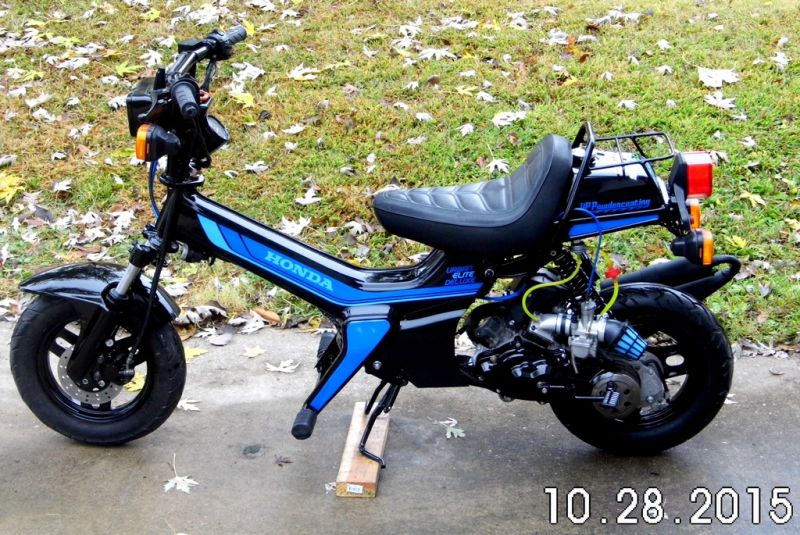 > I say go for it...I build custom scoots/mopeds for

yeah that looks fun. but be careful leaning into corners, i've caught the footpeg before with the normal wheel size, yours look pretty low.

do you have any closer pics of how it's all mounted up? 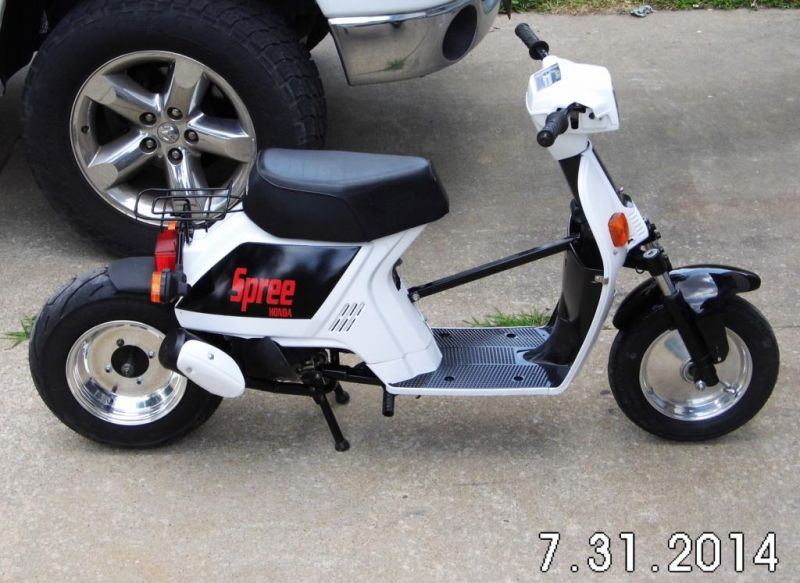 here is my completed project I talked about earlier. test drove it and it is my fastest moped. im going to make a video for youtube soon with a gps it feels like I get somewhere around 60-70.

some more pictures of the beast

for those who doubt it can be done here is proving it can. didn't have to do much modifying besides the electrical to get the starter and lights to all work. the real only custom work done was moving the foot pegs out and down like an extra inch and making an intake for the carb to fit. the rear wheel is actually moved like a half inch to the right not centered but doesn't effect the ride at all. this bike does wheelies right off the start very easily that's the only so far danger to riding it, I almost lost it on the first ride lol. all those other bikes aren't true 150cc this one is and it did take some time to get it right or as close as possible for a legit riding scooter.

I have worked on this bike and ridden it. Its all Dave says and more.

If I told anyone how little cash was invested in it , you probably would not believe it.

He spent a lot of hours getting it right .

60+ mph and feels stable and safe. We couldn't even film it at speed because it blew by so fast.

It sure beats spending a grand on a 50cc ped to have it go 50 and having it seize because the timing was off a couple degrees.

Plus it can easily be registered as a moped.