Well my Safari has been taking a long time to get everything the way I want, but I have been making some progress. I have been unhappy about the swingarm on it. It is way too flexible and I would like it longer. I am hoping to get a wheel base similar to the 48 inch Honda MB5. So I grabbed my MB5 swingarm and compared it to the Safari swingarm. The MB5 is made for an 18 inch wheel and it is also a long swingarm with good shock mounts. It pivots on rubber bushings like most small motorcycles, and my 5 Star General. 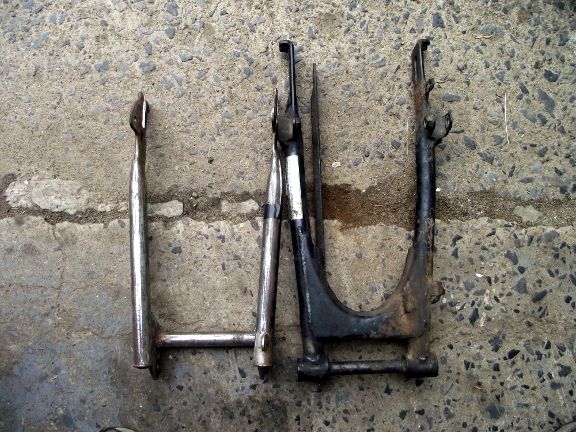 Another issue I have is the chain rubs the swingarm mount, especially since I put longer forks and shocks on it.

So I decided to change the swingarm mount also, lowering it, and moving it back a little.

First thing I did was to make a 3/4" diameter mount with 12mm bolt holes that will fit between the mounting eyes on the MB5 swingarm, about 3-7/8 inches long. (edited)

Next I cut 2 notches in the back edge of my frame for the new mount to sit in. I left the old mount to use as a guide so I could make sure they are parallel in both planes. A little filing one side or the other and the fit is exact. 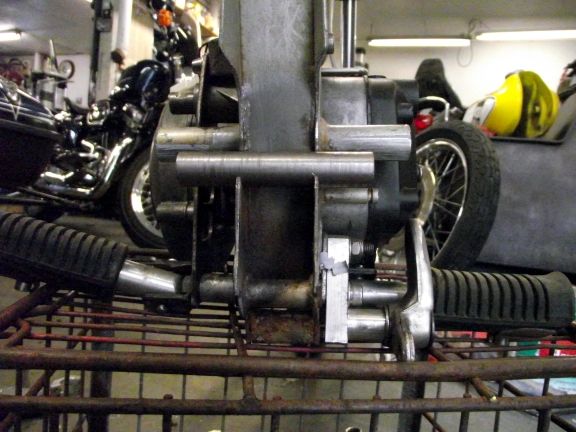 Next I cut the old mount off which gives more room to weld around the new mount. The new mount is welded on the inside only so far. 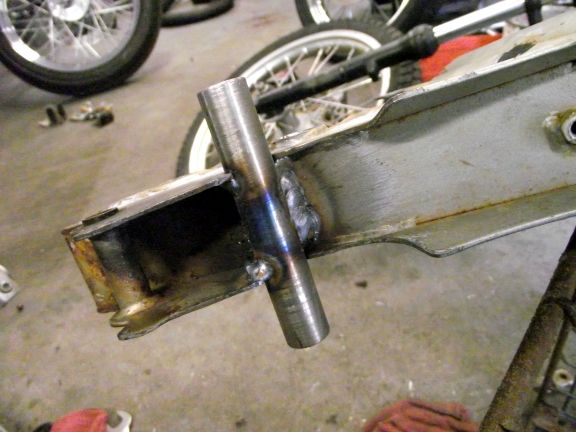 For more strength and rigidity I made a couple washers to go over the new mount and weld to the frame. But Wait... There is now room for the battery in front of the rear fender, just above the swingarm. This puts the battery much lower than under the seat, lowering the center of gravity. 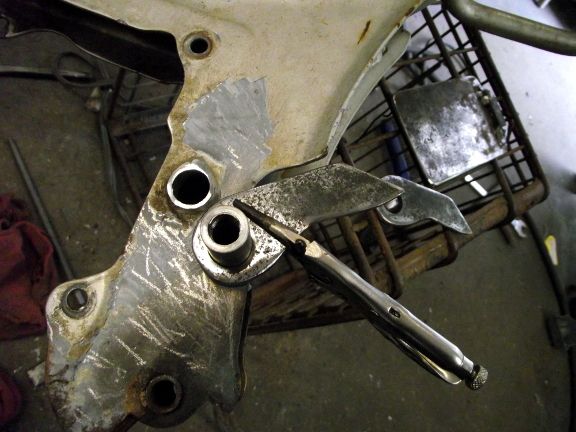 So I made some brackets to put the battery box on, and that act as reinforcements on the mount. 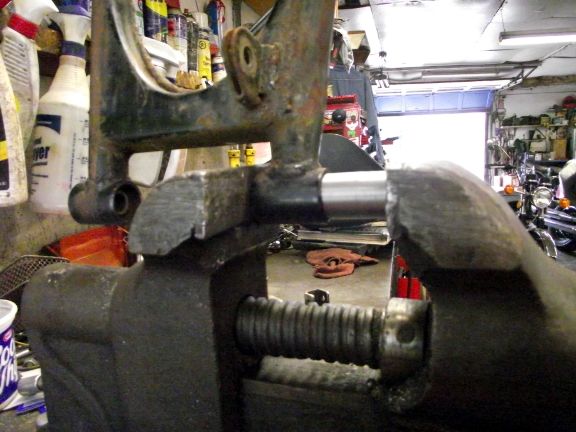 The swingarm bushings are installed flush on the outside and I need them flush on the inside. I turned a driver out of steel that is 0.015" smaller than the bushing on the OD. The ID was cut so it just snugly fit over the inner metal part of the bushing. The inner hole centered the bushing and I just put them in the vise and pushed them to the inside. 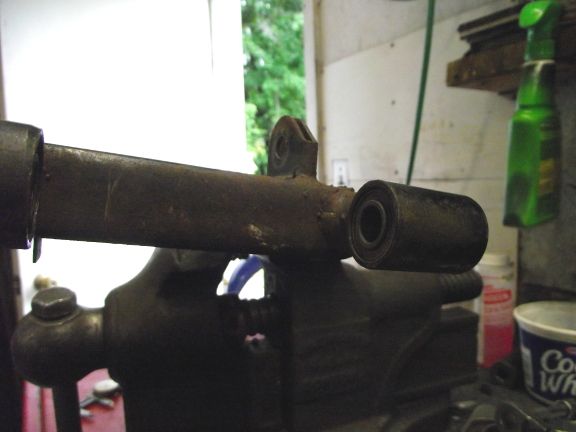 The reinforcements are welded in place and the platform for the battery is in place. 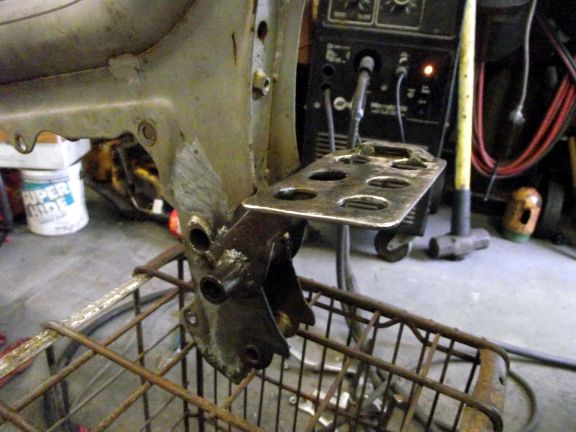 Here it swingarm is in place (upside down) with the foot pegs and brake pedal in place. I was surprised to see the old swingarm mount tube was quite thin, and bushings were pressed in at each end to make the ID fit the bolt. My new mount is heavy duty compared to the original. 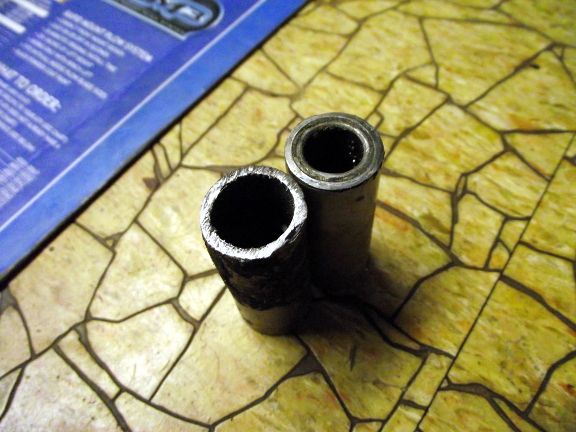 Except for the fact that i don't have the correct bolts, I assembled the Safari to see how I made out. The wheel base is now about 47.25" with the rear axle in the center of it's travel.