Trying to tune a 15mm Puch Bing carb (not a clone) on a stock 50cc Sachs 505 D motor with Sachs MLM sidebleed pipe from Treats. I'm starting to think I went too big with the Carb/intake and was hoping someone else went down this road before me. I fabricated an intake riser to match the 15mm manifold in order to raise the carb up to fit on the bike (a very nice and clean 1980 Prima that ran beautifully with stock set up). I got curious after riding stock for a while and wound up jumping down the rabbit hole.

At one point a friend reminded me to check for air leaks in the carb and I noticed that I'd damaged the very top gasket so I carefully cut out the profile of the original gasket from a cereal box and am currently using that to seal the top of the carb. Doing that certainly helped a bit but did not fix the problem. The bike does not four stroke with the air filter off. I've tried both metal and foam bing high flow filters.

I impulsively bought the performance parts and everything actually worked pretty well for a while but it was because the intake riser was leaking air. Probably should have left all of the components stock which I could go back to easily but as long as I've got the performance parts I'd like to use them. My goal was to have this bike hitting 35-37 with the stock cylinder while keeping a large sprocket on the back wheel for super strong low/mid range.

I actually just got my 15mm bing, I'll be starting down the same rabbit hole this week.

It would seem that you need to down jet if you are still four stroking. You are getting too much fuel for the amount of air it is able to suck in.

Are you putting it on a stock Sachs D motor? I'm either missing a very specific variable or have the wrong carb for this motor.

I'm putting it on a 504 C. If you are on FB, check out the group: Lovers of Sachs Mopeds. There is a thread there right now with some other folks and their set up.

Also, there are a few i think on the garage on 77.

Also I should re-word something I said in the original post. What I said is this;

I have a 15mm bing and clamp on jammy on my sachs and it does 35. And it's an A cylinder. I was also having trouble with it 4-stroking at WOT with every jet I tried without being too lean. I got one of those flat velocity stack looking filters with a screen and it solved my problem. I think I'm running a 76 jet.

Gearing has nothing to do with jetting. Sachs and Bings go together like weed and hippies. Bings are best when combined with an air filter of some sort...they don't do so well when you just cram air down their throats. I'm not sure on that setup (D, 15 Bing, MLM) but I would expect you to be up the 70s-80s range. Make sure your timing is on point before you mess with jetting. For the Bings, generally the 2nd notch from the bottle (needle) works fairly best. To jet it run it WOT til it four strokes then drop jet sizes til it smooths out. The needle adjusts the low into mid range.

forgot you're the wiz 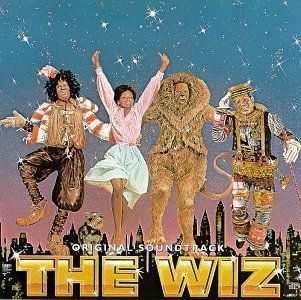 I'm at 62 with a 12mm round bing on a D with a clamp on expansion chamber, I'm not running an air filter, hope this helps!

The bike has a 45 rear cog in case I need to pop a wheelie.