Or... what happens when you break both snap rings... 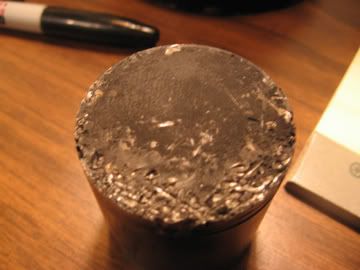 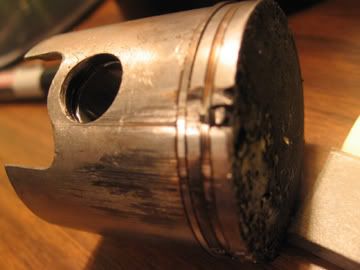 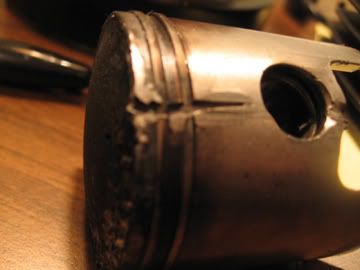 This sure ain't salvageable 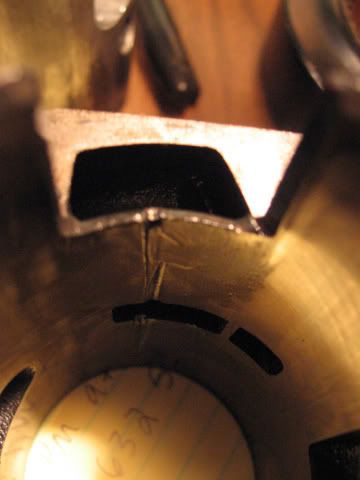 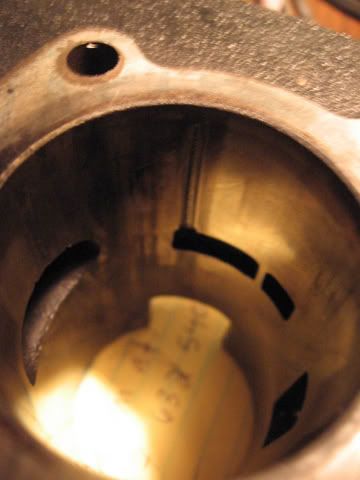 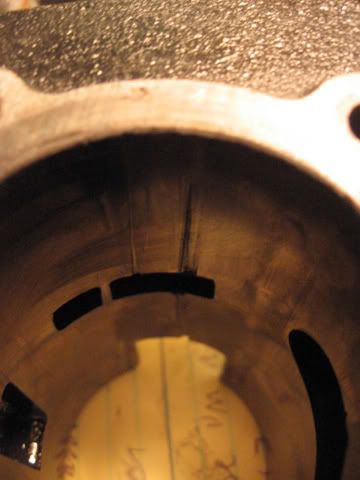 Could probably re-use the head with a little dremeling... 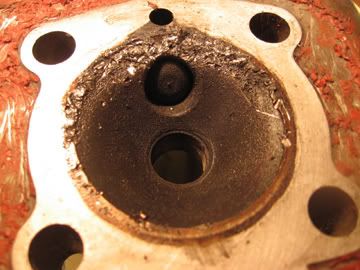 and last but not least, thank you... little snap ring, you get a F for the day, you little fucker. 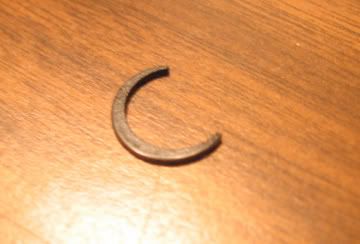 It's a pretty big bummer, this was my first moped, took super good care of it and slowly have been upgrading it and leaning how to tune. That kit was going to rip and I had JUST gotten it dailed PERFECTLY with my new phbg. I was idling, just started to accelerate, and BAM, uuuuuuh shit.

What this means for this poor little bike is it probably won't be running for some time (unemployment). The plan now is (since this is that SUPER RARE non-variated 103LS with the shorter crank) is to re-build the whole god damn fucking engine from the ground up. New crank, new case, bearings, seals, new kit, and VARIATOR!

I could take the case apart, make sure it's clean, dremel out the head and put the stock engine back on, but I'm not going to. It's a strange relief in some way, as the stress of unemployment and spending countless hours wrenching on this moped weren't really working for me... one of them had to go. Maybe it was some karmic force coming down, seizing my engine because down the block I would have had my head knocked off by some semi.... whatever helps ya sleep at night, ha.

Now I'll be sputtering around on my stock moby at 30mph around dolores and through the wiggle for a few months, hell maybe even a year considering this GREAT RECESSION we're in-- until' I can save ~$500 so I can break a whole new performance set-up.

PS- It was a 'vintage' cast-iron Polini 70cc that Kirk ordered from Italy back in the day (sorry dude). A real sweet kit that I obliterated.

how did both snap rings break, and what kind of snap rings were they?

They were the same snap-rings from my stock set-up, I just swapped them over to the kit. I even made sure to check they were aligned and not too loose. Shoulda just got new ones, it would have been a quick trip to treats.

My guess is one broke and it somehow threw the other out of whack, not really sure. The other one was no-where to be found, it's probably stuck in my case and in the head and piston.

may have been installed incorrectly, there is a proper way to do it. or just that you should use new ones every time. i'm really sorry to hear this andy. but hey, I'M ON MY 3RD PEUGEOT KIT, so don't feel to bad.

haha, thanks dude, I just think of the wall of shame and my own growing trophy collection.

lee, number 3 already? What happened to number 2, and more importantly, when are you duders (ettes) coming down to rock?

I have some new kits in route for the 103 if you want to try it again.

I shed manly tears for you bro. Manly tears.

hey dudes, it's alright. I HAVE A JOB INTERVIEW....uuugh, finally, this is the first interview I've had since moving here, and my friend works there so I think it will work out. The job pays exceedingly well, although it's temporary, so it's a start to my monster re-build!

there's another angel in heaven I guess.

haha.. yeah, sorry buddy. I'd like to think it isn't my fault, remember I even asked ya about re-using the circlips.

it's worse for me than you though, haha.