holy shit! i'm about to get one. like right now. i'll let you know how it does.

The volume of the Proma looks really small - most likely a high RPM pipe.

Yes - let us know how it works.

Tempting but I've already got Leo Vince pipes for each of my hobbits.

One of them runs great with the stock exhaust anyway.

techno boss is real tiny, and that pipe is fuckin' magic...

I just bought the proma, I will let you know how it works out.

i bought the polini replica. we should totally have a review battle!! kind of like thunderdome, but not as cool because its with words and master blaster wont be there.

What are your hobbit specs?

Mine is pretty much a stock 81 paII.

All I have currently are the boyesen reeds.

mine is a stock 78 PA50II. although i do have this totally custom rusted out smashed exhaust right now. a lot of work went into that exhaust. i'm kind of sad to see it go.

how do you like the boyesen reeds? i've been considering a set. but honestly i have been putting it off because i hate the way you have to take the whole bike apart to get to the damned carb. thats my lazy side. i guess i might as well get them now since i'm going to be upjetting anyway.

Dang, I might have gotten my hands on a hobbit and hes out already.

tommy if you get a hobbit I got ya covered...

I have pipes for days.

ARGH...stupid bills. Wish I could have grabbed one when they went up.

Tommy, you get those hobbits from Lancaster?

The ones in antelope valley that were on CL today? If so, then no :( I wanted them so bad. Those long beach folks got them . ugh.

Dude, I looked at em Tuesday and walked away. If I'd known somewhere here wanted them...

just got the polini replica in the mail!! its going on in about five minutes. i'll post results later.

totally rad. the difference between this and the stock pipe is immeasurable. pretty good mid range pull, and it added about 6-7mph (etimated, i used the holy fuck i'm passing you so much faster now method against my buddys monza gt). i need to gps it. i did lose a little low end, but not enough to bother me. next we'll see how it works with a kit on this bitch.

aaron, hows the proma working out for you?

i put the polini rep. on my 83 pa50II today it ran well sounded great lost a little low end like you said but overall great pipe. still my engine went nuts and won run sux

did you upjet? you definitely need to.

Just bought the Proma from Treats.

It was a tough call. I like that HUGE chamber on the Polini rip off, but like the length of the Proma. I also liked what Davey said about it.

ben!!! i'm really interested to see what that proma does. post some results when you get it on there!

You got it, man. It looks great. Smaller chamber for sure, but the Proma GP for the Puch cylinder is small as well and does great. I expect great low end and mid range for a stock cylinder.

I'm going to bolt it up see how it does and then shave the head and port the exhaust a bit. My buddy did this with a fatty 'burrito' pipe he fabbed and the bike did almost 50.

My hobbit was running 'ok' before. Four stoking alot and running very rich. It would get up to 30 but would four stoke and not go much past. Also it didn't like to idle, but i think that was an intake air leak.

When I installed the pipe I put Red high temp RTV (as mentioned by a fellow MAer) on all intake surfaces (reed block-crankcase, intake-reed block, carb-intake).

With the new pipe and intake seal the hobbit runs awesome. It only four stokes when going down hills at full speed. Not sure about the top speed as my speedo cable broke. I assume its around 35 or so judging by traffic.

Low end is really sluggish but once its start moving the mid pull is awesome. Good top speed cruising.

The low end is the biggest issue right now. I think that is attributed to my low compression. the last test i did it only had 90psi. I have new rings and gaskets to rebuild it.

I also was to check out the variator, I don't think its operating at 100%. I think I hear the plastic caps rattling around in there.

Those are the next projects.

But as far as the pipe goes: I would say it was well worth it. Install was easy, build quality is good and it very much improved my ped. 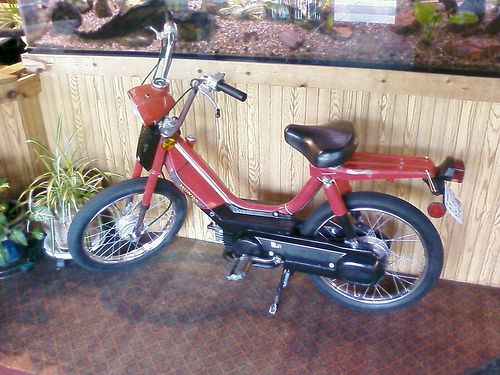 The Honda I was going to put it on went away...so I'm going to wait.

Fix that compression! It'll run like a champ with 120psi or more. 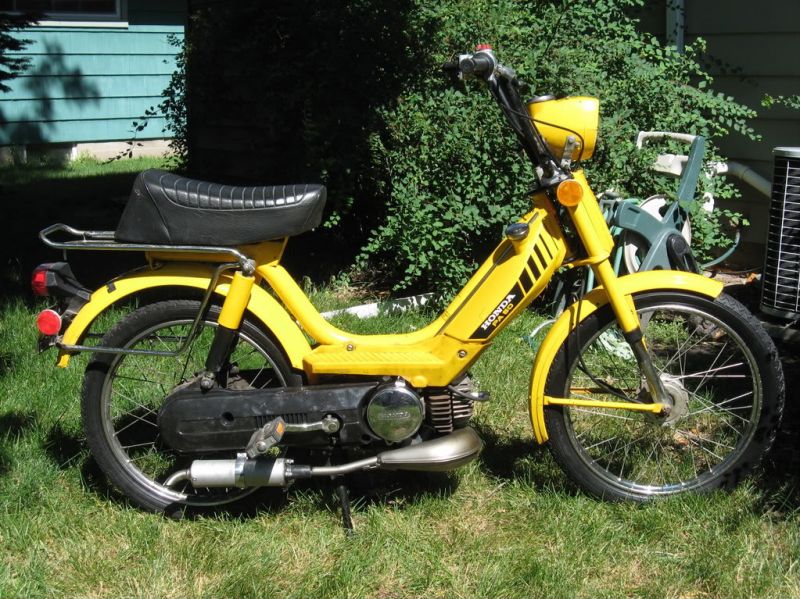