Hey guys, I picked up a 1981 Honda Express II over the winter that I'm just starting to break into. I was hoping it would be just a simple carb clean and battery replacement, but digging into it further, the piston was seized. I got the piston off hoping I could salvage the bottom end, but I found this gross goo all over inside of the crank case. I'm guessing the 2 stroke oil or something leaked in and gummed it all up.

I'm guessing that it won't be as easy as slapping a new top end on it, cleaning the carb, and hooking up a new battery. I will probably have to open it up and replace the crank, bearings, and seals. The transmission side isn't like this and is actually pretty clean. No oil or gunk in the magneto side either.

My question is, would it be worthwhile to attempt a full rebuild on this engine or should I cut my losses and part it out/sell it as a cheap parts bike? I haven't ever worked on Hondas before. Can I take off the piston, blast the inside with a few cans of carb cleaner while spinning it up with my drill, throw on a new piston, hone the cylinder, and be back in business? Is there any hope for it? The list of parts needed to fix it keeps growing, and I would rather not drop a lot of money into it.

Also if anyone is looking for a cheap parts bike let me know... Located in Eastern Iowa.

I have the parts that aren't on it in the first photo. 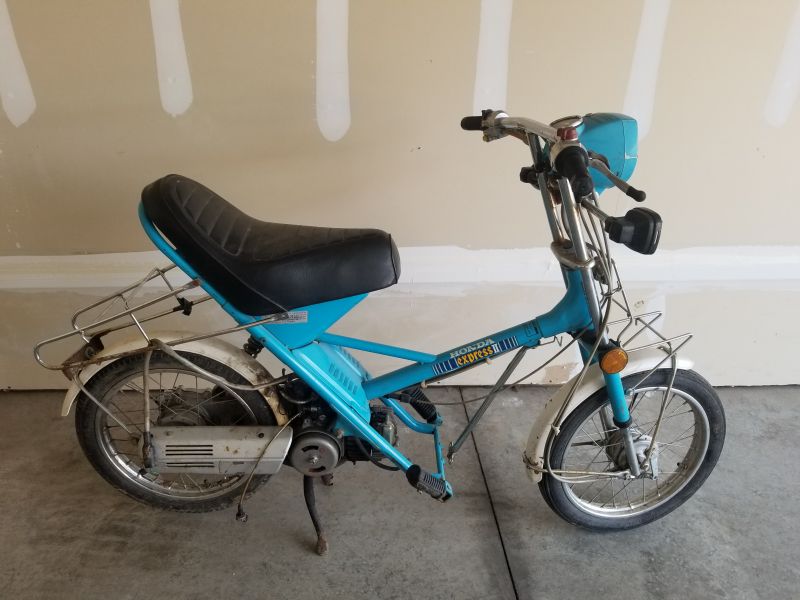 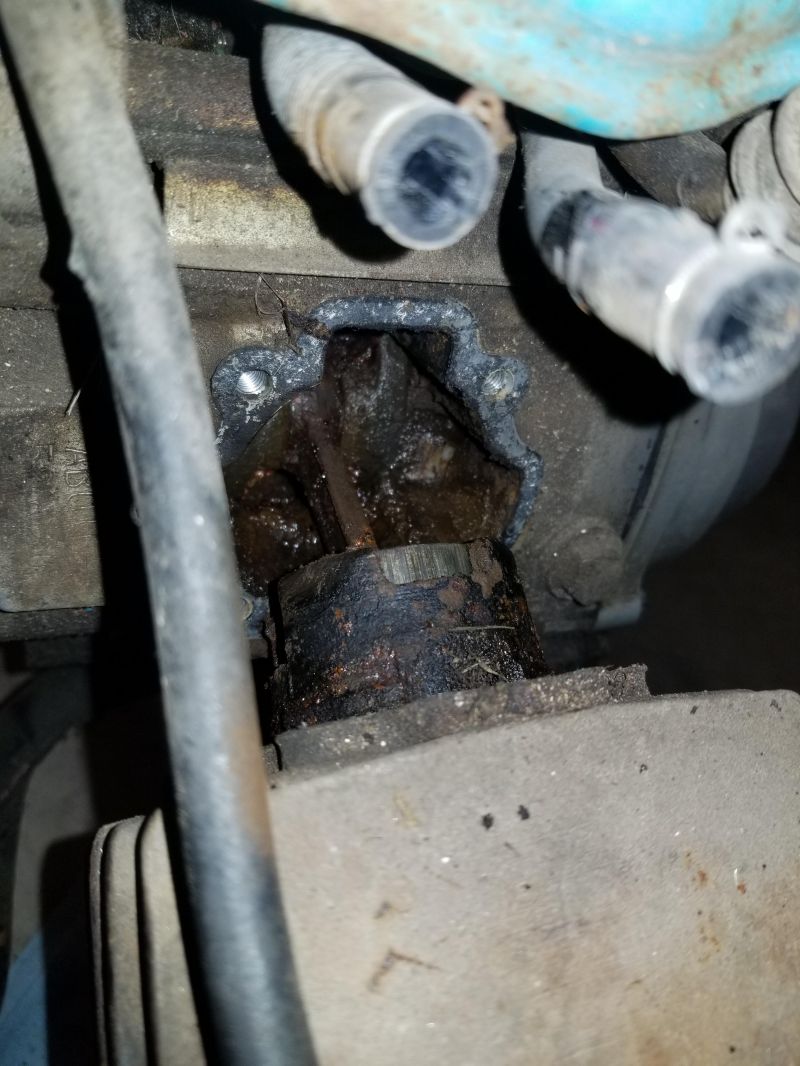 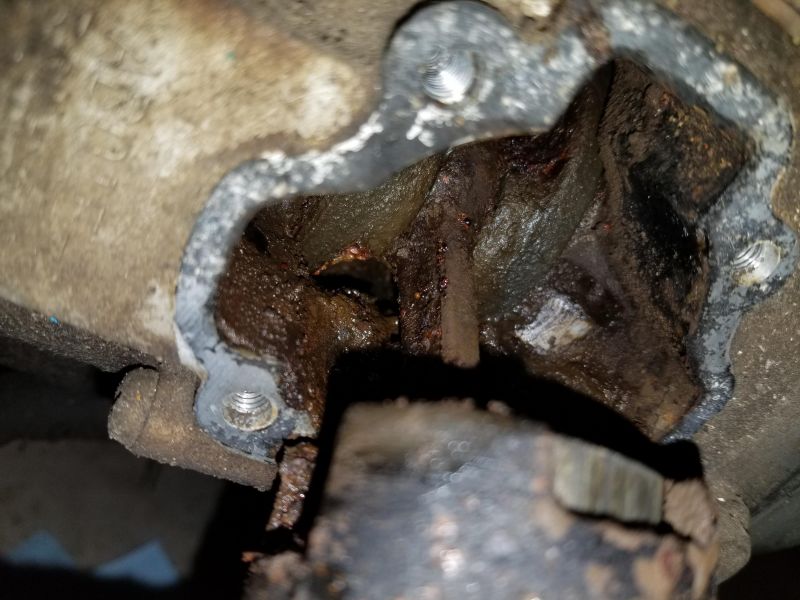 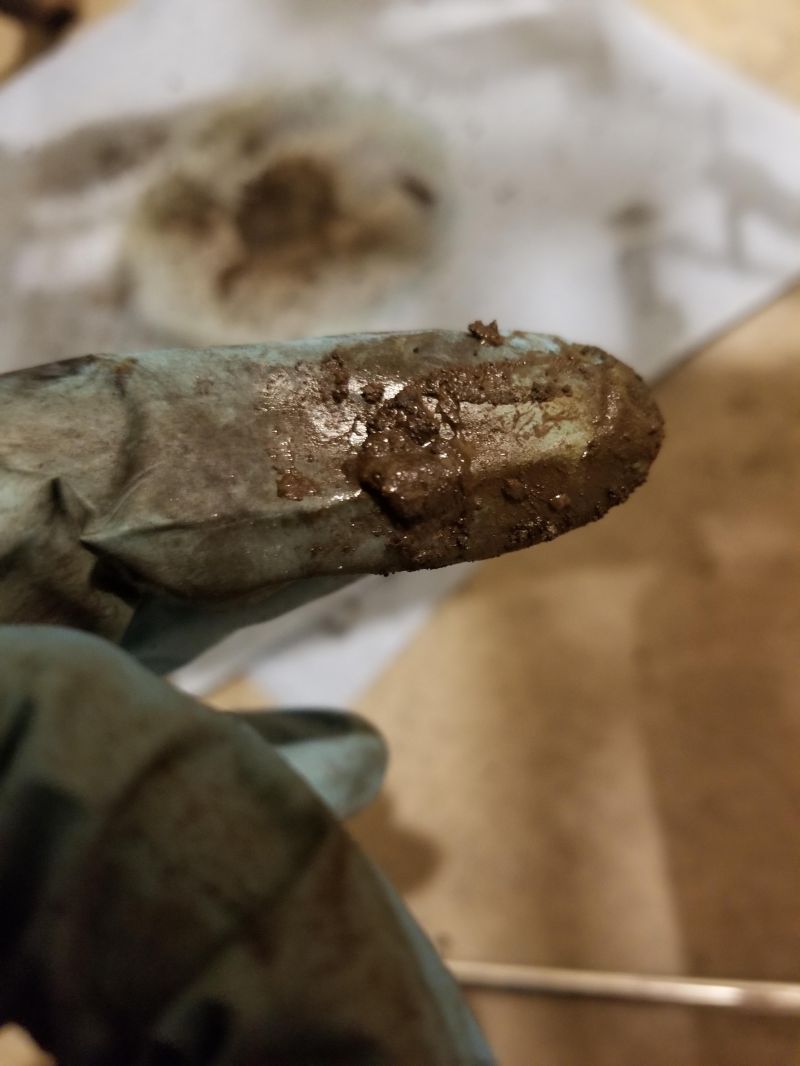 Probably left parked somewhere outside with no air filter on it and the rain filled it.

That would make sense, there isn't an air filter on the bike, and the rest of it is in pretty good shape. I'm guessing this will require a complete tear down and rebuild. That's probably more work and money that I am willing to spend on this little guy.

Part it or find another complete motor or sell it all off to someone.

too far gone. what river did that one come out of